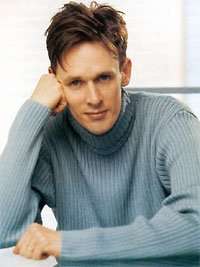 This was the first concert in a series devised by Ian Bostridge – “Homeward Bound” – in which he will participate in a varied programme of events over the next two seasons.

And it was, indeed, Bostridge’s portrayal of Captain Vere that was the high-point of this performance of Britten’s “Billy Budd” that was only intermittently satisfying. His lean, youthful appearance belied the opening of the Prologue – “I am an old man now who has experienced much” – but he had clearly thought carefully about the character and Britten’s musical lines, which were delivered with an uncommon eye for detail – diminuendos and other markings scrupulously observed – and was able to project the various facets of Vere’s personality with tremendous conviction. He was ideal in the thoughtful moments, yet was also commanding during Act Two and nearly bursting with anger in his exchanges with Claggart, quickly realising the Master-at-Arms’s evil intent when he accuses Billy of mutiny. This was, altogether, perceptive singing of a very high order indeed.

Gidon Saks, standing in for John Relyea, who had withdrawn for health reasons, was also thoroughly compelling as Billy’s nemesis. His dark, baleful bass was ideal in timbre whether barking instructions or for brooding reflection. This was, however, not a one-dimensional ‘baddie’. Saks, like Bostridge, was attentive to Britten’s performing indications and there was a greater degree of ‘light and shade’ than can sometimes be the case with this character. Was there not a note of regret in Saks’s voice when he realises it is his destined task to destroy Billy as the personification of ‘goodness’? 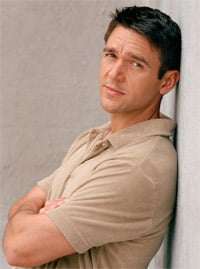 Regrettably, Nathan Gunn did not impress or convince in the title-role. His first appearance did not really register – not aided by the orchestra being at too high a volume level, a defect not confined to this passage – and he did not command a top A for the final, climactic phrases of Billy’s apostrophe to ‘Starry Vere’. Whilst Gunn’s tone is not unattractive, his projection was too ‘soft-grained’, and he did not convey, for want of a better word, the ‘charisma’ which makes Billy stand out from the crowd.

The supporting cast, however, was cast from strength, from the opening with solid contributions from the Mates and the Bosun, to the officers – Jonathan Lemalu especially telling – and to Billy’s friends. Alasdair Elliott (an early fluffed phrase apart) was a good, characterful Red Whiskers as was Daniel Teadt as Donald. Matthew Best’s Dansker provided solidity at the bottom of ensembles and demonstrated a paternal concern for Billy. Britten’s careful vocal ‘scoring’ allots key parts to tenors alongside Claggart’s bass; Andrew Kennedy’s Novice was a thoughtful portrayal whilst Andrew Tortise suggested Squeak’s obsequiousness.

The Gentlemen of the London Symphony Chorus had clearly been very well prepared and their singing, en masse, could be thrilling. More exposed solo or semi- chorus passages were less secure, however, and they were in danger of being overwhelmed in places.

The London Symphony Orchestra played confidently, and the ‘big’ moments were powerful indeed. Individual playing was, predictably, expressive, though the saxophone and piccolo had one or two ‘off’ moments in their exposed solos. Daniel Harding, using often very big gestures, seemed intent on proving that he is a Simon Rattle manqué, with comparable body movement and facial grimaces. Tempos were sometimes on the slow side, to the point of minimising dramatic momentum. Neither was ensemble always immaculate, with drum-strokes, for instances, not being delivered unanimously – though it was difficult to see how they could have been with such an imprecise beat. The chief fault was one of balance, with the orchestra not being discouraged from being too loud. Textures were often dominated by trumpets and timpani in a way not indicated in the score.

On the other hand, some of the minutiae of instrumental writing registered clearly – such as the ominous clicking of the strings’ col legno. Having seen three Britten operas in the space of less than a fortnight, it was this performance which was, finally, the least penetrating; though the power of Britten’s music was still astounding, in spite of whatever drawbacks there may have been in its execution.