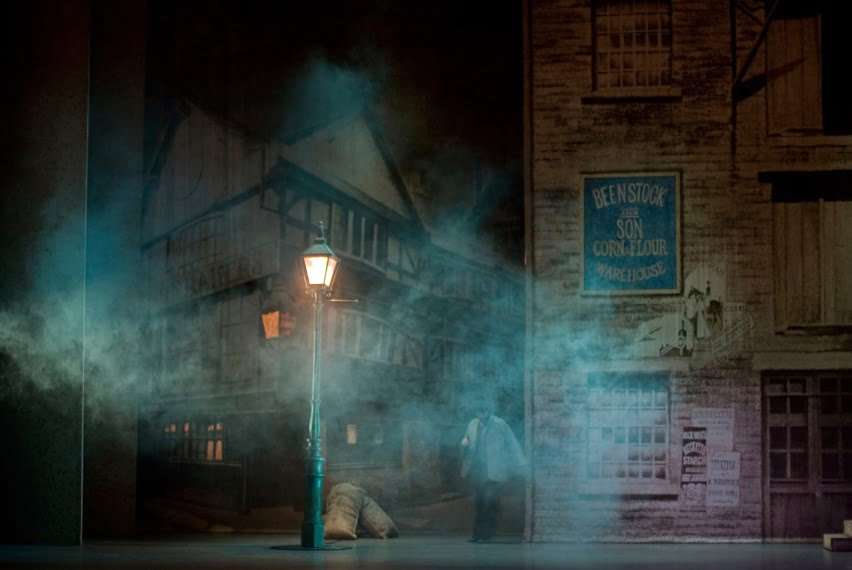 And so farewell to David Bintley, who has now stepped down, as Director of Birmingham Royal Ballet, the company he has led for twenty-four years. His departure marks the end of a British ballet blood-line which started with Ninette de Valois who started it all off in the late 1920s – Bintley, a character dancer of rare distinction, became a choreographer at an early age and was hailed very much as Frederick Ashton’s successor, and he has, indeed, always revered both their legacies. He now leaves and will be replaced by the Cuban Carlos Acosta in January – quite what that will mean to BRB’s repertoire is to be seen as Acosta’s first ‘solo’ season, the 2020/21 schedule, is yet to be announced.

To conclude his directorship, Bintley presented perhaps his most successful full-length ballet, the charming, funny and highly-entertaining Hobson’s Choice, created in 1989 for a perfect cast of actor-dancers. It has lost none of its many accomplishments thirty years on, as Bintley deftly tells the tale of shoemaker Henry Hobson, his three daughters and his boot-hand Will Mossop, with inspired dance-making fully in the English choreographic tradition. Harold Brighouse’s story translates surprisingly well into dance, with Bintley adding a little to the narrative to introduce more opportunities for ensemble work and brilliantly infusing his choreography with character – eldest sister Maggie, a stern and business-like woman is given sharp, brusque movements until she finds love in the unlikely form of her father’s talented but socially inept boot-hand Will. As a character, he is an innocent, and, when alone, dances with boy-like openness, full of exuberance and playfulness. Herein lies Bintley’s enormous talent for narrative and characterisation, matched by few, if any, among today’s dance-makers. 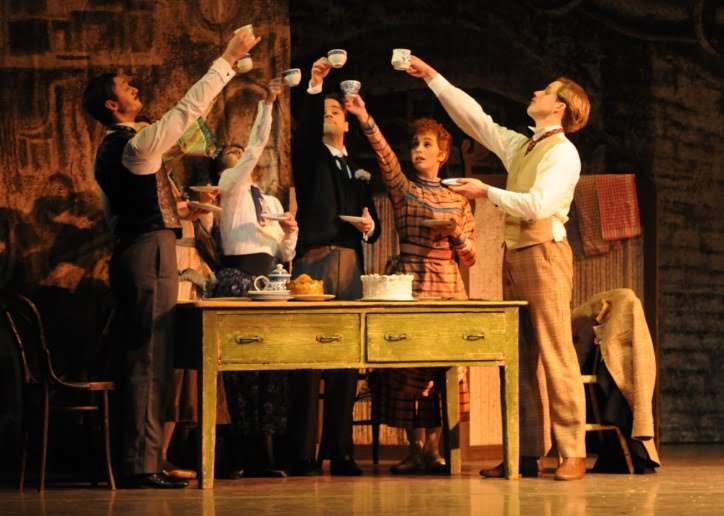 Hobson’s Choice demands accomplished dance-actors, able to satisfy the technical demands the choreography places on them as well as delivering detailed characterisation. BRB still possesses this sort of artist, and the opening night of this ballet demonstrated that, for now at least, the company’s dancers maintain the tradition. Lachlan Monaghan is a young Australian soloist who immediately catches the eye – he allies a strong technique with and engaging stage personality – so the part of Will Mossop fits him like a bespoke shoe. Memorably created by Michael O’Hare, the role requires a perfect fusion of dancing and acting ability, which Monaghan perfectly delivers. With a goofy smile for this bewildered innocent, he dances up a storm, is infectious in his enthusiasm, touching in his social awkwardness, hilarious in his embarrassment on his wedding night; in short he has it all and can count this ballet as one of the best things he has done so far. He needs to be cherished and developed even further as an artist by the new director.

Samara Downs, new to the role of Maggie, judges the part to a T, starting with a busy, bustling quality which begins to melt as she finds that the man she has chosen for herself (the immensely talented but hapless Will) actually also stirs her heart. She and Monaghan are well-matched in duet work which sees both of them achieve a spontaneous quality in their movements which is tremendously exciting.

Surrounding the main pair, excellent dancing colleagues – the two remaining flirty, flighty Hobson daughters Alice and Vicky were danced with verve by Delia Mathews and Laura Purkiss, while their suitors, Albert Prosser and Fred Beenstock were beautifully characterised. Mathias Dingman was a swaggering, happy-go-lucky Fred with a Rolls-Royce dance technique while Rory Mackay was a delightfully prissy Albert – he would make a superb Bridegroom in Ashton’s A Wedding Bouquet, and indeed much if his choreography is reminiscent of Ashton’s early style, possessing an almost vaudeville quality. 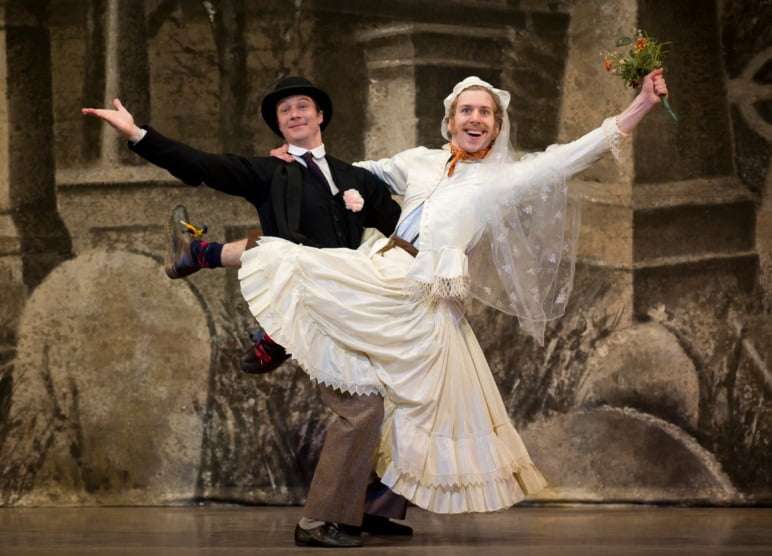 The Act Two Sunday afternoon in the park, complete with bandstand, is a genius episode and the excuse for a zany, incongruous pas de six for the Salvation Army, full of double tours and fouettés, the latter performed with cool insouciance by Momoko Hirata. It was luxury casting indeed to see the incomparable Marion Tait as the rich Mrs Hepworth who bankrolls Mossop after he and Maggie walk out on old Hobson to set up their own business. Tait can convey an idea, a mood, a reaction with the raising of an eyebrow or the tilt of the head – a great dancer in her time, still a great actress and artist.

Philip Ellis was expert in bringing out all the verve in the late Paul Reade’s for-this-ballet superb score, and Royal Ballet Sinfonia responded with playing brimming with life and enjoyment.

Hobson’s Choice is an apposite closing work for Bintley’s directorship – it is a quintessentially English ballet, the sort that de Valois believed would and should emerge from the national character and cultural traditions – indeed it is dedicated to her: ‘For Madam – an ‘English’ ballet’. It, and Birmingham Royal Ballet, represent that tradition, started by de Valois herself in ballets such as the now rarely-seen The Rake’s Progress, continued by Ashton and then taken up by Bintley. With his replacement, the internationalisation of British ballet is pretty much complete – other British choreographers create ballets which do not possess an identifiably national quality or style; Bintley has always been a very British dance artist. We thank him for his directorship and for his ballets, which, we hope, he will continue to create – his talent is too considerable for that to stop.