In the Upper Room

It was with great relief that I watched BRB’s Triple Bill – after the blandness of Romeo and Juliet I was fearful that the company had lost its edge. It hasn’t and this varied and, if truth be told, not overly promising, mixture of works proved they remain a rich company, both in repertoire and dancers. 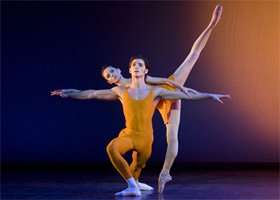 This year is the Year of Kenneth MacMillan’s Concerto – it has already been presented by The Royal Ballet at Covent Garden and The Royal Ballet School at its Annual Matinée – and so it was neat, if not the greatest example of concerted planning – for BRB to essay the work. Made in 1966 for the Ballet of the Deutsche Oper, Berlin, where the choreographer was Company Director, it is a cheery, quirky work, designed to instil some rigour into the corps de ballet and set to Shostakovich’s foot-tapping Second Piano Concerto. Its jewel is the extraordinary central pas de deux, an essay in abstract serenity, which ranks among the choreographer’s best – and that is saying something. 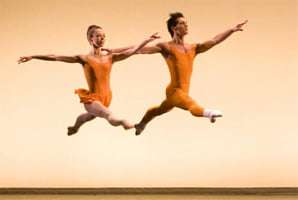 BRB did the work proud and emerged the victors in the Royal Ballet family competition. The corps had been extremely well drilled and clearly relished the kooky arm movements and rapid changes of direction, surpassing Covent Garden. Impressively cohesive (again RB 1-BRB 2) were the three supporting couples, both in terms of style and musicality. The first movement makes for a tricky opening, not least in the frankly bizarre variations on classical steps MacMillan demands of the lead man. Joseph Caley delivered these with aplomb, although I was surprised to note that his jump seems somewhat diminished of late. Ambra Vallo made for a coolly confident lead woman, sailing through the choreography, although I would have liked a little more suppleness in her upper body and a notch higher on the crispness of attack.

In the final movement, the solo lead woman was impressively taken by Gaylene Cummerfield, for whom it all seemed all too easy – that is precisely what it should seem and contrasted noticeably with the effortful dancing we saw in the part at Covent Garden a few months back. Why The Royal Ballet insist in not casting principals in this ballet eludes me – BRB cast from strength and it showed, Covent Garden from a pool of technically variable dancers.

At the work’s centre Jenna Roberts and Tyrone Singleton were excellently matched in the pas de deux. What was interesting was the difference in focus from Covent Garden: The Royal Ballet goes for a seamless, dreamy quality which sees legato dancing of the first order (this pas de deux was cast from strength). BRB have chosen taller lead women (Céline Gittens is second cast) and here Jenna Roberts delivered different inflections, admirably twisting, although she needs to bend her back more to give full weight to those luscious bends. She went for a crisper, more staccato quality, which, although unusual now, is entirely valid. A notable performance. 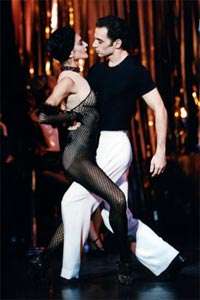 Passing to George Balanchine’s piece of fluff Slaughter on Tenth Avenue. This was another work which came up fresh. It has been in the company repertoire since 1999, but I do not remember it having been so enjoyable in previous outings. Taken from the 1936 Rogers and Hart musical On Your Toes, for which Balanchine, as a jobbing choreographer newly arrived in the States, arranged the dancing, it follows a typically New York storyline of molls and gangsters, all combined with ballet dancers and hoofers. Originally performed by Roy Bolger and Tamara Geva, Gene Kelly also danced it (in a revised format) and it reappeared firstly as a piece in its own right in 1968 when Balanchine revived it for New York City Ballet and then in the full musical again with Natalia Makarova in 1983. It stands as an example of the blurring of the lines between ballet and commercial theatre, which was common in the 1930s, and a reminder that even Balanchine, the great ballet choreographer, turned his hand to musicals and revues to make ends meet.

Despite Kate Ford’s rather pointless backdrop of what look like over-stretched fishnet tights, the work comes up alive and fresh – Robert Parker is superb as the dishy Hoofer, who must dance on to save his life ( a gangster has been told to shoot him dead when he stops). This performer, who retired from dance to become and airline pilot but who then returned, has since that episode entered the state of grace which blesses older, more experienced performers when technique, strength and stamina are all still in place and are allied to an easy, confident stage manner – he shows his sheer love of dancing (see Leanne Benjamin at Covent Garden to experience something similar). As Hoofer’s beloved Striptease Girl, Céline Gittens is impossibly long-legged, totally gorgeous and highly glamorous. She abandons herself to Balanchine’s lunges and backbends as if her spine were made of rubber. BRB peoples the stage with multifarious hoods, cops, bartenders, match girls, who all throw themselves into this nonsense with total commitment. Accompanied by Hart’s irresistible score, what could pass as a nothing emerges as great fun. It made me long to see the company reviving some Massine works – they continue to posses that demi-caractère quality the company has historically been famous for, and they would, I am sure, excel, in Mam’zelle Angot or Gaîté Parisienne. 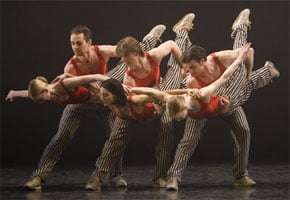 Twyla Tharp’s In the Upper Room was also a triumph. Tharp’s high-octane choreography set to Glass’s tsunami of sound has never convinced in the past, but this particular cast made the very most of it – Tharp iconoclastically jumbles classical ballet with street moves, pointe shoes with trainers, and splits her cast into ever changing groupings, powering through the nine sections of this score. Alexander Campbell is an impressive dancer, who caught the eye in this, as did Robert Parker who was clearly having a lot of fun . Matthew Lawrence may present a more mature silhouette than his fellow dancers, but he spins like a top and partners with both strength and elegance, not least when supporting his wife, the cool-as-a-cucumber Gaylene Cummerfield. Carol Ann-Millar stood out again with the sheer brio of her dancing.

This was, in performance, a hugely enjoyable and engaging mixed bill, which showed off this company to good effect.