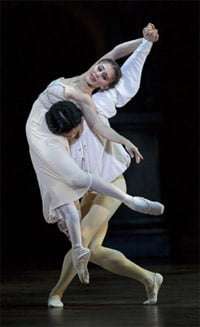 BRB presented two separate programmes during their brief one week Sadler’s Wells London season, starting with the money-in-the-bank cert, Kenneth MacMillan’s Romeo and Juliet. It is extraordinary how this work captures the public’s imagination and leaves them queuing at the box office; extraordinary too that his 1965 version for The Royal Ballet (acquired by BRB in 1992) sweeps almost all before it. John Cranko’s version exists in Stuttgart, Rudolf Nureyev’s in Paris, soon to be revived by English National Ballet, and Frederick Ashton’s has been allowed to disappear from the repertoire. But MacMillan’s is to be seen across the globe.

He did, admittedly, produce a three-act block-buster, very much inspired by the Soviet production by Leonid Lavrovsky brought to London by the Bolshoi in 1956, and since then it has dominated the schedules. But it is not fool-proof: his world of Renaissance Verona is a dangerous place with no sweet ballet conventions to prettify it; the emotions are writ large but characters carefully drawn and in great detail; fury is ugly, deaths not sweet and touching. 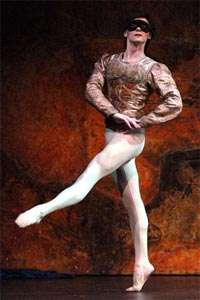 However, the temptation in ballet is always to prettify, to make lines neat, to smooth the rough edges, and, alas, that is exactly what is happening to MacMillan’s Romeo at Birmingham Royal Ballet. Rather ‘pretty’ sets and costumes by Paul Andrews make it all look like the work of some high Renaissance Old Master. While we can appreciate the sophistication of the brushstrokes and choice of colours, there is an unengaging superficiality to it all when compared to Nicolas Georgiadis’s original designs for Covent Garden.

Similarly, MacMillan’s dangerous choreography (Juliet was created by the great dance-actress and risk-taker Lynn Seymour) has been smoothed out, made bland – thrilling off-centre spins and balances have been brought closer to the vertical, market-place peasants skip and hop with the pretty unity of their counterparts in Giselle and The Sleeping Beauty. But this is not ‘classical’ ballet, and MacMillan was, as he always did, trying to push the boundaries of what ballet could achieve.

Casting did not help. Jenna Roberts, a tall, long-limbed First Soloist was the first night Juliet, and while she seemed able to convey winsomeness with aplomb, the emotional range went little further. Iain Mackay, equally tall, looks too mature for the love-struck teenager and has little detail in his acting – a generic ‘Ooo, I think I’m in love’ air about him does not suffice. Romeo’s choreography is certainly exhausting, but Mackay simply didn’t nail enough of the technical challenges – too much sloppiness in landings to be acceptable.

The corps de ballet suffered from a similar blandness, the fighting cocks of the two rival houses as un-butch as could be imagined (Oliver Till stands out from this crowd and makes as much as he can from what he is given), the women gesticulating in time-honoured balletic rhubarb fashion. It was left to the ‘secondary’ characters to inject some individuality into the proceedings: Alexander Campbell’s spunky Mercutio – I particularly liked his angry death scene with fury mounting at having been robbed of his life, his curses to Tybalt and Romeo were electrifying. He sailed through his jokey choreography. Robert Parker was a mean and brutish Tybalt, his sense of honour all too easily bruised, his anger explosive. Marion Tait continues to astonish – a treasured and intelligent ballerina with the company, its reigning dance-actress, she has now progressed to character roles, and she continues to draw attention with her detailed and wholly convincing portrayals, here as Lady Capulet. But when the most interesting elements of Romeo and Juliet are not Romeo and Juliet, you know that something is amiss.

Matters were not helped by Paul Murphy’s prestissimo canter through Prokoviev’s oh-so-familiar score. While I generally applaud brisk tempi in dance – the tendency is to slow things down and to let drama and the choreographic pulse slacken – here Murphy hurried and harried his dancers, forcing steps to be missed out or merely hinted at, and introducing a breathless quality which is not welcome.