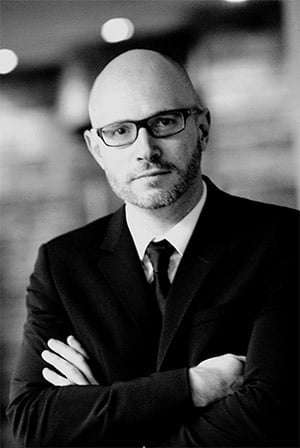 Although one in a series of Barbican Centre events marking Harrison Birtwistle’s 80th-birthday, this well planned Britten Sinfonia concert also dovetailed themes of lament and the English landscape. In doing so it served a timely reminder that ‘pastoral’ has become something of a dirty word when describing British music, which is far more continental than these generalisations would have us believe. Indeed, in an interview with Baldur Brönnimann, when asked if Harrison Birtwistle’s music is English or European, replied simply: “It’s just great music!”.

Of course Ralph Vaughan Williams’s Fantasia on a Theme of Thomas Tallis draws on English musical heritage, a deeply-thought and affectionate rendering of the older composer’s hymn ‘Why Fumeth in Flight’, dressed in the clothing with which Vaughan Williams perhaps felt most comfortable, the string orchestra. The Britten Sinfonia divided into two, the string quartet part of a group at the front, while at the back the glassy harmonics of the central section of the piece were beautifully rendered. This division brought added clarity to the writing, bringing out the nuances of each individual part, for this was a relatively small-scale interpretation that used vibrato judiciously. The shifting harmonies undulated like ripples on a lake, while solos from Thomas Gould and Clare Finnimore were sensitively phrased.

Gustav Holst remains a misunderstood composer, judged primarily on his most popular work The Planets at the expense of the rest of his output, which that Suite does not represent. As a creator, Holst is frequently adventurous, cosmopolitan, economical and deeply expressive. These Four Canons found their expression through austerity, and although miniatures they contain music of great feeling. The subject common to each is loss, and ‘David’s Lament for Jonathan’ was especially profound in its falling motifs, the bottom dropping out of the music to accurately represent a grief almost beyond words. There was little consolation elsewhere, although ‘If You Love Songs’ was beautifully rendered, its troubled countenance resolving by the end.

The selection ended with a setting of ‘The Fields of Sorrow’, and segued straight into Birtwistle’s 1971 piece setting the same text, and helpfully beginning at the same pitch. This is essentially a mood piece, a troubled landscape, the deepest, darkest green, the only brightness coming from two sopranos, Juliet Fraser and Helen Neeves. A pastoral meditation, maybe, but one containing the angular crags and moody firmament of the composer’s Northern England. The sky was sour with imminent rain, the rocks cold and unforgiving. Baldur Brönnimann conducted with impressive attention to the instrumental detail.

The personnel of the Britten Sinfonia swelled for the second Birtwistle piece, Melencolia I (after Albrecht Dürer), the ranks also complemented by musicians from the Royal Academy of Music, with whom the Britten Sinfonia has an educational scheme. Thus eighty or so musicians were crammed on to the Milton Court stage – and the acoustic struggled to contain such a big body of sound. Yet herein lay the conundrum, for Birtwistle does not ask at any point for full dynamic potential, and this slowly moving piece again evoked rather sombre moods. There was a cumulative momentum but one that only really bore fruit in the closing pages, where the sudden velocity of Helen Tunstall’s percussive intervention on a harp led to a highly pitched outburst from clarinettist Joy Farrall, an alarming and brilliantly realised finish to shake listeners. Farrall was superb in her concertante role, while Brönnimann did well to pace material that is on occasion puzzling in its introversion – not a word often associated with Birtwistle!

After this emotionally heavy music a little light relief was needed, and this was in part provided by Flos Campi, Vaughan Williams’s meditation with an ecclesiastical flavour on the beauty of flowers. This enigmatic piece is one of a kind, and is rarely performed because of its unusual instrumentation, a viola joined by wordless chorus and chamber orchestra. It is neither concerto nor suite, more a set of contemplations about unspecified surroundings – not explicitly pastoral, but rather elusive thoughts, running free, led by the viola’s beautiful soliloquies of the viola.

That this performance was so successful was due to Clare Finnimore, stepping in at half-a-day’s notice when Maxim Rysanov pulled out through illness. Finnimore judged her contribution to perfection, playing with considered phrasing and acute judgment of dynamics. The Britten Sinfonia Singers sang their vocalise from on high, an ideal position from which they were expertly drilled and responsive, adding a welcome brightness to the sound. Brönnimann clearly holds affection for Flos Campi, music that enjoys the beauty of nature, in spite of all the troubles man puts in its path.