Pärt
Cantus in memoriam Benjamin Britten
Tallis
How shall I sing that Majesty?
Vaughan Williams
Fantasia on a Theme of Thomas Tallis
Toward the Unknown Region
David Goode
Blitz Requiem [world premiere] 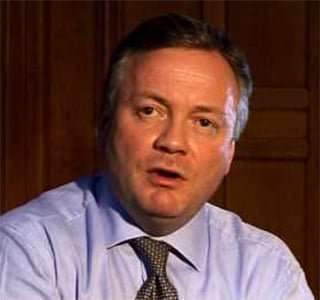 It was a neat idea, having Arvo Pärt’s invocation of Britten’s spirit to ease us into this programme of otherwise English music. The bell at the start of his Cantus inevitably has a knowing echo of the ‘Sanctus’ of Britten’s War Requiem, and Pärt’s music goes on to remind us of the substance that can be derived from a simple, descending minor scale. David Hill’s meticulous crafting of the music’s accumulative textures achieved a fine iridescence from the RPO’s strings – it would be interesting to see how Mantovani wrote down his similarly singing, overlapping sound – and Hill had a sure instinct of how far he could stretch its minimalist impact without overplaying its spiritual content.

Before the RPO strings moved on to Tallis Fantasia, the Bach Choir sang the Tallis psalm tune that Vaughan Williams so spectacularly recreated. It’s always a great pleasure to be reminded of the quality of the Bach Choir – you take aspects such as immediacy and ensemble for granted, but this superbly flexible chorus still surprises with variety of tone, subtlety of phrasing and adaptability of style. The way the singers let each phrase float into existence was mesmerising, and Tallis’s open-ended final cadence flowed effortlessly into the subliminal lower strings pizzicato suggestion of the tune that starts the Fantasia. Vaughan Williams’s hierarchy of antiphonal and solo playing worked to potent effect in surroundings not so dissimilar from the work’s premiere, and Hill made the searching developmental passages sound with great clarity. He geared the performance to take maximum advantage of the Cathedral’s ample reverberation, which cherished the music and gave it plenty of space to make its mystical presence felt. The quarter-hour chimes from the south tower clock outside gave an indication of the suspension of time at work inside. The bigger forces needed for Toward the Unknown Region added up to an exalted blur, which still did justice to Walt Whitman’s visionary poem about spiritual abandonment and renewal, with Vaughan Williams’s characteristic ecstasy expressed in playing and singing of dome-filling grandeur.

The main point of the concert, though, was the premiere of Blitz Requiem, David Goode’s setting of the poem by Francis Warner. The dramatic image of St Paul’s floating above the destruction of London during the Blitz has been given a thrilling and moving new dimension in a work that could not be more site-specific. Warner’s poem uses the usual sections of the Requiem Mass (in English), which he shapes to his poetic will. He’s done it with immense skill and sympathy, the poetic equivalent of the war-time paintings and drawings of English artists such as the Nash brothers, Nevinson, Spencer, Ravilious and Moore in its potent mixture of the detail of ordinary life, narrative tension and subdued imagery – a far remove from Whitman’s surging mysticism. It’s direct, intimate, grand and immensely compassionate, and has been powerfully realised in David Goode’s substantial, hour-long score, one that easily holds its own in company with another war-themed requiem.

Goode’s idiom is conservative, with shades of Elgarian intensity and Mahlerian regret flickering in the corner of your ear, but his style is very much his own, covering a huge expressive range. Above all, it enhances Warner’s poem rather than merely reacting to it. Passages of word-painting never diverted to bathos, elements such as parody and irony were folded in quite naturally to leaven the overall seriousness, and its shape – a substantial ‘Dies irae’ relieved by the simpler ‘Sanctus’ and ‘Agnus Dei’ sections, then the stature re-established in a tragic passacaglia for the ‘Responsorium’, gathering to a shattering climax at the close of the ‘In Paradisum’.

Possibly Goode’s ambitious structure and sure harmonic sense implied expectations of a more expansive melodiousness, but in every other respect – in the Bach Choir’s layered rather than Anglican-homogenous sound, the complex emotions of the melismatic vocal lines for the four soloists, some inspired orchestral writing (with some solo gifts for the woodwinds) and a role for the St Paul’s organ that went way beyond just filling out orchestral texture – Goode has achieved a remarkable, compelling vision, realised with great energy by the RPO and Bach Choir. Emma Tring used the top of her radiant soprano with some stunning results; Susanna Spicer had a thrilling presence in her ‘Dies irae’ solo; Matthew Long gave his easy tenor voice full rein; and Robert Davies illuminated the text with an appealing blend of finely sung robustness and sensitivity.