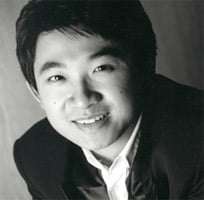 Bobby Chen was born in Sandakan, Malaysia. A series of concerts in 1996 brought him international recognition. He trained at the Yehudi Menuhin School and the Royal Academy of Music and this was his third Wigmore Hall recital. On this occasion the auditorium was at best half-full.

The introduction to the ‘Pathétique’ was very slow, with long pauses, yet there was a beautifully sustained sense of song and the Allegro was light and moderately paced with no slowing for the second subject. If everything was very fluid, a sense of drama and tension were missing. In the middle movement the opening tempo was slow and well sustained, with only a slight change for the central section, but there were minor breaks in the line and the return of the first theme brought a whole series of wrong notes. As in the first movement, the finale was elegant, but lacked real power, although the coda was brilliant.

The Chopin received a distinctive performance. The opening was spacious and the phrasing and rhythms very idiosyncratic, romantic, and with fluctuations of tempo, but little true rubato. The first climax was underplayed and some of the playing decidedly untidy.

In Estampes the first piece, ‘Pagodes’, was subtly coloured, but the tone lacked translucence and greater rhythmic finesse was needed. But ‘Soirée dans Grenade’ was discretely and very effectively underplayed, with a light spring to the rhythm and a beautifully soft ending. The finale would have benefited from more shape to the phrasing and a greater sense of attack and animation, but within its limited compass the interpretation was effective.

Prokofiev’s arrangements of music from his great ballet-score Romeo and Juliet demand exceptional virtuosity and the ability to make the listener forget the kaleidoscopic orchestration. Chen didn’t manage this. The first three pieces were earthbound and sometimes plodded along and the themes for the Montagues and Capulets needed far more swagger and colour, with a greater sense of line to make the contrasting section cohere. In essence Chen lacked a real sense of imagination and a sufficiently large palette of colours to bring the music to life. The Toccata was a different matter, dangerously fast, the rhythm was electric, Chen totally at ease. In an ideal world, there would have been a touch more devilry, but this was still very exciting.

There were no encores; a pity, for having found his feet a couple of extras might have continued to display Chen’s gifts to greater effect.