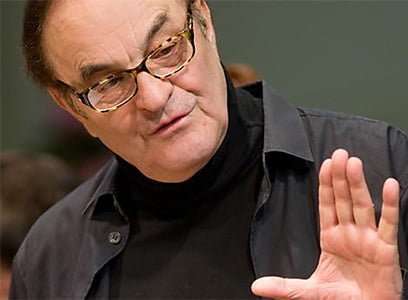 Benjamin Britten’s War Requiem, commissioned for the 1962 dedication of the re-built Coventry Cathedral which had been destroyed in a November 1940 German bombing raid, placed the composer firmly alongside Schoenberg (A Survivor From Warsaw) and, from later, Steve Reich (Different Trains) at the top rank of 20th-century musical memorial composers. The Boston Symphony Orchestra gave the American premiere of War Requiem on 27 July 1963 at the Tanglewood Festival, Erich Leinsdorf conducting.

Fifty years on, the BSO, under the sure guidance of Charles Dutoit, gave a beautifully articulated, emotionally charged performance in Symphony Hall. Dutoit is a master of exquisitely balancing and integrating all of the elements. The large forces – three solo singers, orchestra, chamber ensemble, chorus – filled the stage, and the boys’ choir took up part of the second balcony, all delivering a stunning and enveloping sonic experience. The text of the Mass for the Dead is made all the more haunting in juxtaposition with Wilfred Owen World war One poems. The vocal soloists represented, as Britten intended for the premiere, England, Germany, and Russia. War Requiem is divided into six parts: ‘Requiem aeternam’, ‘Dies irae’, ‘Offertorium’, ‘Sanctus’, ‘Agnus dei’, and ‘Libera me’. Each section interweaves Owen’s texts. 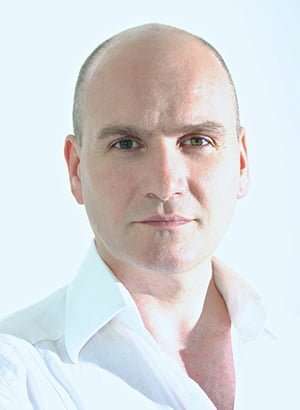 The ‘Requiem aeternam’ set the tone with a slow, quiet introduction that built gradually, setting a note of unrest signified by a recurring F sharp-C major tritone from the chimes, contrary to the words. John Mark Ainsley brought an incisive contrast to liturgical text with his passionate singing of “What passing bells”.

The longest section, ‘Dies irae’, introduces the baritone and soprano soloists, the brass and percussion section shaking the walls. Matthias Goerne’s dark baritone was superbly suited to “Bugles sang”, and contrasted beautifully with Ainsley’s warm, expressive tenor in their duet, “Out there, we walked quite friendly up to death”. The chorus, returning to the Mass, sings affectingly of supplication, but Owen always brings the focus back to the reality of war. Tatiana Pavlovskaya, possessor of a very Russian soprano, added the just right amount of emotion to her singing in tandem with the chorus. She exhibited solid pitch, and an enviable pianissimo. Ainsley’s reading of “Move him, move him” provided the heart-rending close.

The boys’ choir contributed its clear sound to the ‘Offertorium’, bracketing the baritone and tenor duet, “Isaac and Abram”, forcefully and poignantly sung. In this version of the story, Abraham kills Isaac, and, bringing the story into the 20th-century, “half the seed of Europe, one by one”. Pavlovskaya brought a lovely, warm sound to the ‘Sanctus’, joined by the chorus in an exuberant ‘Hosanna in excelsis’ with the full orchestra. The mood was undercut by Goerne’s resigned singing of “After the blast of lightning”. The ‘Agnus dei’ conveys a quiet acceptance, the chorus singing the text slowly and quietly, as if rocked by the waves of the sea. Ainsley delivered a pointed reading of “One ever hangs”, which berates patriots who do not fight, and calls for eternal rest for those who laid down their lives.

The final section, ‘Libera me’, recalls the ‘Dies irae’, but speaks of eternal death, with the chorus, soprano, and orchestra building an apocalyptic crescendo and crash. Ainsley and Goerne sang “Strange Meeting”, about an encounter in a dream between an English soldier and a German one, both dead. The soloists present it without embellishment, making the recognition that the English soldier has recently killed the German even more powerful. The boys’ choir, chorus, and Pavlovskaya sang a transcendent ‘In Paradisum’. The piece concludes as quietly as it began with “let us sleep now” from the tenor and baritone, followed by one last supplication by the chorus: “Let them rest in peace. Amen.” This was one of the most exciting concerts in recent memory.