For this week’s appearances as guest conductor of the Boston Symphony Orchestra, Mark Elder paired Sibelius’s hauntingly beautiful Violin Concerto with Shostakovich’s rarely heard Symphony No.4, a formidable and majestic piece that the composer described as his artistic “credo” and whose only prior BSO performances were conducted by Gennadi Rozhdestvensky in 1978.

Shostakovich began his Fourth Symphony in 1934, then discarded his initial efforts in 1935 and began a completely new version. While he was in the midst of composing the new version, he was denounced for the crime of “formalism” in the infamous article, “Muddle Instead of Music”, that appeared in “Pravda” in 1936. Despite the vicious attacks, Shostakovich continued working on the symphony, but the concomitant political pressure drastically altered its fate. Rehearsals by the Leningrad Philharmonic were already underway when officials from the Composers Union cancelled the December 1936 premiere and the score went unperformed until 1961.

In an eloquent and laudatory spoken introduction, Elder summarized the tortured history of the work, reminding us how young Shostakovich was when he completed it (not yet thirty years old) and arguing that the work was in the risk-taking vein in which the composer might have continued to work had surrounding events proceeded differently. Whether or not audience members agreed with Elder’s contention, they could not fail to admire his commitment to the music. He led a superlative performance that made one regret that this momentous and very personal work is not performed more often.

The enormity of the piece is apparent even before the music begins. The work is scored for a massive orchestra – the largest in any of Shostakovich’s fifteen symphonies – and features an expanded percussion section with six timpani, along with prominently displayed chimes, snare and bass drums, xylophone and celesta. Elder got the mammoth ensemble off to a stirring start as it launched into the strutting, martial theme that opens the work. The whole performance was full of urgency, vigor and deep feeling. 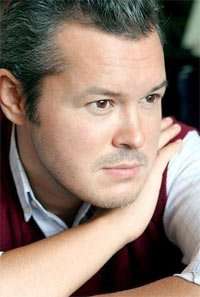 Elder paced the wide-ranging outer movements splendidly, bringing out all the irony and bizarre humor of the music, but never forgetting its fundamental darkness. The BSO musicians were in splendid form, playing with wonderful full-bodied sound when required, and momentum that created wonderfully dramatic tension. There were long stretches (the Largo section of the concluding movement, for one) when their delicately nuanced playing was transfixing. The execution was most impressive in the concluding movement – as the Mahlerian funeral march built up to an ear-shattering climax, and in the throbbing, death-haunted coda as the music ebbed away to nothingness. At the end the audience stayed silent and riveted for about half a minute before erupting into a well-deserved standing ovation.

Before the Shostakovich, Elder and the BSO partnered with Vadim Repin in a confident and muscular account of Sibelius’s Violin Concerto. There was impressive virtuosity and authoritative playing in the outer movements, and the slow movement was delivered with a coolly impressive dignity, but overall the performance seemed lacking in passion. The orchestra under Elder accompanied sympathetically, but in retrospect the performance failed to capture the work’s magical elements, and became pallid when compared with the spellbinding performance of the Shostakovich.