The Boston Symphony has had a celebrated history performing French music – under such renowned conductors as Pierre Monteux, Serge Koussevitzky, Charles Munch and Seiji Ozawa, taking advantage of the BSO’s highly polished string sound, brightly colored woodwinds and vibrant brass. Guest conductors can wreck havoc with an orchestra’s sound by forcing mannerisms upon it or techniques that go against the grain. Such was the case here. Violins sounded uncharacteristically grainy; woodwinds seemed somewhat restrained; and brass occasionally blousy. Imprecision infected string figuration and there were intonation problems. These problems were certainly not caused by lack of familiarity with the music.

From the opening bars of the Benvenuto Cellini Overture, it was apparent that Christoph Eschenbach was playing-up the frenetic character of Berlioz’s music. The opening wild outburst was so slapdash that the orchestra seemed to have difficulty recovering. Despite Eschenbach’s effort to wax rhapsodic over the lush string theme that follows, ragged entrances in the strings undercut the dreamy quality. The BSO finally settled, invigorating the raucous first subject with a furious intensity. Eschenbach worked the orchestra up to a wild frenzy during the uproarious concluding section. 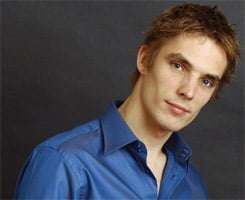 By contrast, Ravel’s Piano Concerto in G seemed tame, even when it indulges in bluesy affectation. Cédric Tiberghien was a perfect choice as soloist. He combines flawless technique with an easygoing manner in shaping lyrical material. Ravel infused the concerto with jazz elements. Yet the first movement seemed stiff at times, folding the jazzy bits into the music rather than letting them enhance its character and notwithstanding the Tiberghien’s flexible treatment of the haunting lyricism. Mood-swings seemed even more abrupt than usual. Fauré is an obvious influence on the central Adagio assai, and Mozart’s Clarinet Quintet was said to have played a role in fashioning the opening piano solo. Tiberghien’s light touch and delicate expression made the music sound as if in a dream. The finale jogs us back into the strident playfulness of the first movement, now subjected to devilish syncopated intrusions, wild screams from the woodwinds, slapstick punctuation and woozy trombone slides. Tiberghien performed with dazzling deftness. He offered Debussy’s Prélude ‘La cathédrale engloutie’ as an encore.

In Symphonie fantastique, Eschenbach was overly fussy throughout, focusing attention on numerous figures, imposing hesitations, and lingering on phrases. The music suffered from this clinical approach. The first movement sounded overly cautious, often devolving into note-spinning. Even the woodwinds’ statement of the idée fixe seemed remote and uninvolved. The second movement began in a haze. Despite begin given an incisive edge, the waltz-tune emerged in fine form, though it began to sound lackluster.

A chilly atmosphere hung over the long Adagio that follows, its serene atmosphere transformed into mere quietude and disaffected by stiff, square playing that lacked warmth. Emphatic accents put a strain on the musical flow. Eschenbach imposed a very weighty tempo on ‘The March to the Scaffold’, as if virtually dragging the hero to the gibbet. The ‘Witches’ Sabbath’ finale began promisingly, with the E-flat clarinet’s galloping treatment of the idée fixe propelled into a riotous outburst. The offstage church bell was too loud to give the intended effect of coming from afar. Eschenbach pushed and pulled the tempo, sometimes to generate wild fury, elsewhere oddly easing up. Most disappointing was the virtual absence of a ghostly, spectral atmosphere, which is what this music is about. Instead, Eschenbach pressed maniacally (the col legno strings were a mess) and raced to the end overwrought and excessively rapid.