Preceded by settings from the Carmina Burana manuscript 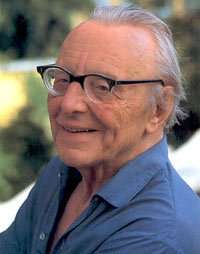 For the second of his two programs during his current visit to Symphony Hall, Rafael Frühbeck de Burgos took on Orff’s “Carmina Burana”, a work to which he is no stranger. But the work is one that is not often heard in Symphony Hall. It was last played there by the BSO in 1969. The four performances given that year, the very first ones at Symphony Hall, were conducted by Seiji Ozawa. Four subsequent BSO performances were given at Tanglewood: in 1985, 1992 and 1995, all led by Ozawa, and the last in 2001, under by Frühbeck.

This highly ingenious program brought a sense of historical context to Orff’s crowd-pleasing ‘scenic cantata’ by giving over the stage and the whole first half of the concert to Sequentia, Benjamin Bagby’s Ensemble for Medieval Music. Bagby restricted the vocal forces to six male voices, mostly unaccompanied. Bagby, leading occasionally from the harp, together with five of his fellow early-music interpreters (Paul Guttry, William Hite, Frank Kelly, Eric Mentzel and Wolodmyr Smishkewych) delivered a spellbindingly dramatic presentation of period-authentic settings of ten songs from the “Carmina Burana” manuscript, giving a strong sense of what 13th-storytelling must have been like. 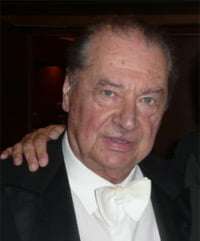 As performed by Sequentia, these early incarnations presented a more intimate side of the “Carmina Burana” and stood in sharp contrast to Orff’s overly familiar, deliberately visceral music. Bagby’s program, “The Original Sound of the Carmina Burana”, used only one of the texts made famous by Orff: ‘O Fortuna, vela luna’ (O Fortune, so like the moon), the bitter meditation about the turning of the wheel of fortune which appears at the beginning and the end of Orff’s work. In the medieval reconstruction sung by the Sequentia sextet, the text came across as a more modest but still powerful and haunting statement of the vicissitudes of life.

While Orff’s choice of texts is heavily tilted toward images of drinking, gambling, and the erotic, the ten pieces chosen by Bagby cover a wider variety of subjects and a surprisingly broad array of styles. They feature songs focusing on images related to Fortune and Eros, and include a final section of four political songs centering on the themes of money, power and corruption. Among the most fascinating was the parody ‘Initium Sancti Evangelii secumdum marcas argenti’ (Here begins the Gospel of the silver coins), which paints a vividly amusing picture of a greedy and completely immoral Pope and Roman Curia, and ‘Dic, Christi veritas’ (Speak, O truth of Christ), which sarcastically declares that only those who knock with silver hammers will be allowed to enter the papal gates.

All ten songs were memorably delivered, with ardent conviction and obvious relish. Bagby’s surprisingly contemporary and frequently witty translations were projected on supertitles and brought out all the intrigue of the narratives. The whole program was made even more dramatic by interspersing the songs with short spoken epigrams and maxims, also taken from the “Carmina Burana” manuscript.

Orff’s version of “Carmina Burana” came after intermission. The massive forces on Symphony Hall stage included an expanded BSO, the 125-member Tanglewood Festival Chorus, the 35 singers of the PALS Children’s Chorus, and three vocal soloists. Frühbeck, conducting from memory and with obvious affection, drew great precision from singers and the orchestra. While there was no lack of gusto in the opening ‘O Fortuna’ chorus and some of the faster sections, his account was most convincing in the more lyrical passages, where he displayed great care for seductive detail.

Among the soloists, the spirited singing of Christian Gerhaher with his broad tonal range was most impressive. He was wonderfully tender in his first solo, ‘Omnia sol temperat’ (The sung warms everything) and aptly vigorous in the Tavern scene. William Ferguson sounded suitably anguished but not at all strained as the Roasted Swan; and Norah Amsellem sounded appealingly fresh and sweet in her solos.

But it was the extraordinarily vivid and carefully enunciated singing of the Tanglewood Festival Chorus that stole the show. Rising marvelously to climaxes and sounding irresistibly warm in the softer sections, these singers’ vibrant contribution generated energy and passion and made an overwhelming impact.