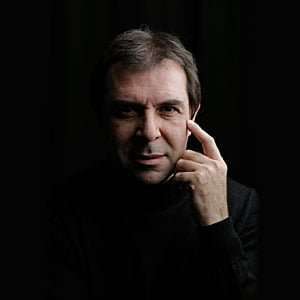 In this second of three Carnegie Hall concerts by the Boston Symphony Orchestra, Daniele Gatti conducted Mahler’s Third Symphony, which the composer conceived as a musical characterization of the development of Being, from inanimate nature, flora and fauna, to humankind, angels and the divinity, which he associated with Love. Although Mahler ultimately discarded his movement titles and program notes, he reluctantly acknowledged that his original conception remained the symphony’s underlying premise. Early audiences had difficulty taking it all in, and critics lambasted the work as sprawling and structurally dysfunctional.

Today we are undaunted by the symphony’s length, averaging to 100 minutes, and enthralled with its dramatic power, soul-stirring lyricism and diverse subject matter. Yet some conductors try to hold our attention by setting too animated tempos and hurrying toward climaxes. Mahler thought differently, suggesting that a conductor concerned that he is losing the audience should slow down rather than speed up! Gatti certainly did not follow this advice if his relatively brisk speeds throughout are any indication. His energetic approach enlivened the music where it made sense to do so, as in the third movement (‘What the animals in the forest tell me’), although the posthorn solos – superbly intoned by Thomas Rolfs – seemed hurried and too rigid, but elsewhere he whizzed through passages, attenuating their impact, as particularly apparent in the ‘Southern Storm’ segment in the first movement. Although the initial pace set for the second (‘Flowers’) movement was only slightly livelier than the very moderate (sehr mässig) minuet tempo Mahler designated, Gatti kept pushing forward so aggressively that the music lost much of its grace and charm. 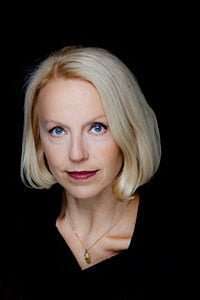 Notwithstanding these tempo concerns, the performance had many positive aspects. First was the fine playing of the BSO, especially the rich, vibrant strings, with diverting violin solos by Elita Kang. Horns overcame a rather tenuous opening ‘weckruf’ (a kind of wake-up call) and sounded increasingly brilliant and assertive (notwithstanding an unusual number of cracks) as the performance continued, especially at the end of the finale. Trombone solos by Toby Oft in the first movement were strong and assertive, although somewhat disaffected by heavy vibrato in the low register. Woodwinds enhanced both the second and third movements with bright colors and perky articulation. Anne Sofie von Otter permeated the fourth movement’s Nietzsche poem (from Also sprach Zarathustra) with subdued yet evocative expression – Gatti finding a mysterious, cavernous quality to suit the writer’s profound reflections – but she had difficulty singing over the orchestra during the middle section of the following (‘Angels’) movement in which the women and boys sang with exuberance.

If Gatti has an overall conception of Mahler’s Third, he did not clearly communicate it here. He did manage to generate magnificent climaxes in the first movement and also in the finale during the excruciatingly intense build-up just before the nightingale – an exquisite flute solo by Elizabeth Rowe – enters to clear the air for the closing peroration. The slow finale began with a moderate tempo that pressed forward too quickly and too soon, so the themes never truly relaxed. Gatti properly avoided speeding through passages in which dark motifs from the first movement recur but are finally crushed, letting them play out with substantial dramatic effect. But after strings and brass gloriously herald the union of divine and human love, the magnificent closing section failed to engender an overwhelming feeling of triumph and redemption.