Saariaho
Circle Map, for Orchestra and Electronics [US premiere]
Britten
Concerto for Violin and Orchestra, Op.15
Dvořák
Symphony No.7 in D minor, Op.70 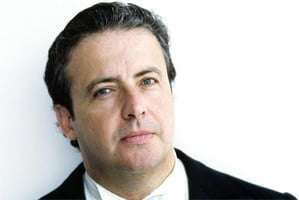 It has been fourteen months since James Levine’s declining health forced his resignation as Boston Symphony Music Director. The Orchestra is now in its second season without its own maestro. For the 2012-13 season, the BSO’s 132nd, Artistic Administrator Anthony Fogg has put together a schedule of twenty-eight concert programs with seventeen different conductors.

This concert was led by Basque conductor Juanjo Mena (Principal Conductor of the BBC Philharmonic), who has appeared with the Boston Symphony on two previous occasions, both in 2011: in his Tanglewood debut in July, conducting Berg, Strauss and Mahler, and in his Symphony Hall debut in October with music by Dvořák and Bartók. For the current program Mena once again led Dvořák, but the lusterless performance of the Seventh Symphony which concluded the evening was greatly overshadowed by the works in the first half.

The highpoint of the evening was the American premiere of Kaija Saariaho’s Circle Map, a fascinating, multi-layered work in six movements for large orchestra and electronics. The piece, commissioned by six orchestras – the Royal Concertgebouw Orchestra, Boston, Gothenburg, Orchestre National de France, Royal Scottish National Orchestra, and Stavanger – was given its world premiere last June at the Holland Festival in Amsterdam conducted by Susanna Mälkki.

The electronic elements in the 27-minute work are generated by a keyboard amplified and specialized through speakers placed above and around the stage, and throughout the hall. Saariaho collaborated with Timo Kurkikangas to create the environment of the electronics part. That environment – originally conceived for Amsterdam’s Westergasfabriek Gashouder, the cylindrically-shaped former industrial building – had to be technically tweaked and re-imagined for the shoebox-shaped Symphony Hall. 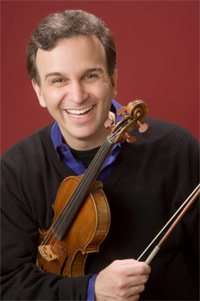 The central sound-source for the piece is the reading of six quatrains by the thirteenth-century poet Rumi (“Morning Wind”, “Walls Closing”, “Circles”, “Days and Sieves”, “Dialogue” and “Day and Night, Music”), spoken on a soundtrack by Arshia Cont in the original Persian. Each of the six movements, one for each verse, is an explicit musical response to the image suggested by the particular poem, and within each movement the reading is electronically manipulated as it is reflected, embellished or commented on by the orchestra.

The movements are distinct from one another. For example, in the first, a breezy and changeable flute/piccolo duet gives way to a whirling of strings, echoing the poet’s words, “The morning wind spread its fresh smell. / We must get up and take that in, / that wind that lets us live. / Breathe, before its gone.” And in the third, highly explicit musical “footsteps”, moving forward, back and around, mirror Rumi’s lines, “Walk to the well, /Turn as the earth and the moon turn, / circling what they love. / Whatever circle comes from the center.”

The overall effect of the music is highly vivid and kinetic, the orchestral and electronic elements seamlessly blending together. The picturesque inspiration of Rumi’s lines is constantly reflected in an astonishingly wide range or orchestral colors and textures. Mena deftly conducted a well-paced, highly atmospheric performance that successfully illuminated the unique character of each movement.

A ravishing performance of Benjamin Britten’s rarely performed Violin Concerto completed the first half. Gil Shaham’s playing was consistently ardent and intense – glowingly lyrical in the outer movements and winningly exuberant in the central scherzo.