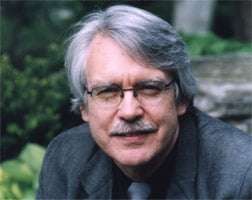 In this well-integrated and highly satisfying program, James Levine led the Boston Symphony Orchestra in a premiere performance of John Harbison’s Symphony No.5, and Mahler’s “Das Lied von der Erde”. There are many external similarities between Harbison’s new work and Mahler’s much-loved “song symphony”. Both combine elements of song-cycle and symphonic form; both call for a very large orchestra with two vocal soloists (baritone and mezzo-soprano in the Harbison, tenor and mezzo-soprano in the Mahler); both make use of poetic texts translated from their original language (Polish and German into English in the Harbison, Chinese into German for the Mahler); both include unusual writing for instruments that rarely appear in a symphony orchestra (electric guitar in the Harbison, mandolin in the Mahler); and both explore the broad themes of death, departure and – in the words of Harbison’s text – “the human hope for the resurrection of the dead.”

Structurally the pieces are quite different. Whereas “Das Lied von der Erde” is divided into six separate movements, each of which is an independent setting, the four movements of Harbison’s Fifth Symphony are continuous. Harbison’s piece takes the story of Orpheus and Eurydice as its starting point. The first two movements, the main part of the piece, are sung by the baritone and use an English-language version of a poem by Czeslaw Miłosz to retell the Orpheus myth, with an electric guitar representing Orpheus’s lyre. In the third movement, sung by the mezzo, we hear the voice of Eurydice describing her own torment, the “torment of mortal passion” in the words of Louise Glück’s “Relic”. The electric guitar returns when Eurydice describes dying “A long death: all the way to Dis” while Orpheus was singing. The final movement uses Rilke’s “Sonnet to Orpheus II” (translated into English by Stephen Mitchell) to bring the singers and the first two texts together. The voices sing the verses in alternating close canon until they match each other rhythmically in the final three lines.

Harbison’s vocal writing is dramatic and moving throughout. His orchestration, marked by vivid percussive effects, is often spare but always colorful and highly responsive to the strikingly contemporary imagery in the texts. In the first movement, as Orpheus stands “on flagstones of the sidewalk at the entrance to Hades”, the gusts of wind that roll past him are echoed in a succession of harp glissandos; as he opens the door of an elevator and descends “many floors, a hundred, three hundred down”, the music goes down with him. In the second movement, as Hermes’s leads Eurydice out of Hades, we hear “The slap of the god’s sandals” in a percussionist’s scraping of sandpaper blocks.

Harbison seems to have set strict limits on the orchestra in the piece. It begins with an energetic two-minute passage, of strident effects, for the full orchestra, but throughout the rest of the work the music is mostly voice-led, until it ends in a short but riveting, purely orchestral passage. Levine, always at home with works for orchestra and voices, clearly loved conducting this new work, which was commissioned by him and the BSO for its 125th-anniversary. He led the orchestra through a compelling reading of Harbison’s adventurous score. The more noteworthy contributions from the BSO ensemble included principal harp Ann Hobson Pilot’s lead-in to the second movement, and Michael Gandolfi’s electric guitar, played with a moving expressivity appropriate to Orpheus’s lyre.

The singing of Nathan Gunn and Kate Lindsey brought out the musical imagination of Harbison at its finest. Gunn delivered a fine, superbly sung account of the long Miłosz text, with no signs of strain; Lindsey (in her BSO debut) gave an expressive and moving interpretation of Eurydice. The well-matched combination produced radiantly beautiful results in the final movement.

The performance of the Harbison was certainly dramatic and compelling, but the most moving moments of the evening arrived with Mahler’s “Das Lied von der Erde”, which Levine has performed with nearly every major orchestra. (In a program note, he reveals that his earliest opportunity to seriously work on the piece was with renowned mezzo Jennie Tourel, on a trip to New York when he was still a teenager.) For this BSO performance he was joined by mezzo Anne Sofie von Otter, with whom he has performed the work many times, and tenor Ben Heppner (replacing Johan Botha, who was ill), who sang when Levine conducted it with the Metropolitan Opera Orchestra at Carnegie Hall.

Heppner and Otter rendered the music and the poetry of ‘Das Lied’ with sublime beauty and pathos. Both sang their parts with clear, firm voices, conveying every note with full expressiveness and no hint of strain. Heppner gave a fine and fresh account of the tenor songs, full of robust characterization, his voice absolutely focused throughout the work, with many wonderful, ringing top notes. Otter’s voice was a magnificent match for Heppner’s, as she gave a richly varied reading to the mezzo songs. Her wide tonal range was velvety all the way down to the most shaded pianissimos, as she vividly responded to the text, not least in the final ‘Abschied’, with its heartfelt murmurs of “Ewig … ewig… !”

As beautiful as the singers’ account of the songs was, it was Levine and the BSO who set the seal on the performance. Levine drew sumptuous playing in a fresh, purposeful reading that was marked by particularly fine contributions from violins, woodwinds and harp. The fine playing and the soloists’ outstanding singing drew the audience completely in, all the way through to the final note.