For his second Boston Symphony program this season, Sir Colin Davis, brought Elgar’s “The Dream of Gerontius” back to Symphony Hall – after an absence of 25 years. Until this past week, the BSO had programmed Elgar’s great choral work only once, a memorable occasion in 1982, which was presided over by Sir Colin – his first performances, too – with Jessye Norman as the Angel. Since then Sir Colin has recorded ‘Gerontius’ for LSO Live (in December 2005 with David Rendall, who replaced Ben Heppner, Anne Sofie von Otter and Alastair Miles), but there have been only two Boston-area performances – one by the Dedham Choral Society in 1988, and another in 2001 by the Boston Philharmonic led by Benjamin Zander, with the distinguished British tenor Anthony Rolfe Johnson as Gerontius. The prospect of hearing Gerontius under the baton of Sir Colin Davis with an impressive slate of soloists led to very high expectations.

The audience was not disappointed. The performance was a magnificent one, dramatic and moving. Sir Colin conducted the piece with deep understanding, great conviction and a powerful sense of drama, and the orchestra responded with uncommon warmth, beauty of sound and dynamic verve. The deeply-felt music was perfectly paced, with an ideal sense of Elgarian rubato, and appropriately astounding power in the big climaxes. The spiritual qualities of Elgar’s music were so intensely and successfully conveyed that it was impossible for listeners to remain unaffected. 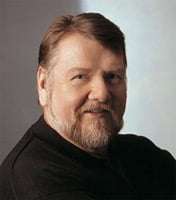 The soloists and the Tanglewood Festival Chorus fully realized both the human and otherworldly aspects of the narrative. Ben Heppner brought pathos and power to the challenging role of Gerontius. His thoughtful and searching portrayal rose to passionate eloquence in the heroic moments, and he captured all the role’s intimacy as he went through feelings of despair, terror, supplication and, finally, wearied calm. His ‘Novissima hora est’ at the end of Part One was profoundly moving.

Sarah Connolly made an eloquent and charming angel and produced some wonderfully soft singing – too soft at times, as she had trouble making herself heard over the orchestra in her Part Two solo, ‘My work is done’. In her great song of compassion, ‘Softly and gently, dearly-ransomed soul’, she brought Gerontius’s soul to rest with serenity and warmth.

The elegant Gerald Finley sang the music of the Priest with commanding power and the litany of the Angel of the Agony with reverential intensity. The contribution of the Tanglewood Festival Chorus was crystal-clear in diction, completely involved and could not have been finer. Together with the soloists and chorus, Sir Colin and the BSO delivered a truly memorable account of Elgar’s extraordinary work.