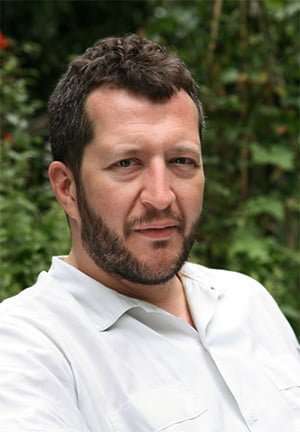 While on a tour in Scotland in 1829, Mendelssohn visited Fingal’s Cave on the Hebridean island of Staffa. The experience of the ocean, the rock cave, birds and the clear light inspired this Overture’s beautiful evocation, here in a beautifully crafted, well-balanced performance, although a bit fast in places where enjoying the ‘scenery’ at a slower pace was wanted. The simply stated opening motif confidently presented by the oboes soon expands with the addition of clarinets, flutes, and violins, much like the view from the cave. The British musicologist, Donald Francis Tovey, called the second theme “quite the greatest melody Mendelssohn ever wrote”. It too grows in the violins and brass to encompass the elemental forces of the sea, finally subsiding and returning to the quiet, mysterious opening.

Although Charles Ives’s Orchestral Set No.2 took its final form in the 1930s, it was not performed until 1967 due, in part, to the work’s difficulty. It received its Boston Symphony premiere at this concert. Three movements, written independently, make up the Set. The first, ‘An Elegy to Our Forefathers’, an ongoing mournful melody over an ostinato bass, includes references to the hymn Jesus Loves Me and Stephen Foster’s Old Black Joe, which quietly fade into the distance. The second, ‘The Rockstrewn Hills Join the People’s Outdoor Meeting’, contrasts dramatically with its predecessor, containing various sounds in a typically Ivesian treatment. Demonstrating their virtuosity, the BSO players transformed themselves into a dance band, a jazz band, a ragtime combo, and assorted soloists, all playing at once – a glorious cacophony of dissonance. Finally ‘From Hanover Square North, at the End of a Tragic Day, the Voice of the People Again Arose’, was based on Ives’s experience of the spontaneous expression of public grief at the sinking of the Lusitania by a German submarine in 1915. The playing throughout was clear and concise, no group overpowering another. The offstage choir was too far away to be heard distinctly.

Thomas Adès’s own Polaris was co-commissioned (including the New York Philharmonic) for the 2011 opening of New World Center in Miami by Michael Tilson Thomas, artistic director of the New World Symphony. The work is based on the idea of a fixed point (Polaris or North Star of the title), around which patterns accumulate and change. Polaris begins with a pattern of eighth notes, adding pitches as it moves forward, and then repeating the phrase. Accents within the phrase are picked up by other instruments, altered and superimposed. Thus the piece continues, adding clusters of ravishing sound. Brass was deployed in the auditorium: two horns each on opposite sides of the balcony, two trumpets, and two trombones at the rear of the second balcony, with a tuba on a raised platform on the stage itself, adding an exciting spatial element to the sound. Near the end, the crescendo of brass and timpani subsides, leaving piano, harp, and pitched percussion playing patterns similar to those in the beginning. An accumulation of dense chords brings the piece to an end, leaving the listener to ponder the journey.

César Franck’s Symphony in D minor brought the concert to an end and was played at an appropriately propulsive tempo where appropriate. Brass, especially the horns, and woodwinds were very effective individually or in dialogue, as in the first movement, seamlessly passing the theme from horn to oboe to flute. In all, a satisfying piece, played with beauty and precision.