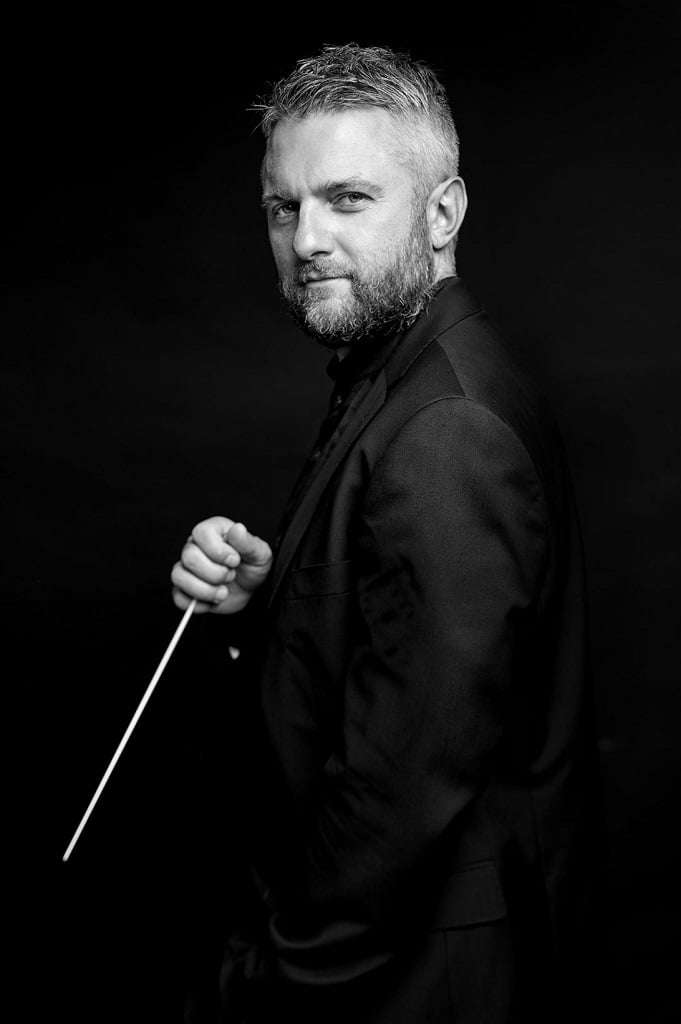 Kirill Karabits has built impressive stats in creating enterprising programmes, and has now added the Armenian Avet Terterian (1929-1994) whose Third Symphony formed an arresting centrepiece to the more familiar world of Camille Saint-Saëns.

The concert opened with a spirited account of Orient et Occident, Saint-Saëns’s Middle Eastern-inspired opus from 1869 originally conceived as a march for military band. Flanking sinuous and pentatonic melodies in the exotic central section is a Franco-German (occidental) Romanticism, to which the BSO brought energy, with ‘bandstand’ vigour and charm to the fore.

Following the interval there was an enthusiastic rendition of the Frenchman’s Third Symphony, still misleadingly subtitled “Organ Symphony” rather than “with organ”, pointing to its use only in the second and final movements. (It was written for London’s St James’s Hall, which housed a modest organ and in the event of one not being available Saint-Saëns sanctioned a harmonium – a clear indication that his scoring is for orchestral colour than solo drama.) Alistair Young gave an electronic instrument a substantial airing, its sumptuous tone bringing grandeur to the ultimate movement. If ensemble wasn’t always shipshape early on, Karabits chose flowing tempos (drawing opulent string tone in the Adagio) and much invigoration from woodwind and brass, on splendid form, the concluding scintillation finely captured.

Of Terterian’s eight Symphonies (composed over two decades from 1969), the Third from 1975 was awarded the State Prize of the Armenian Soviet Socialist Republic. To the work’s large forces, Terterian adds distinctive wind-colouring with the duduk (related to the medieval shawm) and the more-penetrating zurna (indigenous to Armenia). As a creative response to the genocide of 1.5-million Armenians during and after World War One, the work’s twenty-five minutes are uncompromising in emotional force, generic memories embedded deep within its three movements and summarised in Karabits’s introduction as “the silence of death.”

If it is also a plea for peace and reconciliation, then Terterian holds nothing back. Striking to the first movement is its opening timpani onslaught (lowest instruments tuned a semitone apart) which with six percussionists evokes ruthless and mechanistic annihilation. Chilling additions arrive from glockenspiel and two muted trombones, their muffled tone (sliding between pitches) yielding to the frenetic wailing of two zurna. Whooping horns and dissonant strings bring increasing mayhem before a calmer closing chord gives temporary relief. It was the second movement’s record-breaking circular breathing on the duduks by Vahe Hovanesian and Tigran Aleksanyan that left the most memorable impression – a haunting lament of catatonic-inducing melancholy. Thereafter, it was back to further devastation from eerie trombones, a howling pair of zurnas (disconcertingly sounding like fire-alarms) and passages of gut-wrenching brutality. A duet for duduks (beautifully conjuring Armenian shepherds) gave a welcome encore.

Top marks to Karabits for programming such an audacious work, received enthusiastically. The Terterian is being recorded for Chandos to follow Karabits’s BSO releases of music by Karayev and Lyatoshinsky.