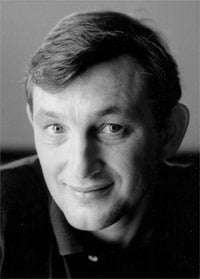 Attempting all six of Bach’s Brandenburg Concertos in a single evening is not a challenge for the faint-hearted, or indeed the physically infirm, and presenting an audience with a performance that thrills from beginning to end is, I suspect, practically impossible.

The European Brandenburg Ensemble, under the enthusiastic and musically highly-intelligent direction of Trevor Pinnock, came close to achieving this. Close, perhaps, in the opposite direction that one would imagine, in as much as the dip in excitement, the becalmed area of the programme, came at the start of the evening, with the First Concerto proving the most emotionally static and least convincing. Technically, the ensemble was superb, with obviously well-studied musical touches and practically faultless solo passages, but the drive, energy and downright conviction that hovers tantalisingly below the music’s surface never came to the forefront. Tellingly, the brightest glimpses of this came in the passages when the ensemble was at its most intimate.

The Fifth Concerto came next and did very little to lift this spell, with passages that were practically soporific in their stillness. This, I think, is born from the slightly clichéd introduction of a pregnant pause, or expressive hiatus, as each and every harmonic progression unfolds, leaving the listener to lurch listlessly through the movement, unsure of where we are going, how to know when we get there, and why we are here in the first place.

But, this out of the way, the remaining four concertos gained in energy, emotional direction and sheer technical brilliance, each more than the preceding one. Examples of phenomenally skilled virtuosity rose out of the carefully woven textures – in particular that of the lightening-fingered Pinnock and Kati Debretzeni’s violin solos – passages that were at once both soulful, staggeringly skilled and perfectly matched to their varying role in the ensemble.

Before ending with the Second Concerto, there was the slight anomaly of the first violist in the Sixth. The second player, thankfully, confirmed that it was, indeed, possible to play the viola rather well, but the first performed with a tempo that was variable, tuning that was more variable, and dynamics that pushed ‘variable’ into unknown and utterly terrifying territory.

Thankfully, the final concerto more than made up for this in both elegance and with its four soloists. David Blackadder’s clear, agile trumpet-playing brought with it a tone sensuously rounded. The oboist gently navigated the figuratively complex music with a timbre that saunters sexily to the bar and orders one for the lady. Bojan Čičić’s violin line flowed and ebbed gracefully, never losing its sparkle, and Robert Ehrlich’s recorder-playing proved more than it’s equal, leaving the same impression as Danny DeVito – cheeky, punching above its weight, but you still want to pick it up and take it home with you.

Pinnock has, without a doubt, assembled an astonishingly talented group of performers for this impressive project, and allows them the creative room to bring their abilities fully into play whilst leading them with a zeal and intuition that is both admirable and hugely enjoyable to witness. That the project has already been recorded by Avie Records – and is newly available – is very good news.