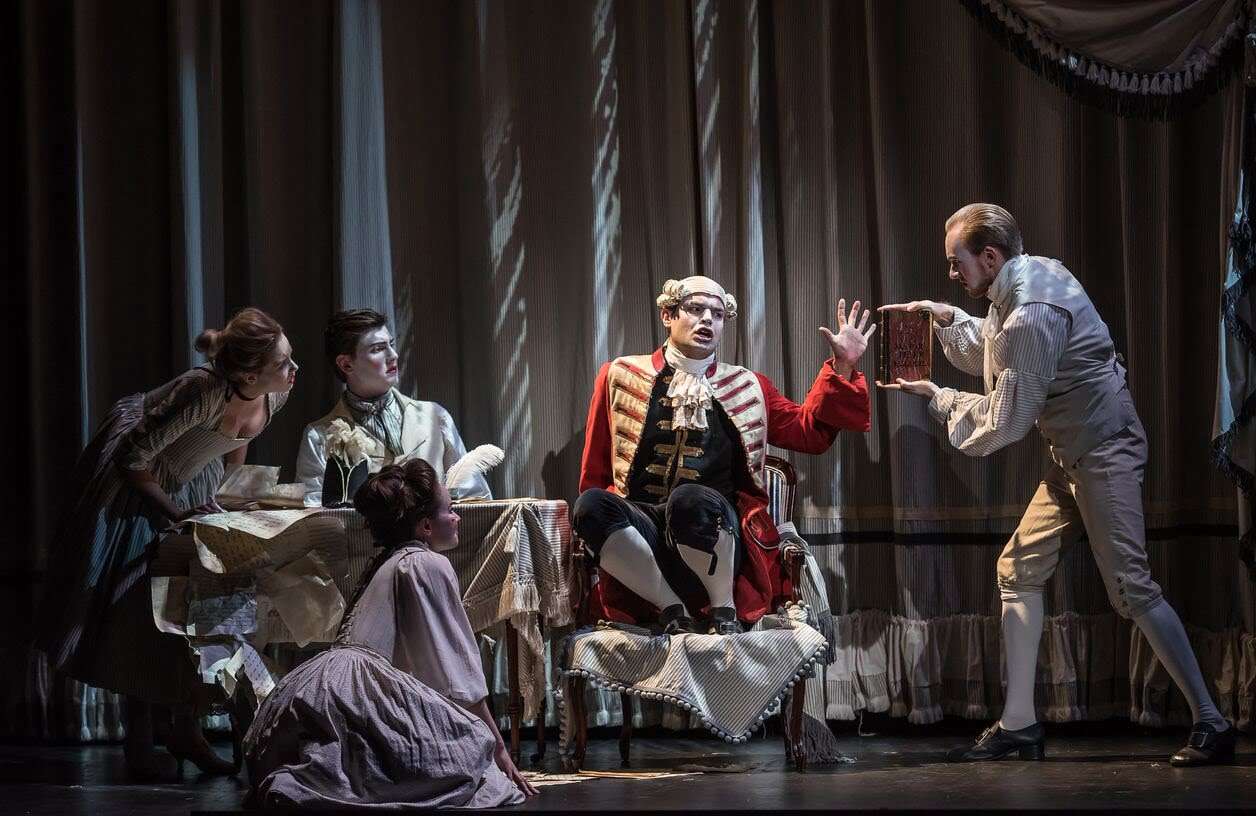 I met Malcolm Williamson at the 1981 Aldeburgh Festival when he was excellent in his Piano Sonata No.2 and his Tito song-cycle, and the stresses of being Master of the Queen’s Music, the notorious missed deadline for her Jubilee, alcohol and a complicated personal life were taking their toll – the falling angel from Australia had been astonishingly prolific as a young man making his way in post-war London but he did himself few favours as he grew older.

Hardly any of his music is performed now, and there are some huge scores yet to be heard. Occasionally The Happy Prince, an opera for children, surfaces, and opera-lovers lament the disappearance of The Violins of Saint-Jacques from the repertoire.

British Youth Opera has gone some way to redressing the balance with this production of English Eccentrics. More a revue than an opera, it was first performed at the 1964 Aldeburgh Festival, when the 32-year-old Williamson was being talked up as the next Britten. Its combination of Edith Sitwell, the attractions of eccentricity and a certain self-satisfaction might have had audiences rolling in the aisles fifty years ago, but Sitwell’s insular fantasy is of historic interest now and its humour hopelessly arch. 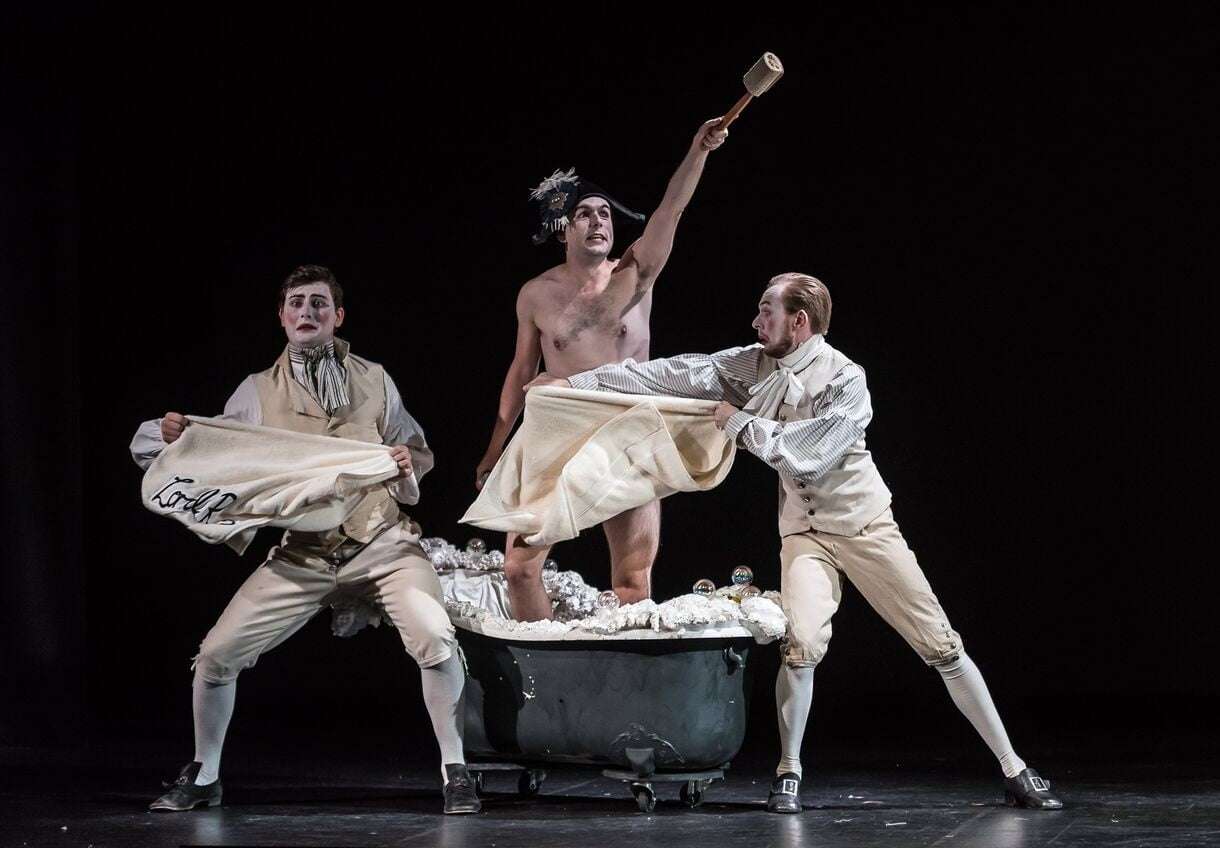 BYO’s director of productions Stuart Barker has taken all this in his stride in his elegant staging, in which clever use of curtains keeps the unrelated sequence of bizarre stories moving swiftly on – storylines include a brother eventually being hanged for his sister’s reckless extravagance, a bizarre Romeo and Juliet scene done as a cakewalk, the fraudulent Princess Caraboo pursuing her devious ends, the sad demise of Beau Brummell – but after the two Acts’ first scenes, which get nearest to the idea behind the title, the rest gets operatically self-conscious and a bit of a slog. There just isn’t enough substance and joined-up thinking.

It’s mainly about the singers, all of them post-graduate and making careers. Taking up to eight roles, they are directed and costumed with panache, so that their various characters jumped off the page. Initially I missed surtitles as words got swallowed in a theatre too large for this chamber work, but in the end with well-signalled direction it didn’t matter. 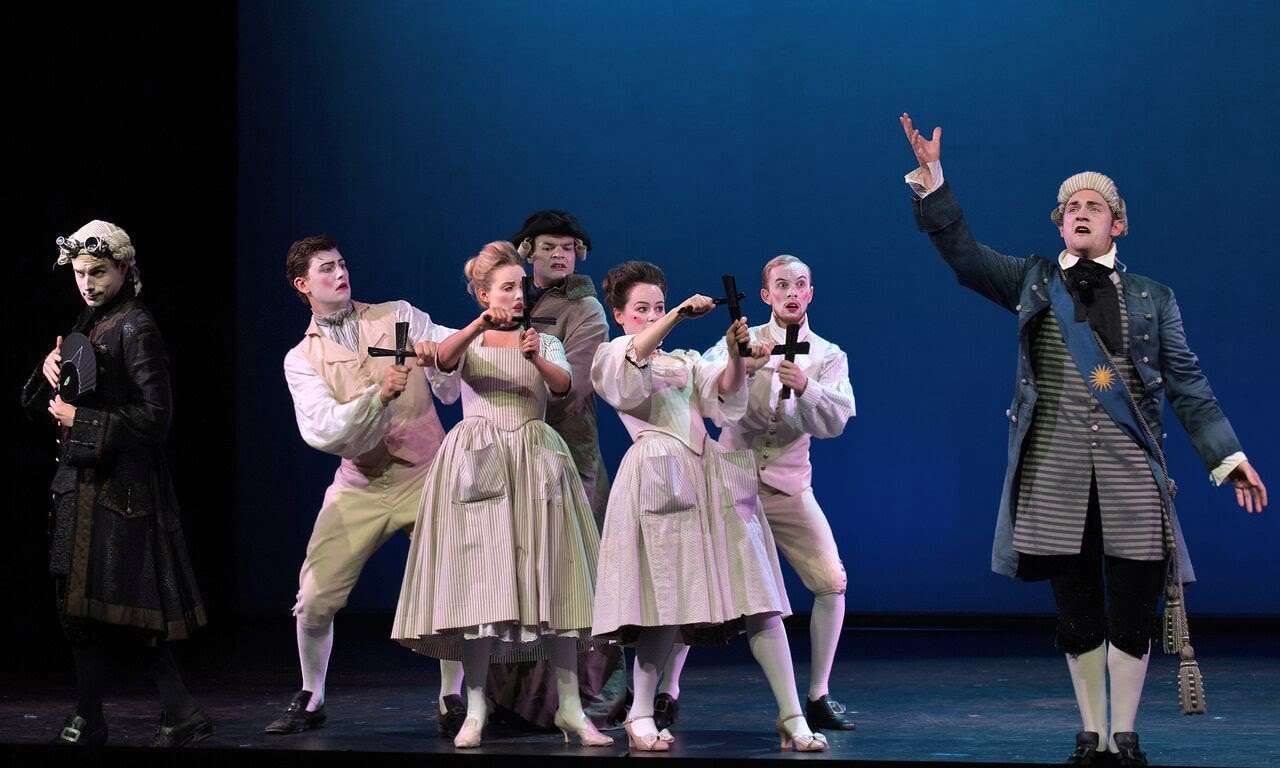 Iúnó Connolly, blessed with a powerful, pliant soprano, excelled as the pathetic spendthrift Sarah Whitehead and the bizarre Princess Caraboo and clearly enjoyed Williamson’s well-crafted vocal writing. Among her seven roles, Polly Leech used her warm mezzo well as the formidable Mrs Worrall. David Horton’s cultivated baritone and vivid powers of characterisation should take him far to judge from his inspired Rev Mr Jones and Romeo Coates. Edwards Hughes’s strapping, lyrical tenor was powerfully affecting as the hapless Young Whitehead and Beau Brummell. Kieran Rayner put his seductive baritone and vigorous acting skills to good use in his six roles, and Matthew Buswell’s magnificent bass and strong stage presence made the ornamental hermit scene a particular pleasure. The SATB chorus, looking as though they’d stepped out of one of Cecil Beaton’s Bright Young Things photographs, sang superbly and anchored the self-regarding Sitwell feel of the piece brilliantly.

Williamson’s music, at least here, probably has too much facility for its own good, to the extent you wonder where his real voice is among all the accomplished pastiche, but the instrumental septet from Southbank Sinfonia (electric keyboard covering for piano and harpsichord) played it with style under Peter Robinson’s scrupulous guidance.