[Both sung in English] 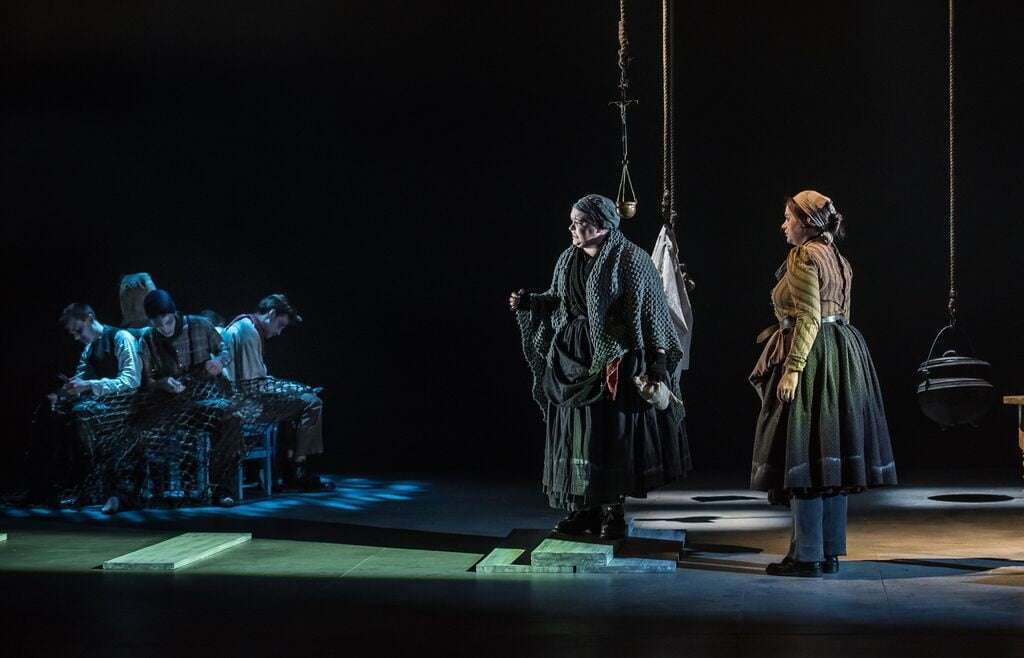 These two works infrequently appear in a full, professional staging, remaining largely the province of colleges and festivals, but British Youth Opera has stepped up to the mark with its double-bill of visually eloquent and direct productions in musically first-rate performances.

It’s fascinating to hear how British opera in the early-twentieth-century marked time – not only in Vaughan Williams’s and Holst’s stage-works but also in those by, for example, Delius and Ethel Smyth – on the outer reaches of the repertoire while assimilating influences, with Vaughan Williams and Holst respectively absorbing Debussy and Wagner into their styles – the point made with disarming clarity by BYO’s thorough musical preparation.

John Millington Synge’s play, set on the remote Aran Islands off the west-coast of Ireland, supplied Vaughan Williams with a direct line to the elemental and spiritual, expressed in music that combines epic harmonic sophistication and folk-like immediacy. If ever you needed a reminder that Riders to the Sea is a great work, this performance provided it. Synge’s tragedy – in which Maurya achieves a sort of grace after her youngest son joins his father and five brothers by being drowned at sea – is saved from its extravagant misery by the redemptive quality of the music. For the singers, the vocal lines are not that challenging technically but, like Janáček, they need singers in tune with the music’s speech-inflected style. Harriet Eyley and Josephine Goddard (as Maura’s daughters) were entirely sympathetic (with natural-sounding Irish accents), and the only sadness was that much of Synge’s text (which Vaughan Williams set almost word-for-word) was lost, although I suppose its extreme Irishry could have been distracting in surtitles. 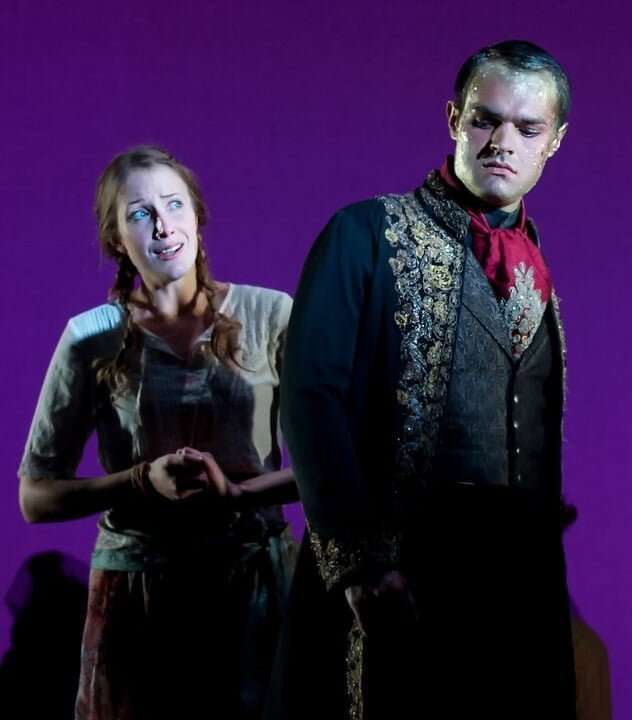 The two singers lacked for nothing in their intense engagement with the roles, supporting Claire Bennett-Jones’s excellent Maurya – a woman much acquainted with grief. She geared her powerful singing and acting towards a devastating account of the climactic lament of a mother who has nothing left to lose, as tragic in its way as Dido’s. As Bartley, the last surviving and soon-to-be-drowned son, Huw Montague Rendall, personable and blessed with a fluid, characterful baritone, made his mark.

With the main musical interest in the orchestra, Geoffrey Paterson and the Southbank Sinfonia delivered a performance of outstanding, luminous refinement. Confirming the work’s stature, Rodula Gaitanou’s direction and Simon Bejer’s designs struck a fine abstract-realist balance, its most striking element the group of Maurya’s drowned men-folk bathed in ghostly, watery light throughout, and David Howe’s lighting in general gave the staging a wonderful scope and grandeur.

My template for Holst’s Savitri has been Janet Baker’s recording, to which she brought her unique, serene anxiety. This BYO staging, though aimed more at spontaneity and with probably the most opulent staging I’ve seen, with Bejer’s set of blossoms and candles firmly and sensually Indian, graced, again, with Howe’s marvellous lighting. It’s a remarkable work – at any time you feel the chamber orchestra could easily segue into Wagner’s Siegfried Idyll, yet the music never veers off in the opposite direction into Orientalism. What I heard of Holst’s libretto – and how I yearned for surtitles this time – confirmed his success at creating a synthesis of Hindu and English culture, without a hint of self-conscious, Anglo-Indian hybrid.

The singers sounded completely at ease with the idiom, and played the story – Death claims Savitri’s husband Satyavan, but Savitri outwits Death with the conundrum that without life there can be no death – with unaffected simplicity. Sofia Larsson used her flexible, bright mezzo to combine wit, nobility and weight in a passionate portrayal of the title-role. Matt Buswell as golden-faced Death had physical and vocal presence in abundance and he opened the work with some impressive, lyrical unaccompanied singing. Adam Temple-Smith’s radiant tenor and attractive persona made the role of Satyavan all the more vivid. Paterson’s conducting and the Southbank Sinfonia’s playing was full of quick-witted nuance and the women’s chorus was superbly atmospheric. There is one further performance, on the 12th, so you’ll have to be quick to catch this terrific double-bill.