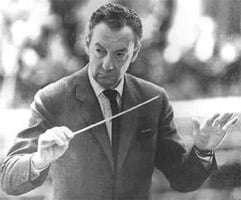 Aldeburgh’s annual Britten weekend is an occasion that both honours the composer’s extraordinary legacy and explores some of the byways of his music in a way that is different from the June festival. This concert had thematic ties with the weekend’s main focus – performances of Britten’s opera “The Rape of Lucretia” – but it conjured an atmosphere all its own.

The church’s history spans a millennium though it was only in the 1960s, more than a decade after the establishment of the Aldeburgh Festival and before the conversion of Snape Maltings, that Benjamin Britten began to use it for festival recitals. On a late October afternoon, the damp chill that gradually crept into one’s bones was a reminder that it was traditionally known as the cathedral of the marshes, but in a strange way that only heightened the sense of place and its acoustic properties.

One of the programme strands was Britten’s affinity with Purcell – his debt to him in the matter of word-setting, as well as his penchant for chaconnes and passacaglias (as at the end of “The Rape of Lucretia”). The Britten Sinfonia’s performance of Britten’s realisation of Purcell’s Chacony in G minor was the perfect opening, not given in an overtly period style, but the players’ Baroque sensibilities were very much in evidence, with all the anguish of the key which Mozart would later use so potently. 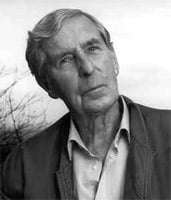 The Chacony was followed by Michael Tippett’s realisations of three songs by Purcell, this time in the orchestration by John Woolrich. The care and attention which Mark Padmore lavishes on words makes him the ideal interpreter of such settings: “Music for a While” was altogether beguiling, and “If Music be the Food of Love” and “Sweeter than Roses” similarly captured the element of tenderness and nostalgia that is necessarily part of homage, but without any trace of sentimentality.

The weekend’s classical theme, focused primarily in the opera performance, was also reflected here (Purcell composed “Music for a While” for Dryden and Lee’s tragedy, “Oedipus”). Nicholas Daniel should have performed Britten’s Six Metamorphoses after Ovid (for solo oboe), but illness prevented him from appearing. It felt particularly appropriate that Alex Tostdevine, who has been part of Aldeburgh’s Young Musicians training project, should have taken his place; yet another demonstration of the remarkable work of the ambitious Aldeburgh Music Development Plan. Tostdevine’s playing of ‘Pan’, the first of the six pieces, was most eloquent, with ‘Niobe’ (a lament) and finally ‘Arethusa’ confidently delivered.

The notion of metamorphosis was another strand in what proved to be a rich fabric of ideas and associations. Having so many pieces from the early part of Britten’s output shed a fascinating light on this stage in his compositional development. Written in 1950, Lachrymae for viola and piano is based on a song by John Dowland. Russian viola-player Maxim Rysanov was the wonderful soloist in Britten’s 1976 orchestration, embodying the deep melancholy at the heart of this piece, yet with a burnished tone never coarsened by any harsh edge. Rysanov returned to play John Woolrich’s Ulysses Awakes, another transcription, this time of Monteverdi, in which the viola ‘sings’ Ulysses’s aria from the opening of “Il ritorno d’Ulisse”. Again, Rysanov’s evident rapport with the Sinfonia and Jacqueline Shave, directing from the violin, achieved the intimacy of chamber music.

It certainly set up an expectation for the final work, Britten’s “Serenade for Tenor, Horn and Strings” (1943). With the onset of evening at Blythburgh and the prospect of the changing hour – the end of British summertime – the haunting horn ‘Prologue’ and the opening lines “The day’s grown old, the fainting sun / Has but little way to run”, never seemed more apt. Nor had Mark Padmore’s insight ever seemed more acute. The ‘Dirge’ was impeccably sung, its highest notes sounding effortless and the breath control, too, while ‘Hymn’ had a glowing exuberance reinforced by Stephen Bell’s horn counterpoint.

I have not heard a more deeply perceptive interpretation of this sequence, with every word precisely weighted and the musical line measured with the same exquisite precision. It is this ability of Padmore’s to create a perfect balance between the momentarily indulgent emphasis of a poignant suspension or a subtle decoration and the momentum that drives a line towards its natural climax that makes him such a consummate artist. The final ‘Sonnet’ exemplified exactly this balance, setting the seal on an unforgettable performance.