This attractive and thoughtfully planned programme credited two staging consultants for a concert that required no more than a quick-change of position between works (carried out in virtual darkness) and performances in minimal lighting (courtesy of Richard Howell). Mark Padmore was credited as ‘director’ but did nothing of the kind during his performances (when some guidance was needed for the players, Jacqueline Shave did the honours).

Conversely the seemingly non-director Maxim Rysanov did offer some contact with the Britten Sinfonia beyond his viola-playing and offered a revelatory account of Britten’s Dowland-inspired Lachrymae (in its recasting for viola and strings) in which Rysanov’s wonderful tone and easeful phrasing brought to life (while remaining mostly subdued and enigmatic) music that can seem uneventful. Rysanov also brought depth to John Woolrich’s Ulysses Awakes (inspired by an aria from Monteverdi’s “Il ritorno d’Ulisse”), gravely beautiful music (with vigorous contrasts) again blessed by Rysanov’s compelling musicianship.

Beforehand, two excerpts from Handel’s “Samson” had caught the mood of the evening (“no sun, no moon…”) with Padmore and the string-players (with harpsichord and bassoon continuo) stylish advocates of these poignant arias, to which, earlier, Harrison Birtwistle’s “Prologue” (1971) was no stranger with its rather Brittenesque vocal line against a more-typical instrumental commentary (from violin, double bass, bassoon, horn, two trumpets and a trombone) that sets an English translation of part of Aeschylus’s “Agamemnon”. The concert had opened with Stravinsky’s Fanfare (1964), a gnarled if brief summons given with assurance by trumpeters Paul Archibald and Tom Rainer. 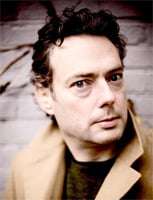 Fine as all this was, it was Padmore’s enthralling account of “Nocturne” that took (literally) all before it. The least-heard of Britten’s orchestral song-cycles, written for Peter Pears of course, this performance suggested it is arguably the greatest, growing from the (recurring) wisps of sound and binding different poets into a substantive and seamless whole.

The introducing of seven obbligato instruments adds diversity while being a precisely gauged addition for each setting – an incantation from bassoon (Ursula Leveaux) for Tennyson; enchanted roulades from harp (Lucy Wakeford) for Coleridge; a range of timbre from the horn (Stephen Bell) for Middleton; darkly muttering timpani (Bill Lockhart) for Wordsworth; plangent cor anglais (Nicholas Daniel, supposedly not playing due to illness and due to be replaced by Rysanov and his viola, but not the case) for Owen; and (not out of place in “Peter and the Wolf”) twittering flute and scampering clarinet (Kate Hill and Joy Farrall) for Keats.

Padmore’s assumption of the vocal part was mesmerising, both musically and poetically, and if there are times when Britten (“Nocturne” dates from 1958) seems to be looking back to earlier successes (“Spring Symphony”, “The Turn of the Screw” and “Albert Herring”) as well as anticipating the contemporaneous “A Midsummer Night’s Dream”, then in a performance of this sensitivity, security and perception, such references seemed only to enhance the music when illuminated by a performance of exceptional quality.