This was the penultimate programme in a series wherein Thomas Adès conducts Beethoven and Gerald Barry. 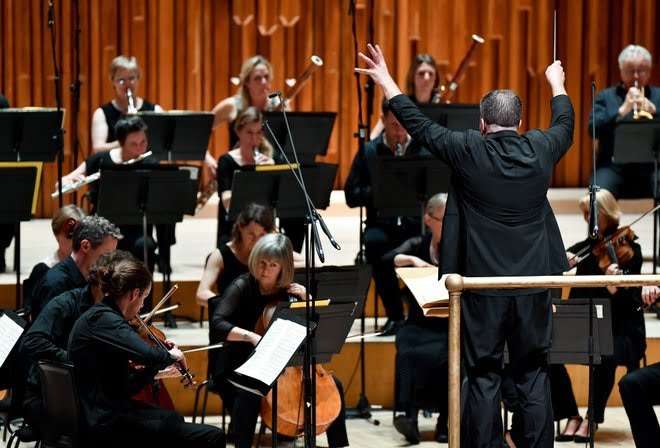 Barry has created music of all genres, and there are six operas. It is difficult to imagine a more effectively arranged showcase for his compositions than this series. The premiere of his fifteen-minute Viola Concerto took place three days earlier at Saffron Hall in Essex. Never being afraid to move beyond convention, Barry’s music has been described as “not for the faint-hearted” and certainly huge force, challenging harmony (or aggressive lack of it) is evident but there is logical construction in the Viola Concerto although it is far from being in conventional form.

Commencing with a huge brass-led outburst, the viola then has a long, unaccompanied sequence, this orchestral attack and a similar viola chain occurs again and it is some time before the soloist is afforded any accompaniment. The viola’s repetitive if slightly changing rhythmic pattern is the basis of the work; the rhythm never relents and is so insistent that the ear accepts it as being melodic.

Various violent orchestral events emerge based on this rhythmic foundation and massive force from the lower brass is much favoured. The soloist is always allowed space and is never overwhelmed but the lyrical nature of the instrument is not featured. Lawrence Power used his instrument to complement the orchestra’s aggression often playing near the bridge and presenting a deliberately harsh sound yet this tone entirely matched the nature of the overall picture. Beauty is not featured in this Viola Concerto and there are no relaxing moments so how shall it be concluded? The composer explains that “the music ends with a melody. I was walking along the road the other day whistling it and suddenly a builder stood up from behind a wall and with a grin said, ‘Great tune’.” This episode is commemorated when woodwinds introduce the melody and finally the viola-player whistles it.

The evening began with Beethoven’s Seventh Symphony. Advance publicity referred to “the brief and brilliantly inventive Symphony No 7”. Well “brief” is a strange description because, taking Beethoven’s suggested metronome markings as a guide, Symphonies 1, 2, 4, 5 and 8 are all of shorter duration. It could be that the organisers knew something about Adès’s reading since not only were the tempos rapid, but Adès’s observation of repeats was very parsimonious, and only one of the four repeats was afforded the Scherzo. 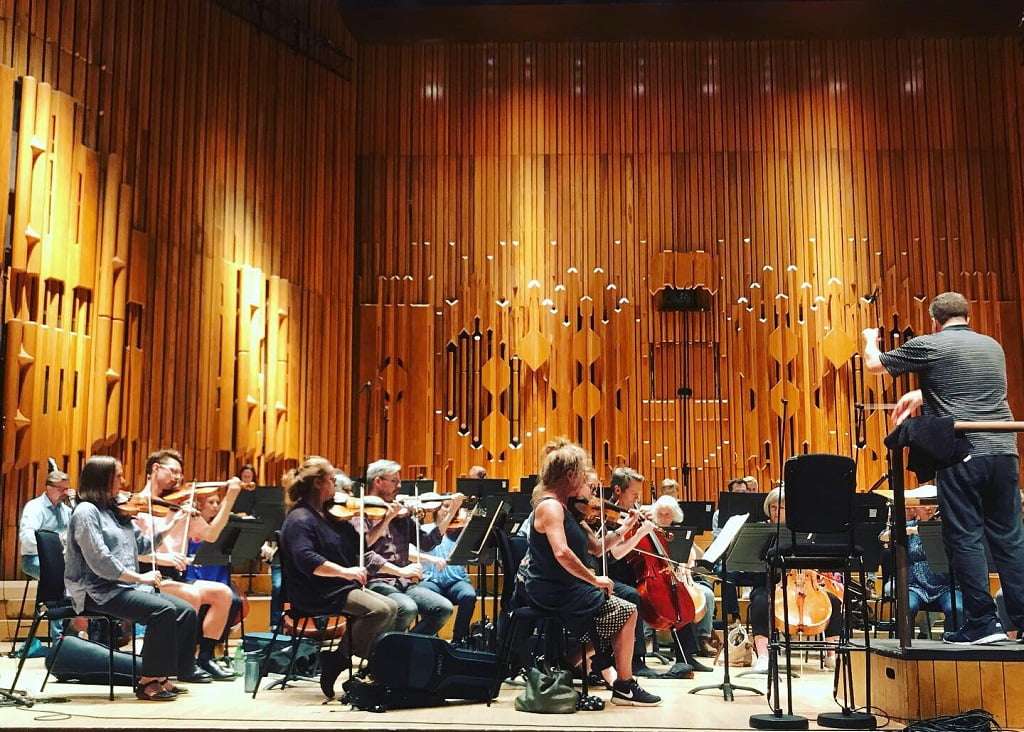 Nevertheless this interpretation was full of character. From the outset, drive and drama were favoured above grandeur. Brass and timpani were given licence to contrast forcefully in their forte chording and there was much sonic brilliance with some unusual balancing at times. The modest string size (ten first violins) was adequate for the music but the horns were doubled to four which meant they were greater in number than the double basses. In this work horns are strongly featured and, although they sometimes overpowered, their brilliance in the faster movements was exciting. The Allegretto pulsed forward sturdily and the Scherzo, which included an uncharacteristic additional push forward in tempo from Adès, surrounded a suitably swift view of the Trio. The Finale was immensely fast and very fiery – definition in the strings was lost but it didn’t matter in the context of this convincingly hot pace, and the vivid horn sound captured the attention.

Slight adjustments to the orchestra were made for Symphony No.8; three horns were used to represent Beethoven’s two and the basses were reduced to just a pair. When Adès adopts a tempo he usually holds it firm which is why his choice of swift speeds usually convinces but here the first movement was rather loose in rhythm and its swiftness removed some of the charm from the woodwind melodies; occasionally an affirmative chord would arrive a fraction sooner than expected. Power from the brass and excitement in tutti was a feature and this time there was a first-movement repeat.

The Allegretto was ideally metronomic in nature and here Adès’s refusal to slow at ends of movements showed its value. I have always thought that the Tempo di Menuetto combines rusticity with relaxed stateliness and so it was with the Trio – elegant horn-playing here but an unconvincingly swift run-through of the Menuetto itself. The Finale certainly gripped the attention – if you like your Beethoven fast and wild then here it was – the ideal conclusion to a powerfully energetic reading.