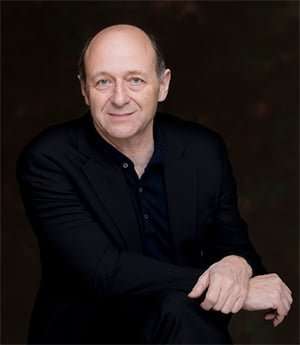 The thirty-year-old Budapest Festival Orchestra and its co-founder Iván Fischer (pianist-conductor Zoltán Kocsis is the other co) have built a considerable international reputation, not least for performances and recordings of the music of Béla Bartók. Here in his Concerto for Orchestra, it was easy to hear why, but it wasn’t plain sailing.

There was no doubting the quality and distinction of the playing (not least in depth and weight of string tone) – and that the BFO’s musicians listen to and support each other – and no doubting either that Fischer is in charge and that he has this music fully absorbed. It’s his sometimes-finicky view of the score that is questionable, however. The opening was full of promise, there was expressive largesse, the antiphonal violins opened up the argument, but some tempo changes didn’t mesh and made the first movement a bumpy ride. Concerto for Orchestra (1943), one of Bartók’s last works, is more a symphony, structured and rigorous, which Fischer’s attaccas between movements gratefully attenuated (kept the coughers at bay too!). ‘Giuoco delle coppie’ was ribald and slithery, the mid-point chorale cueing noble-sounding and sensitive brass. The ‘Elegia’, eerie, railing and eventually accepting, needed a little more space to exhale, and then the succeeding ‘Intermezzo interotto’ was exaggerated to the extent that not only was a satirical joke told it was also explained, and during which a percussionist dropped a clanger – still the gong wasn’t needed any further! For all its vibrancy, ‘Finale’ also suffered from micro-managed conducting and over-characterisation, and some less-than-gelling sections, but the climb to the coda was miraculously detailed without losing mystery and the final bars blazed. 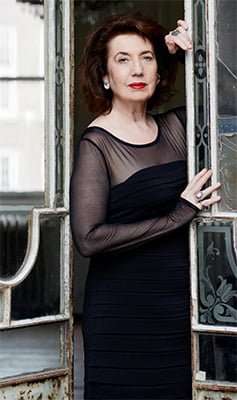 Following which were two encores, both Hungarian Dances by Brahms, a microcosm of what had gone before, the best of the BFO and the foibles of Fischer. No.3, heard in Brahms’s own scoring (he only so-dressed three of the 21 piano-duet originals) was delightfully frisky and gently inflected, while No.7 was hampered by wackiness (Martin Schmelling’s orchestration is truer to the composer) with a penchant for fun that placed Brahms in Siberia, out in the cold.

In the first half, Imogen Cooper had played Beethoven’s first-published piano concerto, the BFO somewhat hybrid given the use of ‘period’ horns, trumpets and timpani, and with woodwinds positioned not where you would expect them; more a novelty for the eye. Nevertheless this was an exuberant performance, Cooper sparkling and stylish, a little hard-edged at the piano’s treble, but also wonderfully subtle (the most delicate of touches) and searching while exploiting a wide dynamic range. She made much of the first-movement cadenza, the longest and most diverse of Beethoven’s three, and delved deeply into the Largo, given with definite tread and much soul, and graced with loving clarinet solos from Ákos Ács, positioned opposite Cooper, leading the second violins! The finale was a little unbending and needed to swing more in places (and timpani continued into the first bars of the cadenza, a Fischerism), but soloist, conductor and orchestra had a close and meaningful rapport and there was much to enjoy. This was a salutary reminder of Cooper’s classicism, discernment and dry wit.

This Shell Classic International concert opened with Ernö (Ernst von) Dohnányi’s Symphonic Minutes (1933). Pure pleasure from beginning to end, a ‘lucky’ 13 minutes’ worth of tuneful and colourful miniatures, the opening ‘Capriccio’ fantastical and filmic (somewhat cross-referencing with Korngold) followed by music of pathos and rough good humour. Throughout this sequence, made an entity by Fischer, the playing was totally secure and relished, brilliant and with much sensibility, the innocently-titled final ‘Rondo’ a ‘chase’ number that would have done Tom & Jerry proud. Life’s a cartoon!