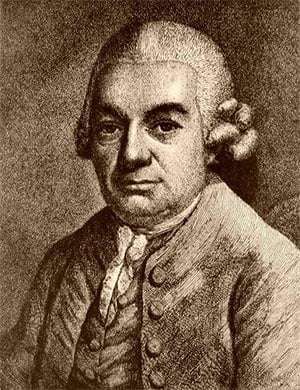 The C. P. E. Bach tercentenary was further distinguished by this programme of vocal and instrumental music from the Bournemouth Symphony Orchestra, its Principal Conductor Kirill Karabits and the BBC Singers, all on stylish form. The BSO chose well with the appointment of Karabits. In this Baroque/Classical repertoire their rapport had the music leaping off the page.

The evening opened with a deferential nod to Carl Philipp Emanuel’s godfather, Telemann, who played a significant role in his development, to the extent that for the eighteenth-century he, rather than his father, Johann Sebastian, was the Bach. Telemann’s Mass for Easter on the Martin Luther chorale tune ‘Christ lay in the bonds of death’ is a form of missa brevis, here with only two of the sections, the ‘Kyrie’ and the ‘Gloria’, rather than compressed workings of all five. The BBC Singers, with an organ 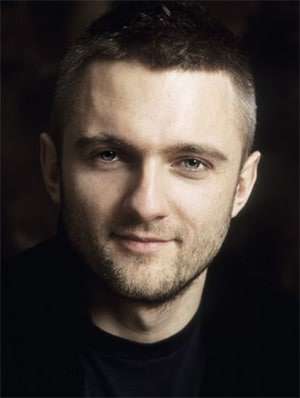 continuo of discretion and alertness from the excellent David Wright, etched Telemann’s suave polyphony with disarming clarity and a strong response to the text. It’s not the greatest of his works, but you do feel the loosening of contrapuntal stays that the next generation of German composers would take much further.

The Bournemouth strings then played one of C.P.E.’s Symphonies, vividly mercurial music of individuality and inventiveness not normally entrusted to a hydra-headed orchestra. Karabits was marvellous in giving the allusion of nailing this musical jelly to the wall, giving the ever-responsive, vibrato-lite strings space to make their point while ensuring a tight, limber ensemble. Destabilising accents, echo effects, incisive contrasts and unpredictability – this is music that keeps you on your toes, matched by a performance of considerable vitality.

The setting of Klopstock’s Morning Song on the Celebration of Creation’ gave an idea of the range of C. P. E.’s imagination and inherent romanticism pulling away from Enlightenment certainties, with the florid poem folding Christ’s resurrection into the creation of the world. Olivia Robinson and Elizabeth Poole gave an appropriate rococo radiance to the soprano solos in this musical version of eighteenth-century pastoral charm.

The big draw of this concert was the first performance, probably since 1784, of one of C. P. E.’s settings of the St John Passion. The original manuscript disappeared from Berlin during the Second World War and only came to light again in 1999, in Kiev, from which Karabits has made his performing edition.

It is adapted from a 1745 setting by Telemann, with re-workings of his and other composers’ music alongside some original numbers. The result of this scissors-and-paste job, though, tells the familiar story with disarming freshness, in a performance dominated by Robin Tritschler’s intensely moving Evangelist. His light, clean tenor eloquently suited the early Classical idiom and he had the gift of generating maximum impact with minimal means – an accomplished example of the art that conceals art. Robert Johnston activated Pilate’s unique dilemma with direct, robustly sung vigour. Michael Bundy’s operatic delivery and restricted emotional range was some way off the otherworldly detachment associated with Christ’s passion. There were some stirring choruses, a couple of highly expressive accompanied recitatives (including a vivid vision of the sacrifice of the lamb ravishingly sung by Robinson) and a number of pithy arias heightening the drama, with a particularly memorable one right at the end, powerfully sung by bass-baritone Jamie W. Hall, a member of the BBC Singers who collectively were spellbinding in the hushed chorales and the brief crowd scenes. The Bournemouth strings added their brand of life and soul, and Wright again worked wonders with the continuo, with Karabits steering a sure course between narrative, tragedy and meditation. It was well-worth the 230-year wait.