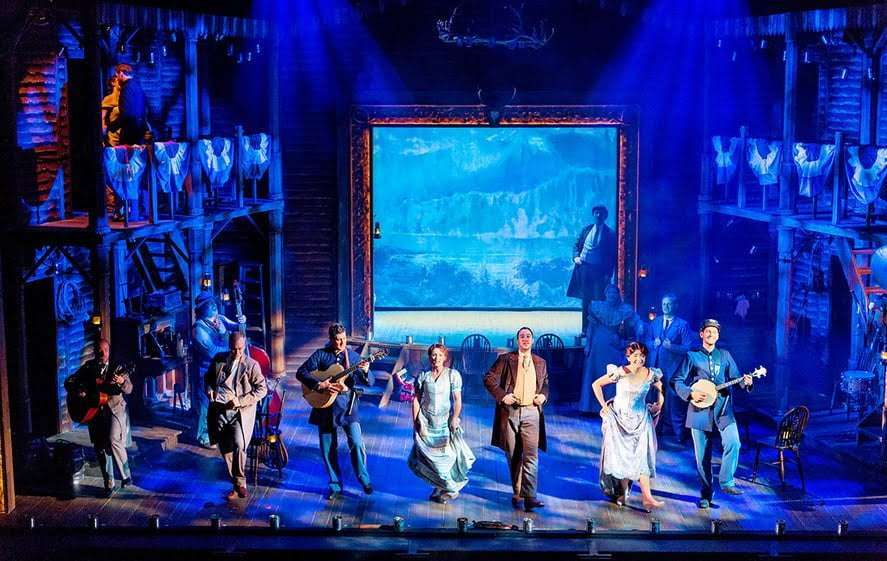 Commonly it’s successful musicals that are turned into movies. Sometimes it goes the other way. Calamity Jane is one such translation. It appeared first in 1961 based on the award-winning 1953 Warner Brothers film, itself a response to MGM’s Annie Get Your Gun. Calamity Jane starred Doris Day as the gun-slinging heroine, alongside Howard Keel (who was also in Annie) as Wild Bill Hickok.

The credits of the musical are by no means simple. Ronald Hanmer and Phil Park adapted it from the play by Charles K. Freeman who based it upon the screenplay written by James O’Hanlon. It is hardly surprising that seven songs were added to the musical that do not appear in the film. 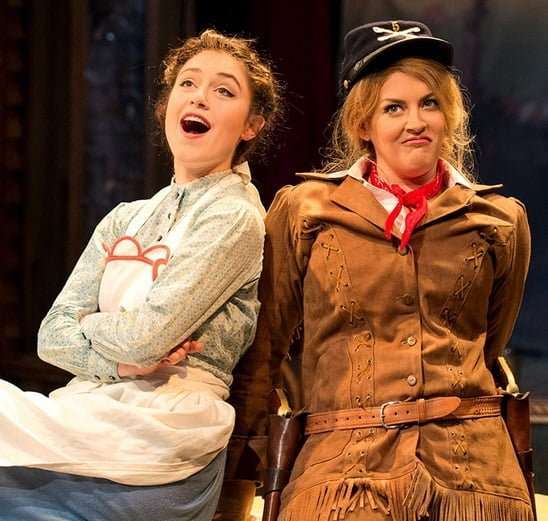 The story is loosely based upon the life of Martha Jane Cannary, a name that she uses when introducing herself to Katie Brown, but otherwise throughout she is referred to as ‘Calamity’. Contemporary reports describe her as a Walter Mitty-type character – echoed in an early number written for the musical Careless With the Truth in which Hickok explains that “She’s not exactly lyin’, but she’s careless with the truth.”

By contrast to the movie’s full orchestration, the musical employs much smaller forces with instruments played by the cast. This can be a double-edged sword as there is often a compromise – actors forced to play an instrument or musicians shoehorned into acting. Not so here: the cast is adept at piano, banjo or harmonica as well as playing their parts in the drama.

The wonderful chemistry between Jodie Prenger and Tom Lister (the latter best-known as ‘Carl King’ from Emmerdale) as the sparring Calamity and Bill made for compulsive viewing, though Prenger’s southern drawl, spoken at speed, was sometimes difficult to understand. With thoughtful use of props and scenery – the journeys of the ‘deadwood stage’ use the piano, chairs and parasols to startlingly good effect – the show moves slickly with little time wasted on clumsy scene changes. Lighting designer Richard G. Jones conjures the sepia tones of a silent movie; this combined with a copious amount of dry ice unequivocally places us in the latter half of the nineteenth century.

The sparkling arrangements by Catherine Jayes never feel flimsy in the fuller numbers (‘The Deadwood Stage’ for instance) with moments of introspection handled with similar skill and care. Lister’s poignant rendition of ‘Higher Than a Hawk’ is without equal here, made all the more personal as Lister also played guitar. You could almost hear the cicadas chirping. The musical’s undisputed hit, ‘Secret Love’, won an Academy Award in 1953 for Best Original Song and reached ‘Number 1’ on the Billboard charts the following year. While great numbers such as this may belong to a bygone age, the melody – based on the opening of Schubert’s Piano Sonata in A (D664) – still has the ability to bring an audience to its feet, especially when sung by Prenger whose incredible talent is no longer a secret.

After the curtain-call Lister addressed us, saying that some of the cast, in about a week’s time, will be cycling from London to Manchester in support of Hope for Justice, the charity that has a mission to end people-trafficking and slavery in the US, UK and Cambodia. This was a very personal message, the spectators responding generously judging from the jingling sound of change that rattled in the collection buckets.

Calamity Jane continues its UK tour ending on August 8 at the Richmond Theatre. After two hours of music, and fun, the urge to jump up and shout “Yeehah” is almost irresistible. Go see – you won’t regret it.