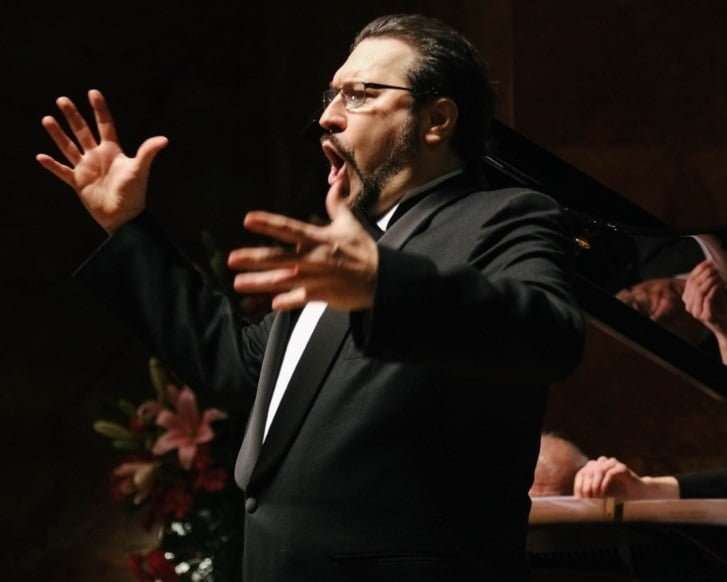 Ian Rosenblatt must dread the telephone’s ring as each of the concerts which bear his name approaches. This season has been particularly frustrating with three defections already, the latest involving the baritone Simone Piazzola, a second-place prize-winner in the 2013 Operalia competition. Fortunately the quality of the substitutes has been reassuringly good, suggesting that Mr Rosenblatt’s network of contacts can be relied upon to produce artists of comparable quality.

The current brochure for Rosenblatt Recitals promises both “major international stars” and “exciting new talents”. On this occasion a singer from the second group was replaced by someone from the first. The bass voice has been relatively well served in the fifteen-year duration of Rosenblatt’s invaluable recitals. It will always be the case that this low and isolated voice-type cannot attract the degree of popular acclaim that enlivens the efforts of tenor or soprano recitalists. A bass in Art Song is a rare bird. 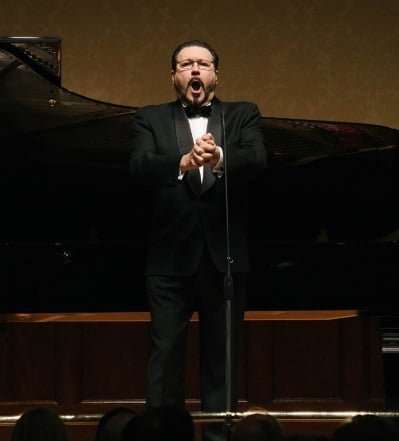 From the brotherhood of established star basses Rosenblatt has given us Roberto Scandiuzzi and Michele Pertusi, while Erwin Schrott eluded him in 2008 in an episode which only narrowly missed ending in the High Court. In view of that there was a hint of irony in the substitution of the scheduled singer by another of the regiment of international basses, Carlo Colombara.

It is an acknowledged truism that basses mature later in life than their more febrile counterparts. Signor Colombara, born 1964, with his jet-black hair and beard seems to have physically postponed the onset of middle age. His programme was designed to mix song with opera, extrovert histrionics with understated subtlety and linguistic variety.

The first half was quite short but the singer had to work hard, not because the idiom of French mélodie was foreign to him but because both his technical skills and his musicianship were roundly tested by it. In the Duparc he proved the possessor of the sensuous legato needed for L’invitation au voyage’ as well as being able to convey the stinging despair and sullen frustration of ‘Le manoir de Rosemonde’. Marco Boemi played his part colourfully in both. His characterful treatment of the Spanish dance-styles in the accompaniments to Ibert’s Don Quichotte songs belied the announcement of an indisposition.

These Ibert settings represent a carte de visite for Colombara when he appears as recitalist; he has also recorded them. His singing reflected Ibert’s imaginative treatment of the texts, even in this voice and piano version. In ‘Chanson du Départ’ Colombara’s declamation was imperious and proud, emphasising Don Quichotte’s nobility and his vision of the steadfastness of his reputation. In the final bars of the death scene he made much of the warm melodiousness into which the music dissolves.

Colombara’s is a craggy, rugged sort of bass voice, a Christoff rather than a Ghiaurov: the lower the tessitura the stronger and well-focused the tone. One notable shortcoming was a distinctly quivery patch above the stave which affected the voice when essaying soft head notes.

In the second half he could let himself go in operatic arias which are his bread-and-butter and it was no surprise that he carried the audience with him. There was no denying that he was more at home. Having sung Fiesco many times he was able to explore more possibilities of the character than are normally to be heard. In this treatment of ‘Il lacerato spirito’ the character was not one-dimensional but simultaneously mourning and severe.

King Philip’s aria suffered from the piano reduction of the orchestral part and which resulted in some awkward sounds out of keeping with the general distinction of the partnership. A pity, as Colombara injected much thoughtful detail into the arioso. The two Russian items caused no problems on the language front, though Colombara included a gratuitous yelp at the end of Aleko’s ‘Cavatina’ and a bovine cry to signal the start of Boris’s death scene.

This had been a consistently dour programme. Boemi had left the platform listlessly at each bow but he and his partner had not lost their sense of humour. To their credit the artists left us with something less grim: ‘La calunnia’, not overdone, and Colline’s farewell to his coat (La bohème). By this time the audience had taken them somewhere close to their hearts.