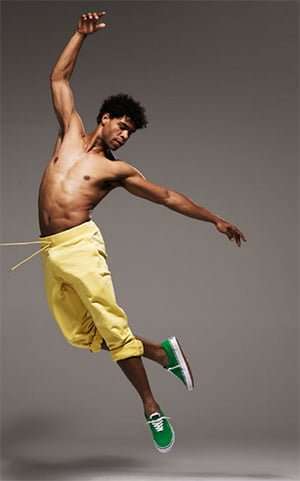 This was in many ways an extraordinary evening. Essentially a retrospective of Carlos Acosta’s remarkable career here in the UK, it was made up almost entirely with excerpts from works he has performed principally with The Royal Ballet. For the purpose, he surrounded himself with trusted friends, partners and colleagues from that company, and enlisted the services of the ever reliable Royal Ballet Sinfonia with Paul Murphy ably at the helm and even the Pegasus Choir for two choral pieces. He quite obviously pulled several strings at The Royal Ballet (where his new production of Don Quixote is set to premiere at the end of September, so one imagines they could hardly have refused his requests) and English National Ballet to secure costumes, props, elements of sets. What came together, therefore, was as far from a rag-bag of numbers cobbled together on a shoestring – it looked and sounded highly professional.

The triumph of the evening belonged in truth to two artists – Acosta himself, who performed generously and untiringly in many of the numbers, all of which demanded great effort, both physical and emotional, and Leanne Benjamin, the recently retired Royal Ballet principal who regaled the Coliseum audience with a final blaze of her considerable artistry; it was almost a compendium of her finest roles. Benjamin appeared in three numbers which delighted the audience who had, one suspects, resigned themselves never to see her dance again. Her speed, her intensity of emotion, and her controlled abandon served as an object lesson to every dancer, going from the youthful eroticism of Manon, through the maddened, sexual and suicidal frenzy of Mayerling to the cool purity of Requiem’s Pie Jesu. Benjamin, one last time, demonstrated that in MacMillan’s ballets, she has had no peer, such is her deep physical and psychological understanding of this great choreographer’s work.

Marianela Nuñez, with Benjamin and Cojocaru’s departure from The Royal Ballet, was by contrast having something of an off-night with a poorly focussed and smudgily-danced Winter Dreams pas de deux, and the Diana and Actaeon, which for every ‘trick’ that was pulled off another didn’t quite work. It mattered very little given the vigour with which she danced and her evident enjoyment to be performing. Best of all, her Terpsichore in a successful Apollo pas de deux, she coolly confident in the attentions the god, Acosta brimming with rutting vigour, pays her. Applause for Ricardo Cervera, one of the most interesting soloists the company possesses but someone who has never secured his due share of the limelight. He partnered a filigree Yuhui Choe with care and consideration in Rhapsody in which he showed, albeit fleetingly, his natural affinity with Ashton’s movement, and he was a tangy performer in Balanchine’s bizarre Rubies pas de deux, and an endearing Bratfisch in the Mayerling.

Towering above them all was Acosta himself, who looked on splendid physical form, mumming his way through the hokum of Scheherazade with total conviction, and possessing the animal desire that has been lacking in recent showings of this bit of old Ballets Russes tosh. The Diana and Actaeon showed him launch himself into the circus tricks demanded of him with considerable élan and, indeed, success. He seemed, at the age of 40, to have surprised even himself. His finest moments were reserved for the MacMillan where he repeated his desperate Rudolf in Mayerling and, most impressive of all, an intensely focussed Hostias from Requiem, where the simple movements of supplication were given great weight and meaning. Acosta, clad only in a loincloth and glistening with perspiration in the stuffy theatre, made for an extraordinary sight.

If this programme is a swansong of sorts, it is one of which he can be justifiably proud. If not, it has showed his continuing artistry and, of equal importance now, his development as a producer – previous evenings have been poorly planned and presented poor choreography. We can look forward to more evenings of this quality in future years.