Casanova
A musical written and composed by Philip Godfrey 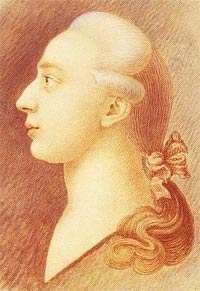 Giacomo Girolamo Casanova De Seingalt (1725-1798) is generally remembered for just one thing, his amorous adventures with women, some 120, which in today’s tell-all society seems insignificant when ‘celebrities’ and footballers and their wives and girlfriends admit to untold sexual encounters. In comparison to Don Juan who, according to Mozart’s opera “Don Giovanni”, had thousands of women, Casanova is not even in he game. However, whereas Don Juan was a mere hero of fiction, Casanova was the real thing and (as it were) a man of many parts.

Born in Venice to an actress mother and an actor and dancer called Casanova who probably was not his biological father, young Giacomo was more or less abandoned by his family and looked after by his grandmother who was instrumental in introducing the boy to witchcraft. He was sent to a boarding-house and then to live with a priest and his family where he enjoyed his first sexual experience at the age of eleven. He attended the University of Padua where he was a good scholar – in law, mathematics, moral philosophy, chemistry and medicine: and where he obtained a taste for gambling. He began his career as a lawyer’s clerk but soon became involved in sex scandals. He entered a seminary, becoming a scribe for Cardinal Acquaviva, a short-lived career. Casanova then joined the army, but he got bored with Corfu and lost all his money gambling. Back in Venice he became a violinist in a theatre. Tedium was relieved by his and his fellow players’ ‘laddish’ behaviour while out on the prowl, which would now earn them an ASBO. A stroke of luck intervened when he saved the life of Senator Brigadin merely by withholding the poison that his doctors were prescribing for the nobleman. The Senator, to thank him, employed Casanova as a legal assistant but more scandals ensued and he fled again to Parma.

This was the pattern of his life as he made his way around Europe, working, spending his money and seducing women. He was, apparently, no Don Juan for he genuinely liked women, although the inevitable scandals always led him back to prison. Escaping from the Doge’s Palace in Venice he fled to Paris where he became a trustee for the state lottery. Later, he came to England to sell the idea here, but there were no takers. He continued his Grand Tour of Europe, a mix of success and failure, and profits and losses in the money stakes. After Belgium, Russia, Poland, Spain and France, he returned to Italy, becoming a spy for the Venetian authorities. Constantly getting into hot water, he went on his travels again, became involved in a religious controversy with Voltaire, went to Paris and met the likes of Benjamin Franklin and Lorenzo Da Ponte whom he advised on the libretto for “Don Giovanni”.

His last years were spent as a librarian in Bohemia where he wrote his memoirs. Without those he would have been totally forgotten and the world would not have known of the dissolute lives that Casanova and his contemporaries led. His autobiographical output is valuable as a social history of the mores of the 18th-century. His “Histoire de ma vie”, all twelve volumes of it, remains in print. 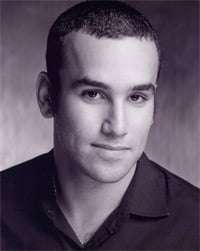 For his musical about Casanova, Philip Godfrey has taken some of the incidents of his life (a full account would be longer than “Gone with the Wind” and we don’t want that!) and fashioned them into an entertaining show that reveals the essence of the man’s life and loves. It doesn’t take itself too seriously and there are signs of tongues being firmly lodged in cheeks. It begins with Casanova on his deathbed reminiscing about his early days and his seduction into the ways of the amorous rake he was to become. He doesn’t seem to have been short of offers – women flung themselves at him, no doubt because he had immense charm and treated women as his equals. No misogynist he, Casanova was a thoughtful lover and had his own code of conduct regarding seduction. Whether he was typical of his contemporaries is unknown but there is the possibility that many young blades carried on in the same fashion as Casanova when love was a game.

Godfrey, a former Cambridge organ scholar, has written much choral music including pieces for children as well as chamber and orchestral music. The music for “Casanova” is pleasant, a mixture of rumbustiously choreographed production numbers and contemplative ballads and love songs. The book is comprised of short, sharp scenes and the dialogue seems to ring true despite some anachronisms. It’s difficult to avoid nudge-nudge lines that offer up innuendo such as “A man of my ability … I am a fiddler … I will not take this lying down … Looking for an opening” – et al – but it’s all in the spirit and fun of the thing which could, I suppose, be called “Carry on Casanova” as it is at times quite hilariously funny.

There are eleven members in the cast, which is a lot to cope with on the Greenwich Playhouse’s long, thin space, but the company manage very well, are all good singers and in particular are outstanding in the ensemble numbers. It’s all kept on the move – one scene leads seamlessly into another, the cast doubling- or trebling-up like mad. Director and choreographer Tim McArthur is to be congratulated on keeping the pace relentlessly on the go. The accompanying band brings a further touch of joie de vivre to proceedings.

The cast is uniformly talented, from Anthony Flaum’s charismatic showing in the title role through all the various characters that Casanova meets on his travels around Europe. Julia G. Addison plays Casanova’s life-long love Henriette with conviction, as well as putting in appearances as two other ladies. Scott Armstrong is Senator Bragadin, Antonio and Frederick the Great, and Gemma Morsley is Lucrezia and Catherine the Great, David Longden plays both a Cardinal and Voltaire and two other roles besides, and so it goes. The tone of the piece is very much musical comedy but it also reveals insights about a man who might otherwise be a total enigma. This is altogether an endearing piece that, with its lack of pretension, is far more successful than many a bigger, more serious production could ever possibly be.