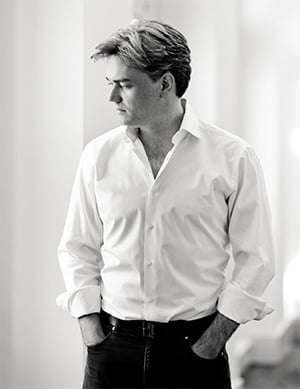 Mendelssohn’s symphonies constitute one of the more unlikely such cycles in the nineteenth-century, and one which has fared poorly in the eyes of posterity compared to those by Schumann or especially Brahms. So all credit to the City of Birmingham Symphony Orchestra for undertaking the present cycle with principal guest conductor Edward Gardner, thus enabling listeners to renew acquaintance with works that have rather fallen out of the mainstream repertoire over recent decades. That the initial two of these concerts are taking place in Birmingham’s Town Hall (recently transformed by refurbishment) is an added attraction, given that this venue witnessed several of the composer’s greatest triumphs.

Numbering of Mendelssohn’s symphonies by no means reflects their order of composition, making the ‘Italian’ (1832) the Third rather than the Fourth. Surprising that this piece went unpublished in his lifetime – perhaps reflecting doubts over what can seem more an illustrative symphonic suite. In Gardner’s hands, the opening Allegro was finely propelled yet with the right emphasis on its suave second theme and some incisive string playing in the contrapuntal build-up at the start of the development: a pity he omitted the exposition repeat – as, with its lengthy transition back to the main theme, this is one of the few symphonic repeats that ought to be mandatory. The Andante brought its twin aspects of marching Pilgrims and capering counterpoint into purposeful accord, then its successor had a poise and elegance as befits this most deft of intermezzos (with evocative horn playing in the trio). Gardner rightly underlined rhythmic contrast between the finale’s saltarello and tarantella themes, while the surge to the A minor close could hardly have been more unequivocal. 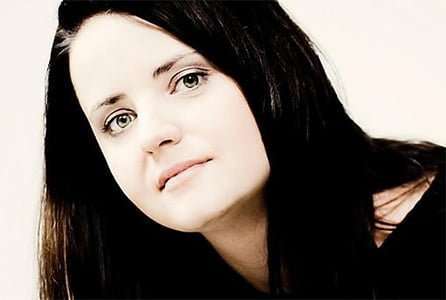 Unlike most of his symphonies, Mendelssohn’s E minor Violin Concerto (1844) has never fallen out of favour. A work that takes its composer’s formal and expressive concerns to a virtual peak of perfection can too easily be taken for granted, making this account from Baiba Skride (replacing an indisposed Veronika Eberle) the more compelling. Her rapport with Gardner was evident from the outset, though it was in her fluid rendering of the first movement’s developmental cadenza that this performance really hit its stride: one maintained during a plaintively expressive Andante, which unfolded with an almost barcarolle-like gait in its outer sections and with no lack of pathos in its central section, then throughout a finale whose spirited progress evinced no trace of the blandness that so often mars this understatedly innovative music. Only a touch of edginess in the more bracing passagework prevented this reading from being among the finest, while Gardner’s adept accompaniment enabled one to savour the incidental detail and counter-melodies as brought out in the orchestral writing.

After the interval came the ‘Reformation’ (1830) – known as Mendelssohn’s Fifth Symphony but in reality his Second (the dozen ‘string symphonies’ of his adolescence notwithstanding), and again a piece that languished after initial airings. Its relative neglect today is regrettable as, despite formal shortcomings, the work exudes an impulsive drama which finds the composer poised between precociousness and maturity. Gardner judged the first movement’s majestic introduction almost ideally and had the measure of its stormy Allegro through to the tempestuous coda, then dispatched the scherzo with lithesome wit and the ‘song without words’ that is the brief Andante with touching restraint. The chorale ‘Ein’ feste Burg’ that launches the finale was airily rendered, while the ensuing fantasia on this theme was energetic without being over-driven. A couple more desks in each section might have prevented the strings from thinning out in their intensive fugal passages, but the chorale’s climactic return had the affirmation needed and the final bars lacked nothing in elation.

A fine showing for the CBSO, as well as an auspicious start to this Mendelssohn cycle that continues on Thursday 24th October with the First and Third (or rather the Fifth, the ‘Scottish’!) Symphonies, along with the Second Piano Concerto which enjoyed huge popularity for more than a century after its premiere here 176 year ago: hence the ‘Birmingham Concerto’ epithet.