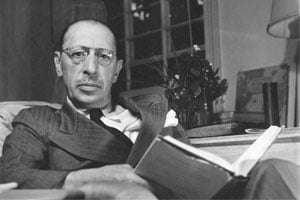 This instalment of the City of Birmingham Symphony Orchestra’s “IgorFest” found itself, courtesy of political conferences, in CBSO Centre – the orchestra’s rehearsal and recital venue which, if acoustically a little opaque when larger forces and a sizeable audience are in situ, was yet fitting for such a programme. A fair number of short pieces can present problems of continuity, but stage-management was beyond reproach, while Paul Griffiths’s informal observations helped to fill out such lacunae as there were.

Temporally, the evening ranged over a fair portion of Stravinsky’s output – beginning with his Opus 2 (out of nine designated opuses, though does anyone know what ‘Opus 8’ actually is?), the short song-cycle after Pushkin “The Faun and the Shepherdess” (1908). Dedicated to his wife Catherine, it finds the young composer moving away from tried-and-trusted models in Rimsky-Korsakov and Glazunov to try out elements of Tchaikovsky and even Wagner. If ‘The Shepherdess’ is a little staid in its word-setting, ‘The Faun’ has an appealing capriciousness and ‘The ‘Torrent’ brings the erotic pursuit to a close out of whose provisional feel Stravinsky was soon to make a virtue. Deftly sung by Lucy Schaufer and attentively directed by Sakari Oramo, its jejune quality is just what makes it worth occasional revival today. 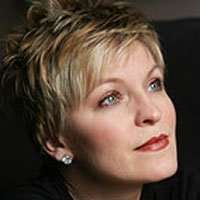 It was, inevitably, outfaced by the two even shorter collections that followed. “Two Poems of Balmont” (1911) inhabit a vein of attenuated mysticism that intermittently preoccupied Stravinsky (along with other Russian composers) prior to the First World War, though any such vagueness is brought into clearer focus by the 1953 version for chamber ensemble; endowing them with a limpidity that brings them in line with “Three Japanese Lyrics” (1913). These latter draw on the precedent of Schoenberg’s “Pierrot Lunaire” in sinuously Ravelian terms: music whose timelessness is enhanced by its brevity, and with both groups requiring a lightness of touch such as Claire Booth is ideally equipped to provide.

The first half ended with the Suite drawn from “Pulcinella” (1920) – Stravinsky’s discreet but invigorating reappraisal of seventeenth-century songs and dances (now known mostly not to be by Giovanni Pergolesi) that, almost by accident, set the agenda for his three decades of neo-classicism. Wisely avoiding the mistake of laminating a specious ‘authenticity’ onto this music, Oramo delivered a capable performance that, if just a touch stolid in ‘Sinfonia’, otherwise lacked little in elegance or style. The sequence from ‘Serenata’ through to ‘Andantino’ was seamlessly integrated, while woodwind phrasing in ‘Gavotta’ and its attendant Variations was a delight; nor did Oramo miss out on robust humour elsewhere, confirming his ease with this seminal fusion of the old and the new.

After the interval, arrangements of pieces from Tchaikovsky’s The Sleeping Beauty. The programme-listing and programme-note differed as to content: what was heard were ‘Variation d’Aurore’ and the hardly more substantial ‘Entr’acte symphonique’ that Stravinsky provided for a 1921 London presentation by Ballets Russes (a pity his pithy 1941 orchestration of ‘Bluebird Pas-de-deux’ was not also included). Following on, not too incongruously, came Monumentum pro Gesualdo di Venosa – the 1960 orchestration of three madrigals by the Venetian composer that breathes the asceticism of Stravinsky’s final creative decade and which were tellingly realised here.

Songs from Stravinsky’s ‘Russian’ period were yet the highlight of the evening – naïve folk-texts that take on a new dimension in such characterful settings. Thus the acerbic harmonies and scintillating rhythms of “Pribautki” (1914), the alluring poise of the winsome “Cat’s Cradle Songs” (1915); above all, and because the larger forces mean they are rarely encountered, Three Little Songs (1913) whose recollections of childhood are made the more acute in their 1930 orchestration. Lucy Schaufer did the honours in the first two sets and Claire Booth in the third, then the former returned for “Tilimbom” – a 1923 orchestration of the first song from another group which, with its over-ample texture andresulting imbalance between voice and ensemble, must be judged a rare failing on Stravinsky’s part.

Oramo then directed Ode (1943), the compact triptych commissioned by Serge Koussevitzky as a memorial to his wife. Whether the circumstances directed Stravinsky thoughts to his Symphonies of Wind Instruments, or whether it was that Koussevitzky’s premiere of that work was a notable disaster, Ode is a passive tribute even by the composer’s standards. Oramo seemed uninspired by the reticent opening ‘Eulogy’, but fairly galvanised the orchestra in a vibrant account of the horn-driven ‘Eclogue’ (a piece that is curiously redolent of Prokofiev, or should it be the other way round?), then steered a notably secure course through the evocative succession of verses and refrains that comprise the closing ‘Epitaph’. An anti-climactic way to round-off the concert, perhaps, yet given the decidedly miscellaneous nature of the programme as a whole, not an inappropriate one.