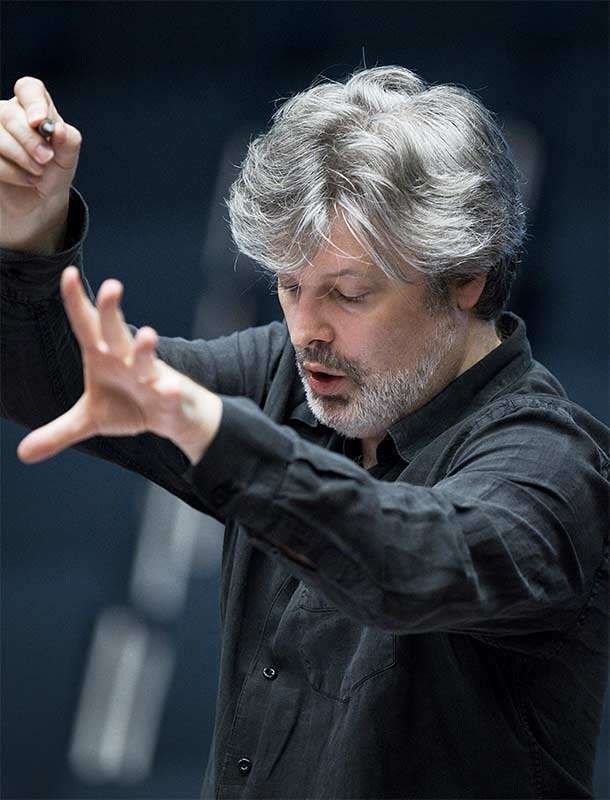 James MacMillan’s St Luke Passion, co-commissioned for the 40th-anniversary of the CBSO Chorus, eschews the use of vocal soloists in favour of dense and demanding choral writing for the roles of narrator, protagonists and onlookers. The biblical text is taken from the Gospel of St Luke, and essentially comprises Chapters 22 and 23 virtually in their entirety, whilst the ‘Prelude’ draws from elsewhere in the same Gospel and the ‘Postlude’ takes a few verses from the Acts of the Apostles.

Thus we have the Last Supper, Jesus’s arrest, the Judgement of Pontius Pilate and the Crucifixion. The youthful voices represent the Voice of Christ, stressing the purity and calmness of Jesus in music of warm harmony. The CBSO Chorus played all the other characters, often with startling power and colour.

MacMillan’s St Luke Passion opens with three emphatic orchestral blasts, the first two followed by silence, the musical threads emerging from the third. MacMillan gives the orchestra much of the emotional and dramatic commentary. The music leading to Pilate’s Judgement has an almost martial quality and there is a thunderous organ volley at this point, the instrument playing a critical role in the ‘Postlude’ with much nifty footwork needed from Julian Wilkins.

One might have anticipated the lack of soloists to bring uniformity to the remaining protagonists. Given Luke’s Gospel is restrained, this proved not to be the case. Peter’s three-times-denial of Christ is less overtly dramatic, and yet the music manages to underpin the horror of his realisation without words needing to be said or sung.

The Chorus therefore needs to differentiate characters. MacMillan often concentrates on certain parts of voice-types to provide contrast. The CBSO Chorus was on fine fettle and enthusiastic to the task – only rarely did the complexity of the music present difficulties. The tenors seemed uncertain at the point where Simon of Cyrene takes-up Jesus’s cross on the route to the Golgotha. The narrative built to a strong climax and one was left in no doubt that this is a major addition to the choral repertoire. The ending is not entirely positive – there is an uncertain, restless and uncompromising quality to it, perhaps entirely appropriate to our own troubled times. The first London performance of St Luke Passion will be given by the Britten Sinfonia conducted by the composer on 5 April next year, at the Barbican Hall.

The first half of this CBSO concert was an individual account of Benjamin Britten’s Serenade. Toby Spence was the admirable tenor – deftly alternating between a mellifluous palette and one that was fuller and yet sinewy. As with much of Britten’s writing, specifically for the inimitable Peter Pears, it must be hard to put one’s stamp on these settings. Spence certainly managed that, and his colouring and diction were superb. Richard Watkins’s horn-playing was magnificent and arresting. His ‘calls’ were suitably charged, and soft playing in the nocturnal settings was equally evocative. MacMillan was in calm control and generous to his soloists.