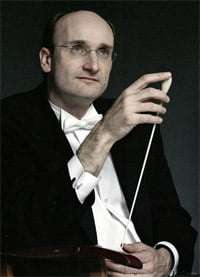 Certain works never quite break out of what might be called ‘regional repertoire’ – enjoying frequent performances in their country of origin, without achieving anything like the same success elsewhere. A notable example is the Second Symphony by Wilhelm Stenhammar – the most important Swedish symphony between those by Franz Berwald and Hilding Rosenberg, which was last heard in London during the 1985 Proms season conducted by Sixten Ehrling (though there have been more recent UK performances in Glasgow and Manchester) and which was only this matinee concert receiving its first performance in Birmingham.

Composed between 1911 and 1915, this was the work with which Stenhammar challenged (consciously or otherwise) the symphonic mastery of Sibelius and Nielsen and, if only in this one instance (a First Symphony was repudiated by the composer while a Third barely got beyond the planning stage), succeeded admirably. At around 45 minutes, this is an imposing work on the scale of Sibelius’s first two symphonies yet with a tautness of argument and refinement of orchestration that picks up on the Finnish composer’s Third and Fourth Symphonies, and with a harmonic astringency that looks forward to the later symphonies of Nielsen. All three were looking for ways to evolve symphonic form and found it in a modal use of tonality; with Stenhammar, this involved incorporating hymn tunes and dance music from the Renaissance and the Baroque eras deep within the structure of his own music.

Although Andrew Manze is best known in the UK as among the most inventive of ‘authentic’ violinists, he is now into his fifth season as Principal Conductor of the Helsingborg Symphony Orchestra. That he had the measure of the Stenhammar was evident from his trenchant handling of the first movement’s initial pages – making way for a wistful second subject and robust codetta before this contrasting material is drawn into an intensive development, prior to a transition back to the opening theme whose hushed anticipation was as precisely caught as the coda’s defiance. The Andante was even finer, unfolding as a barcarolle pervaded by a funeral march that reaches a heady climax, before regaining its earlier poise and ending with a whimsical aside. As, also, does the scherzo – its trenchant dance rhythms vigorously delineated and thrown into productive relief by the enticing reverie which acts as its trio.

With its pervasive fugal writing and its intricate interplay of sonata and rondo processes, the finale is the longest movement and also the most difficult to make cohere. If Manze did not quite succeed on this occasion, he came very close – infusing the introduction with no mean breadth, then heading into the first fugue with real incisiveness. The slow fugue that follows did marginally ‘hang fire’ and the build-up to the central double fugue felt less than inexorable, though the transformation of the fugal theme into a melody to rank with the finest was effected with impulsive ardour. The transition back to the first fugue seemed a little too abrupt, though not the onset of the coda as the harmonic and melodic facets of the fugue theme are brought together as an eloquent chorale that crowns the finale, indeed the whole symphony, with a triumph the more enduring for being so powerfully achieved.

The City of Birmingham Symphony Orchestra’s contribution should not be overlooked. In particular, woodwind and brass evinced a vividly ‘Nordic’ timbre (not surprising, perhaps, given how central Sibelius and Nielsen have been to its repertoire during these past three decades), while the strings coped ably with the rhythmic and intonational difficulties of Stenhammar’s writing. What came over was a performance shot-through with the excitement of discovery, and one can only hope that Manze (who has the First Symphony scheduled in Helsingborg next spring) will return with more of this composer in due course. 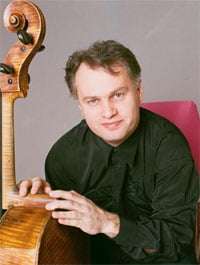 Not that the first half was without its attractions. Manze directed an inspiriting account of the first of Grieg’s Peer Gynt suites that, while lacking the final degree of rapture in ‘Morning’ and gravitas in ‘The Death of Åse’, found the right sensuous allure in ‘Anitra’s Dance’ and dispatched the crescendo of excitement of ‘In the Hall of the Mountain King’ with absolute assurance. First heard in Birmingham 90 years ago, Elgar’s Cello Concerto remains a sure favourite here and was done justice to by Torleif Thedéen. The opening movement was longer-breathed than is now often the case, but contrasted the more so with the capricious scherzo that follows, while the Adagio was a ‘song without words’ no less moving for its brevity. The finale unfolded purposefully, losing just a little momentum in its sustained apotheosis, though there was no doubting Thedéen’s commitment here or in the fateful closing bars.