This concert was clear affirmation of the happy working relationship forged between Andris Nelsons and Jonas Kaufmann at Bayreuth, where both made their respective Festspielhaus debuts in Wagner’s Lohengrin when the production was new in 2010. But if the songs of Richard Strauss were obvious territory for Kaufmann in this Symphony Hall programme, Mahler’s Kindertotenlieder was not; it is uncommon for this song-cycle to be sung by a tenor. The fact that Kaufmann has embarked on Wagner is indication enough that being pigeonholed is not for him; even so, the Rückert settings reflecting on the death of children demand guts and commitment of an unusual order. 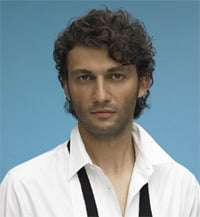 Singing these unbearably poignant songs is a form of torture: Kaufmann seemed to approach it as a journey, over the course of which the experience of pain might permit some sort of resignation to fate to be reached, even if resolution were unachievable. In the first two songs the enormity of the undertaking was all too apparent, the high tessitura as testing as the sentiments of the poems. While the tenderness and expressiveness of Kaufmann’s inflections got to the heart of Rückert’s words, there were moments when the voice almost choked with feeling. How could it be otherwise? Can a performance where the tone is always impeccable be as emotionally valid? Again, in the third song – the music suggesting a simple domestic scene, but the mind plays tricks and conjures the image of the dead daughter at her mother’s side – Kaufmann captured the way that hope mixed with desperation burst out together, then in a more-veiled delivery suggested the terrible blur between fantasy and reality. In the fourth song the music begins to hint at the possibility of greater equanimity as the poet imagines the children walking up the slopes towards Heaven; it was here that Kaufmann’s voice gradually began to be warmer in colour and open out. Anguish remains in the final setting, but it becomes muted. Consolation, such as it can be, comes in the last four lines. Kaufmann made this the most moving utterance. Nelsons complemented it beautifully so that Mahler’s instrumentation, with its aura of flutes and celestial harp as well the cellos’ final sighing lines, brought the intimations of what the poet wills to be Heaven.

Any tension that Kaufmann might have felt in the Mahler was dissipated entirely in the sequence of Richard Strauss Lieder: now he was in complete control, the romance of the music realised through instinctively musical and unaffected style. Ruhe meine Seele was a good foil to Kindertotenlieder, with the balm of the final stanza invoking peace. Morgen! was outstanding, with Laurence Jackson’s violin solo in the prelude eloquently spun. Kaufmann had struck a pensive pose at the song’s opening and maintained it as though he were observing from the outside, yet the intimacy, the final lines almost whispered, created a magical effect. In Cäcilie Kaufmann reached up almost effortlessly to the “seligen Höhn”, the blessed heights. In a brief encore, Zueignung, the Kaufmann sound was at its most burnished.

While in Morgen! the vision of the sea-shore is couched in terms of idyllic bliss, the works which framed the Mahler and Strauss offered portrayals of the deep full of metaphor and altogether more challenging. This was not the first time that Nelsons has programmed Britten’s Sea Interludes with Debussy’s La mer. The ‘Passacaglia’ was inserted between ‘Moonlight’ and ‘Storm’, which worked remarkably well and not simply because of creating a five-movement sequence to balance the five Rückert settings in the Mahler. The dark and quietly threatening opening to the ‘Passacaglia’, presaging the fatal cliff-fall of the boy John, Grimes’s apprentice, connected it to Kindertotenlieder. Similarly, the clarity with which Nelsons handled the instrumentation – flutes, celesta and the return of Christopher Yates’s haunting viola – at the end set up parallels which would then emerge tellingly in the Mahler. In La mer, the way Nelsons painted the ever-changing seascape had infinite sensitivity as well as stirring drama. The CBSO musicians responded with passionate dedication.