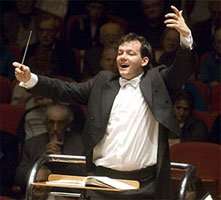 Expectation was high for this the opening concert of the City of Birmingham Symphony Orchestra’s 2008/09 season but, more significantly, the beginning of the tenure of music director Andris Nelsons. On the surface of it, the programme of Wagner, Bartók and Berlioz was designed to create a suitable blaze of fireworks and Nelsons’s naturally explosive energy certainly realised that objective. Yet it was his infinitely careful attention to expressive detail that underlined just what a musician he is and what this augurs in terms of the next phase in the CBSO’s development.

During his time as music director of the Latvian National Opera in Riga, a post Richard Wagner held over a century an half before him, Nelsons acquired an affinity for that composer which will be properly put to the Birmingham test in an all-Wagner concert later in the season. For now, it was sufficient to hear the Overture to “Rienzi”, to sense from the very first bars an iron control over dynamics and, in his elegantly expansive phrasing of Rienzi’s prayer, the ability to feel every note while simultaneously ensuring a momentum on which the rest of the overture could then be built and a triumphant climax reached. Nelsons’s generous appreciation of Alan Thomas’s clarion trumpet calls was clearly heartfelt; before turning to conducting he was a trumpeter himself. 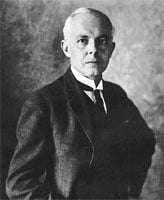 The events of Bartók’s The Miraculous Mandarin (in suite form) were also strategically paced by Nelsons and, crucially, the tension he engendered in the transitions from one scene to the next further heightened the drama. Bartók’s textures are extreme, Nelsons made them more so: one moment raucous and sinister, the next insinuatingly seductive, and in the insistent barbaric rhythms came a fierce intensity. There was something distinctly disquieting about this performance which, given the violent nature of the subject matter, is exactly as it should be.

Berlioz’s Symphonie fantastique positively demands a young man to conduct it and, at 29 (until November at least), Nelsons is just a couple of years older than the love-struck, obsessive composer. But, while this interpretation was brimful of youthful passion, Berlioz’s startling original, revolutionary approach to orchestral colour emerged with equal commitment. It takes a wise young man to achieve that. The wealth of the detail and the sheer finesse with which it was handled made the whole symphony, not-quite-an-hour of it and in some hands tediously long, compelling throughout.

The manipulations of the idée fixe held the listener transfixed, with the exchanges between Peter Walden’s cor anglais and the off-stage oboe – placed high in Symphony Hall’s auditorium – conjuring an extraordinary atmosphere. The ghostly menace of the timpani sent shivers down the spine, while there was a manic frisson to the ‘Witches’ Sabbath’.

Like his mentor Mariss Jansons, Andris Nelsons has about him an irrepressible theatricality but, again like Jansons, his gestures have a precision that means they are devastatingly effective. Conducting the Berlioz without a score, there was never a second when he wasn’t locked-in to his players and they to him. Being made to hear things anew is the hallmark of an exceptional conductor and for that to happen with a work as familiar, as hackneyed even, as Symphonie fantastique, suggests that the years ahead could indeed be revelatory. It is a tantalising prospect.