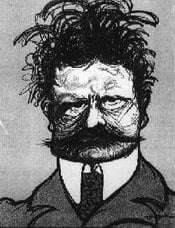 Opening his last season as Music Director of the City of Birmingham Symphony in the month of the 50th-anniversary of Sibelius’s death, it made sense for Sakari Oramo to tackle the seven numbered symphonies – of which this first instalment confirmed an interpretative stance that has continued to evolve since he and the orchestra recorded a highly successful cycle for Erato earlier in the decade. Interestingly, the three concerts apportion the symphonies in almost exactly the same way as Simon Rattle did in his cycle with the CBSO in 1983: the main difference being that the concert comprising the last three symphonies precedes that featuring the Second and Third Symphonies – a chronological liberty which at least enables the latter work to be heard on the exact centenary of its premiere.

The series got going with a Swan of Tuonela that fittingly set the scene. Expansive in its unfolding, with translucent string textures and Peter Walden assured in the plangent cor anglais solo he must have played many times, this was a reading of Wagnerian gravitas; apt for a piece that began life as prelude to an opera Sibelius abandoned once the impact of the German master had been absorbed.

Certainly its inwardness felt almost opulent next to the introspection of the Fourth Symphony. The highlight of Oramo’s recorded cycle, it made a spellbinding impression here – and not merely because the conductor did not replicate that earlier achievement. No other Sibelius symphony has benefited from his emergence as a figure more radical than his admirers or detractors of an earlier era could have envisaged. Nor was it possible then to reach beyond the music’s glacial surface to the sheer intensity that Sibelius invests in its expression – largely remaking ‘classical’ tonality in the process.

Factors that were made manifest in this performance – one that also benefited from Oramo’s virtual running together of the initial two, then the latter two movements. In this way, the cumulative force of the first movement (its ‘quasi adagio’ marking tellingly observed) was channelled effortlessly into the tensile energy of a scherzo whose ominous quality was palpable by the close; then the gathering of motivic means towards melodic ends in the slow movement effected a tonal stasis propelled into sudden activity by the capricious start of the finale. Few conductors have ‘read’ this last movement more perceptively – not least in the way the jarring dissonance of its climax is actually the resolution the whole work has been seeking, and whose stoic coda needs no special emphasis to feel conclusive. Under Oramo, the work’s austere yet vital inevitability can rarely have been so powerfully conveyed.

As a foil to the preceding, the Three Symphonic Pieces for cello and orchestra felt wholly apposite. Not that this is a rediscovered concerto – rather an effective combining of the Two Serious Melodies (Opus 77) with the large-scale Malinconia (Opus 20) Sibelius wrote in the wake of his daughter’s death, and whose taxing and – it has to be said – ungrateful piano part has here been imaginatively realised in orchestral terms by Jouni Kaipainen (himself a symphonist of note). And, while hardly ‘symphonic’ as such, these pieces do form a viable sequence: the discursive mood-swings of ‘Malinconia’ finding a complement in the ruminative ‘Devotion’, then the soulful ‘Cantique’. Martti Rousi’s lack of expressive inhibition more than outweighed passing vagaries of intonation, with Oramo and the CBSO thoughtfully understated in their support. As an unlikely addition to the repertoire, this has much to be said for it.

Finally to the beginning and an account of the First Symphony that suggested Oramo as having drawn back from the vigorous Classicism espoused by several present-day conductors (and Osmo Vänskä in particular) to something more expansively, though never indulgently Romantic. Not that this precludeda simmering expectancy in the clarinet’s initial soliloquy, or the sense that the overall course of the first movement mattered more than the rugged attractions of its themes. Similarly, it was the deft handling of the Andante’s transitions that proved more engrossing than the Tchaikovskian rhetoric of its climax, though the relatively slack trio undermined the bracing vigour of the scherzo. Oramo had the measure of the finale – the ‘Quasi una Fantasia’ epithet more apparent than real as it headed to a denouement reckless in the light of what came after, but impressively sustained here.

There is a strong case for making the Fourth Symphony the culmination of any concert in which it features, but if the audience here did not leave the hall in numbed thoughtfulness, then the spectators at least left it well satisfied and no doubt looking forward to the remaining two concerts in this Sibelius cycle.