This final concert of Sakari Oramo and the CBSO’s Sibelius cycle moved backwards, symphonically speaking, to include the Second and Third symphonies – the latter given a hundred years and a day after its premiere. In Oramo’s hands, it emerged as more imposing than the ‘classicising’ transitional work it often seems. The first movement had an inwardness to offset the robust energy elsewhere, while the coda’s gravitas was conveyed without rhetorical emphasis. More controversial was Oramo’s approach to the second movement: often taken as a lilting intermezzo, its gait here was rather more deliberate – though as Oramo has pointed out, there are compelling reasons (not least the composer’s preference) for doing so and it did afford the magical episode for divided cellos greater prominence. With its elision of scherzo and finale, the third movement can prove even more elusive and it was a tribute to Oramo’s judicious pacing that the capricious first half did not run away with itself, with its onward drive remaining as backdrop to a peroration that satisfyingly avoided any hint of bombast. 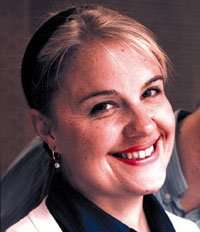 The remainder of the first half featured Anu Komsi. First came the song “Echo-Nymph” – one of only a handful that Sibelius set to a Finnish text, its barbed sentiments from a lovelorn nymph given an added poignancy in this deft orchestration by Jouni Kaipainen. There followed an account of the ‘creation of the world’ scena-cum-tone poem “Luonnotar” to make one marvel anew at the sheer inventiveness of its material and the way this is abetted by the work’s formal compression. It helped that Komsi was so attuned to those extremes of compass and expression that make this a singular piece even in the context of Sibelius’s maturity. With the CBSO alive to every nuance, it was a highlightof this series: as fine a reading of this (happily) increasingly familiar work as one is likely to hear.

The second half opened with the piece that perhaps should have opened last Saturday’s programme, but a performance of The Oceanides is not to be decried, even if this one was a shade disappointing. Oramo had the measure of its constantly undulating motion and sensuously impressionistic textures, but there was insufficient cumulative momentum built up during the course of the piece – such that the climax, with its elemental double-arc of energy, lacked the inexorable force that it can evince.

And so to the Second Symphony, for long Sibelius’s most popular – indeed, the most often performed symphony of the twentieth century for much of the latter’s course – but a piece that, unlike any of its successors, has not fared well in an era wary of such overt emotion and aspiration. If Oramo did not reinvent the work for the present, he went a long way to reconciling its expressive directness with the formal ingenuity that points most clearly to the future Sibelius. The opening Allegretto was a little matter of fact, not least in the approach to its climactic reprise, but the second movement was finely rendered – its alternating of strife and repose confirmed as the necessary intensification of what went before, as well as the means by which the work’s ultimate course is made possible.

Rugged rather than rapier-like in its energy, the scherzo was well complemented by its winsome trio – the latter’s return the start of a potent transition into the finale. A movement that can seem less than the sum of its parts, it cohered well here: the ‘big tune’ neither over-milked nor rushed through, and the folk-inflected theme for woodwind exuding mystery and foreboding in equal measure. Oramo slightly over-emphasised the codetta following its first appearance, but his transition into the coda itself was faultless: violins receding beyond earshot as the brass sounded out the closing chorale – its triumph shot through with a telling defiance. Not the last word on this symphony by any means, but in the present era one is unlikely to hear a more convincing or a more cohesive performance.

It rounded off a fulfilling series – in which the CBSO’s all-round excellence as the ‘Oramo era’ nears its close was reaffirmed, and one was left in no doubt as to the role of the Sibelius symphonies in terms both of their place in the current orchestral repertoire and in their relevance to its future.