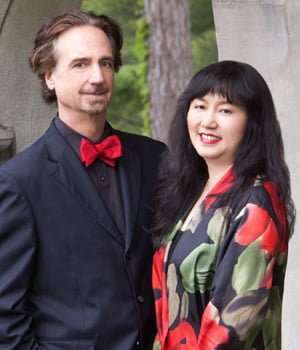 In this concert commemorating Benjamin Britten’s centennial, the Chamber Music Society of Lincoln Center assembled a program that afforded an opportunity to relish some of the composer’s lighter-hearted works and also to experience one of his most moving compositions.

The four works in the first half, all written by Britten between the ages of 19 and 22, were replete with youthful spirit and playfulness. Gloria Chien played brilliantly in the first two pieces, first accompanying Todd Phillips in the Suite for Violin and Piano and then James Austin Smith in Two Insect Pieces. Phillips met the Suite’s many challenges – lots of harmonics in ‘March’ and the sweetly gentle ‘Lullaby’, lighting-fast pyrotechnics in ‘Moto perpetuo’, and spiccato bowing in the concluding ‘Waltz’, played with appropriate grandeur. Smith was also virtuosic, his oboe conjuring up jocular images of the work’s eponymous creatures, the grasshopper and the wasp. Smith then joined members of the Orion Quartet for a reading of the Phantasy Quartet filled with propulsive energy. Todd Phillips then joined his Orion partners in a spirited performance of Three Divertimentos. First came a bouncy ‘March’, then a ‘Waltz’ in which melodic lines were shuttled back and forth as the players took turns maintaining the not-very-danceable rhythm, and finally a ‘Burlesque’ in the nature of a moto perpetuo. 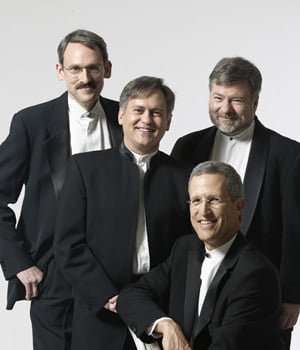 After intermission Chien was joined by Anthony Dean Griffey and Daniel Taylor in Canticle II: Abraham and Isaac, Britten’s achingly touching setting of the Chester miracle play’s telling of the biblical story (which includes two anachronistic New Testament references). Griffey, a specialist in English-language works, gave a strong, vocally radiant characterization of the patriarch, a part written for Britten’s partner Peter Pears. The role of Isaac was sung by contralto Kathleen Ferrier at the 1952 premiere, but it is now usually performed by a countertenor – here Taylor, who effectively portrayed the child’s initial fear and ultimate resignation to God’s will. The two singers combined in close harmony at the beginning of the work and later at its crucial moment to represent the voice of God, but they passed up the opportunity to make these mesmerizing passages still eerier by facing away from the audience and singing into the open piano. (This was done, with stage lights dimmed for further dramatic effect, when Griffey performed this work with David Daniels at Carnegie Hall some years ago, and more recently by Mark Padmore and Iestyn Davies in a Wigmore Hall recital launching the Britten centenary year.)

The concert ended with a fine performance of Britten’s Cello Sonata by the husband and wife team of David Finckel and Wu Han, who are also the co-artistic directors of the Chamber Music Society. The Sonata, written for and premiered by Mstislav Rostropovich in 1961, calls for nearly every technique possible on the cello, and Finckel seemed to be having a marvelous time performing the witty music. After the opening ‘Dialogo’, which alternated between energetic and introspective passages, Finckel laid his bow down for the ‘Scherzo’, a dazzling pizzicato tour de force in which all ten fingers seemed to be flying across the strings, echoed by the piano. The ‘Elegia’ was quite expressive, growing darker after Finckel muted the strings while playing a sustained note on the open C-string. In the final two movements, he showed off varied bowing techniques, playing sul ponticello in ‘Marcia’ and spiccato in ‘Moto perpetuo’, with harmonic glissandos and pizzicato arpeggios thrown in for good measure. An almost fiendish intensity pervaded the final movement, with Wu Han matching Finckel’s high spirits.