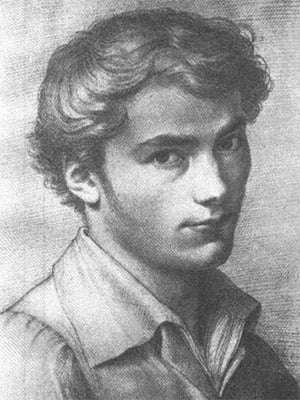 Every so often a concert comes along that leaves you feeling like you’ve discovered hidden treasure. The Chamber Music Society of Lincoln Center offered one such with this “Masterpieces for Eight” program. The octet is an ideal size in terms of tonal depth and vibrant interaction, and Schubert’s and Mendelssohn’s compositions for the genre are nothing short of marvelous.

The other ‘masterpiece’ was the musicianship to be savored in the Schubert. Led by Erin Keefe, concertmaster of the Minnesota Orchestra, these string- and wind-players captivated with their fresh energy and pleasure in making music together. Up and down went David Aaron Carpenter’s eyebrows as he glanced over at Keefe and Sean Lee, both formidable violinists. Keefe’s commanding leadership came through entirely in the musicians’ atomic fusion – the seamless phrasing, the effortless flow of dynamics, tempo and articulation, and the fluid exchanges of melody. Count Ferdinand von Troyer, who commissioned the work in 1824 as a companion to Beethoven’s Septet, was an amateur clarinetist. Schubert certainly knew how to cater to his patron in giving the instrument a fair share of the spotlight. It also figures prominently in the second-movement Adagio, whose lilting arpeggios could easily become a cliché but which swayed naturally here. The scherzo then took off with terrific force, full of bite and soulful swells. Radovan Vlatković and Jakob Koranyi respectively delivered the horn and cello solos in the promenade-like Andante. Then, following a spirited Minuet, the players drove into the exhilarating finale, bursting with fast-scrubbing bows and racing notes that felt like body-shaking giggles. Together, these musicians could tackle any mood or texture. The only drawback was waiting six movements to applaud them.

The shift to Mendelssohn’s strings-only Octet required a slight aural adjustment. Here the lead violin is more of a soloist than in the Schubert. Ani Kavafian, a veteran of the Chamber Music Society, threw her whole body into the task. Her colleagues made a fully charged effort, too, but somehow the rendition plowed forward like a wobbly wheel, never quite finding stable ground. Kavafian’s dramatic lines – particularly the opening’s beautifully stretched melody – suffered from intonation slips, even after re-tuning between movements. Mendelssohn was 16 when he wrote the Octet in 1825, and the potency of his music might have prevailed had the group really clicked. Cellists Koranyi and Mihai Marica were strongest in being unified and inspired, while Keefe and Lee gave Kavafian and Alexander Sitkovetsky solid back-up. The scherzo’s tricky and demanding staccato threatened to fray rhythmically at times, although the players came together and dropped deftly to piano. The cellists also gave a great start to the Presto finale, but the promising launch wasn’t enough to overcome the absence of a strong keystone.