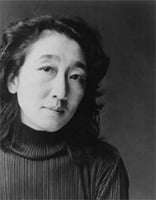 For many decades now – and certainly since Mendelssohn’s time at Leipzig – debate has raged as to whether or not the evil of conductors is entirely necessary. The Prague and Apollo Chamber Orchestras have typified one end of the spectrum; the work of Furtwängler and Carlos Kleiber has characterised the other. That the latter two were required on many occasions to conduct Classical-period music with orchestral forces approaching a hundred explains in part the post-war reaction to such excess, but both were known to prefer not to share the stage, and few of the greatest conductors have enjoyed reputations as productive or even interested partners.

This concert demonstrated both edges of the sword, and rarely have the virtues and failings of performing orchestral works without a conductor been illustrated more starkly.The Chamber Orchestra of Europe was directed by Mitsuko Uchida, who presented through her performances of the piano concertos one of the most perceptive, interesting and effortlessly musical intellects in contemporary musical-life. Although Uchida has performed Mozart’s concertos with dozens of conductors – and recorded them all with Jeffrey Tate – she is at her finest when left to direct on her own terms. Clearly, the Chamber Orchestra of Europe’s players know her well, and judging by their joyful reaction to the performances, they love her equally. Uchida as director brought a rainbow of colour to both works, shaping the music with considered tenderness, whilst managing not to sap it of its energy and intensity.

Such studied attention to detail is achieved commonly at the expense of structure, but Uchida’s deconstruction of both scores yielded wonderful returns, particularly during the often-difficult F major work, in which the exposition’s dotted-rhythm leitmotif appears in no fewer than 165 of the 400 bars. Such a concentration of ideas requires a creative approach, and Uchida managed to generate as much life from the orchestral playing as from her Steinway. 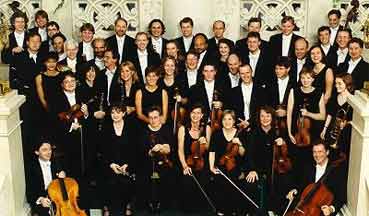 Unfortunately, the platform was laid out so that she had her back to the auditorium, with first and second violins either side of the piano, and because of the necessity of eye-contact with her players the piano’s lid was removed completely. As a result, a considerable amount of the piano sound was lost. Even though she was at no point over-peddling, it often sounded like it, and the clarity of her passagework was lost on occasion to the orchestra – fostering a sound that was wholly unrepresentative of the ensemble (whose playing was defined throughout by restraint and understatement) and the clarity of Uchida’s voicing. Even so, the Chamber Orchestra of Europe, led by Alexander Janiczek, was in exceptional form, producing a Spartan, almost introspective timbre that was modern, despite being influenced by the ‘period’-performance culture.

Uchida’s nurturing of sensitivity and rapport was not lost on the two other works, but where as director she injected the concertos with identifiable personality and direction, the conductor-less Metamorphosen and Siegfried Idyll were denuded of character.

Strauss’s late masterpiece has been played almost to death, and anyone used to hearing it performed live will know how urgently it requires the attentions of a conductor. Sadly, the direction of Janiczek provided no such character, and neither did the playing of the 22 other strings. Where the concertos had enjoyed varying warmth of tone, with notably differentiated vibratos, Janiczek’s direction was simply over-heated. It is true that the players attended to the often-difficult articulation and phrasing with skill, but their virtuosity failed to distract from the overall sense of anonymity.

In the hands of a capable conductor the disparate elements might have been brought together so as to justify the work’s transformative element. Instead, little of the music’s emotional complexity was relayed. Its inspiration is well-known, and much has been written about Strauss’s scribbles in the score, such as “In Memoriam” where the ‘funeral march’ theme from Beethoven’s ‘Eroica’ appears in the cellos and double bass, and “Trauer um München” (Mourning for Munich) on another of the pages. But Strauss’s music is less despairing than these facts might imply. Disappointingly, however, the players of the Chamber Orchestra of Europe appeared to believe in the funereal clichés, and their performance was determinedly grim, overlooking as it did the emotionally uplifting qualities to which Strauss himself attested.

Siegfried Idyll was not so much grim as dull; again, one wanted throughout for a sense of personality, of identity – all the more so, perhaps, by comparison with the sparkle and panache of Uchida’s performances. If it was an unfair (and perhaps defeatist) comparison, then the orchestra should have reflected on this disparity and invited Uchida also direct these pieces. It would have been very interesting indeed to hear what she might have done with these two much repeated, but rarely explored masterpieces.