Many composers, needing income, have had to turn their hands to jobbing composition. Schubert, almost all of whose sonatas only saw the light of publication posthumously, made an honest crust through writing over 400 dances. Charles Owen gave each of the 16 collected in D783 a robust and stirring individuality. Their binary form afforded opportunities for changes of direction and mood, abrupt and challenging changes of key and changes of engaging melody. Thus, even though the music was straightforward enough, there was room for some of Schubert’s hallmarks to shine through – especially when played so punctiliously and sensitively as here, in a performance whose spontaneity shone with the brassy inspiration of the open air. 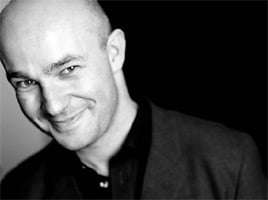 Owen’s handling of In the Mists was riveting, with an uncanny feeling for the brusque quality of Janáček’s sudden changes of theme, harmony, dynamics and key – together with a rare sense of the wholeness of the inspiration that drove the composition. In the Mists has four movements. It may even be a sonata. If so, in its extraordinary distinctiveness, it is Janáček’s own type of sonata, something unique. The raw grandeur of this performance deserved an accolade.

I found Fauré’s Nocturnes less arresting, even though the playing was no less meticulous and distinguished. Its caressing smoothness made it a distinctive foil to the striking angularity and changeability of Janáček – a (longish) interlude of unwavering softness that created for itself a limpid monotony, possibly not quite sufficiently French. (It will be interesting to hear Owen’s new Avie recording of this music.)

With Debussy Préludes (Book II), we returned to blazing genius. Each Prélude had distinctiveness, giving us a sequence which – in the best sense – exhibited an astonishing variety of wares from the same workshop. We had Debussy the dreamer and lover of things Spanish; the master of refined pianissimo, strident decibels, energy in repose, the blatant and the suggestive. Overall, the performance had a vitality that astonished.

With such an interpretation as this, Charles Owen gave himself the opportunity to display something unfortunately quite rare – consummate musicianship and technical finesse put unreservedly at the service of a deeply-sensed and scrupulously identified rapport with the works he plays.