The life but especially the career of Charles Tomlinson Griffes (1884-1920) rank among the more notable ‘might have beens’ of Western music. Although he lived to almost the same age of Mozart, his output is hardly comparable – but there are more than enough instrumental and vocal compositions of substance to warrant a concert devoted to his music.

Essentially, this means focussing on songs and piano pieces, though two chamber works were placed either side of the interval. As its title might suggest, Symphonisches Phantasie for two pianos (1910) is a product of Griffes’s postgraduate years in Berlin – secure in technique and assured if not overly imaginative in its handling of sonata form, but the lack of a distinctive melodic idiom makes it seem longer than it is, despite the sterling efforts of Michael Lewin and Charles Owen. Not so Poem for flute and piano (1918), among Griffes’s biggest successes in his native New York and whose absorption of impressionist elements is stylish and judicious. Ably partnered by Lewin, Adam Walker was responsive to its many subtleties and it would be good to hear him play Poem in its orchestral incarnation. 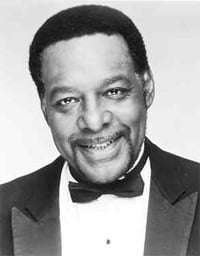 Griffes’s songs were represented by two contrasting groups, which in themselves gave a good idea of the stylistic ground he covered so swiftly. “Two Poems by John Masefield” (1918) are as contrasted expressively as the texts require, without suggesting much of a personal manner to underscore the composer’s keenness of response, while “Song of the Dagger” (1916) is an overwrought setting of a not very distinguished Romanian folk text – though Robert Honeysucker did what he could to bring out the energy behind the rhetoric. What a contrast with “Three Poems by Fiona MacLeod” (1918) – whose musings, tinged with the aura of ‘Celtic lament’, inspired songs of a poised intensity to which Angela Bic was more than equal. Whether at all previously familiar with these songs, she did them full justice and it would be worth hearing them again soon – as it would be hearing more of Bic.

The rest of the programme was devoted to piano music – certainly the most extensive component of Griffes’s output, and in which his steady emergence as a composer can most fully be gauged. Most of the earlier pieces featured here took shape during the period 1910-15, one of immense upheaval in Western musical culture and of which the American was audibly aware. Hence the expertly if not a little contrived chromatic inflections of Three Tone Pictures (not so removed in this respect from the earlier miniatures by Englishman Frank Bridge) or lively if uniform rhythmic profiles of the contemporaneous Scherzo and the Piano Piece in E. The Pleasure-Dome of Kubla Khan tempers its bravura with a sure overall formal momentum, and if the evocative qualities of this piece are heard to greater advantage in its orchestral guise, those of The White Peacock are comparably to the fore in its piano original.

Michael Lewin played all of these sensitively and with evident relish, but he audibly ‘raised his playing’ – as he needed to – for the Piano Sonata (1918) that is Griffes’s most enduring achievement. Gone are the fanciful titles and decorous qualities of yore: in their place is a hard-edged linearity and formal compression to make this three movements-in-one piece a milestone in piano music from the early twentieth-century. That this was to be followed by little more than the distilled, Scriabin-inflected gestures of Three Preludes (1919) is no small tragedy – given that Griffes was clearly poised to assume a pivotal role in the evolution of American music between the wars. Eloquently rendered by Lewin, it brought the evening to a powerful finish: the best of Griffes’s modest legacy is well worthy of revival, not least when its performers are so clearly attuned to its idiom as they were here.