Daniel Schnyder
Charlie Parker’s YARDBIRD – Opera in one Act to a libretto by Bridgette A. Wimberly [sung in English, with English surtitles]

Members of the Orchestra of English National Opera
Clark Rundell 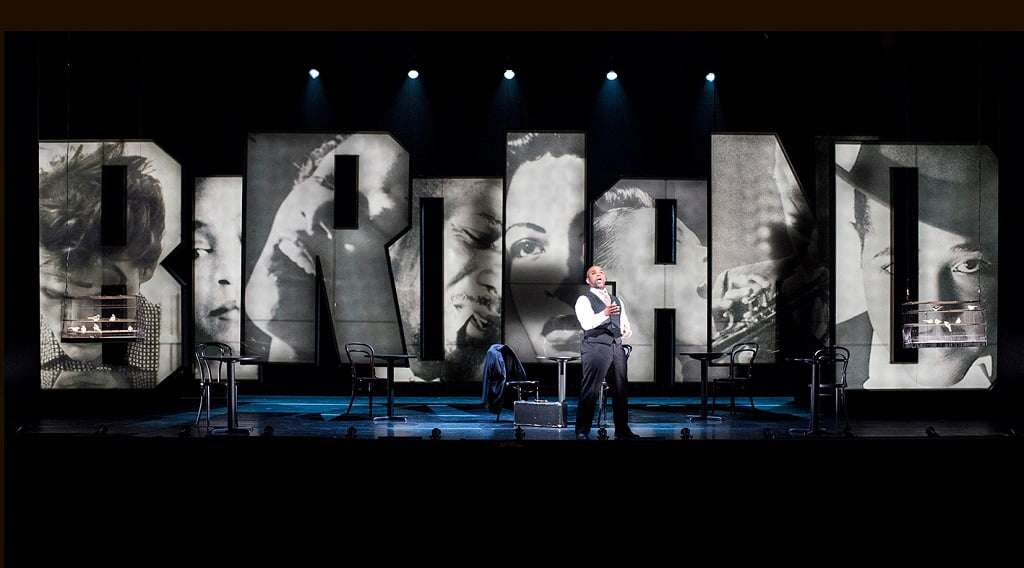 I knew nothing about Charlie Parker and, following this performance, I’m not sure that I know much more. Only late on do we see Parker’s instrument; indeed his saxophone is brought out of its case for a aria for him to say his farewell. The only other instrument seen is Dizzy Gillespie’s trumpet, with its distinctive angled bell. What I did glean from Daniel Schnyder’s mainly beguiling ninety-minute through-composed score is that there were five women in his life (his mother, three wives and the Baroness Nica whose white-only hotel room he died in).

Schnyder’s Charlie Parker’s YARDBIRD comes to Hackney Empire courtesy of English National Opera continuing its venture of visiting new venues, here a smaller-scale sister Frank Matcham masterpiece to its London Coliseum home (the Hackney Empire is about half the size, seats wise). It’s a welcome move and generated, at this final presentation at any rate, a large audience, both local and those from further afield with the astute choice of repertoire.

This was Opera Philadelphia’s first commission in nearly forty years. Since being unveiled in 2015, Ron Daniels’s production has also been seen in Chicago and now, with most of the original cast intact, comes to London. (This is the first of a number of Opera Philadelphia productions to be presented at Hackney Empire; in October, Daniel Bernard Roumain’s We Shall Not Be Moved , followed by – dates to be announced – Kevin Puts’s Elizabeth Cree.) 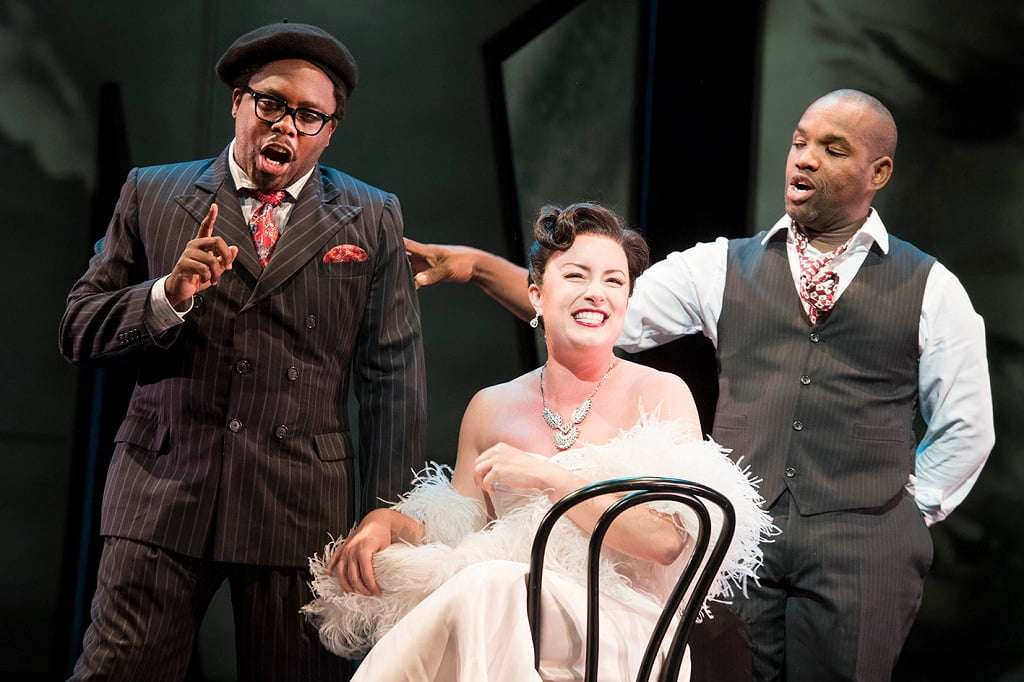 Daniels’s production is economical on Riccardo Hernandez’s black set, a few tables and chairs dotted about at the front of the stage to indicate Birdland. As we enter a dead body lies under a white sheet, with only the feet sticking out. As the music starts Charlie Parker appears in the aftermath of his death wanting to visit his club (Birdland now displayed in huge letters lowered from the flies) to write his final masterpiece. Baroness Nica de Koenigswarter appears and Parker finds himself recapping his life as we flashback to his childhood. We meet the first of the women that influenced him, his doting mother Adele, radiantly performed by Angela Brown. We quickly move forward through three wives (not in chronological order) – his first Rebecca, with whom he has a son in his own birthplace, Kansas City; Chan with whom he has two children (a heart-wrenching moment is her call to say his daughter has died) and finally Doris; his determination to excel at the saxophone; his move to California with Gillespie to develop bebop; his addiction to heroin and his time in Camarillo State Hospital.

As an almost-constant presence, Lawrence Brownlee’s suited Parker has an ever-engaging tenor, but it’s the women that Schnyder gives the better parts to, with Julie Miller’s Baroness and Elena Perroni’s Doris adding lustre to Rachel Sterrenberg’s Chan and Chrystal E. Williams’s Rebecca. Will Liverman’s baritone adds a little more male weight to the musical mix. At the end, over Parker’s white-sheet-shrouded body, the women sing an impressive ensemble, disputing where he should be buried.

Under Clark Rundell, the sixteen-strong ENO ensemble adapts easily to the swing enshrined in Schnyder’s score, which hints at Parker rather than quotes him endlessly. And while I found the opera as a whole no more than sketches Parker’s life and relationships, it engaged me enough to want to find out more.