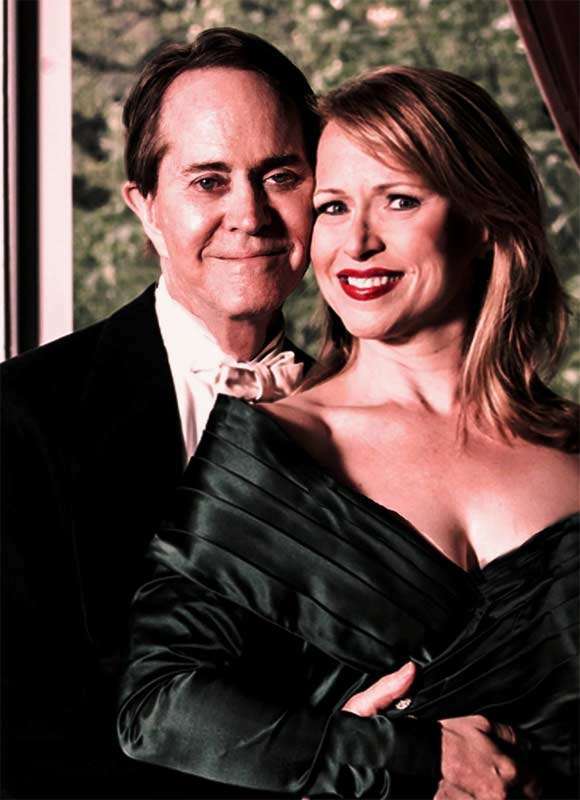 Karen Oberlin was last seen at The Crazy Coqs a year ago when she presented her sparkling tribute to Harold Arlen and ‘Yip’ Harburg, while Steve Ross is well known to cabaret enthusiasts as a master of popular song, a splendidly versatile vocalist and a superb pianist. Ross has presented countless programmes featuring the great songwriters, but for this latest intriguing evening the selections are numbers introduced or identified with Fred Astaire and Ginger Rogers. Irving Berlin said that he would rather hear Astaire sing than any other male vocalist (Alice Faye was his favourite female singer). Berlin is well represented here, along with Jerome Kern, Cole Porter and the Gershwin brothers. Only Rodgers & Hart failed to score an Astaire-Rogers movie. Though close to thirty songs are featured in the act, one could name around thirty more that might have been included.

Evergreens – ‘Cheek to cheek’, ‘Night and day‘, ‘The way you look tonight’, ‘I won’t dance’ – are given fine treatment by Oberlin and Ross, but there is also a good share of less expected material associated with Fred and Ginger such as Berlin’s delightful ‘Syncopated walk’ that Vernon and Irene Castle pranced to in Watch Your Step and ‘Embraceable you’, introduced by Rogers (somewhat inaudibly by most accounts) in the Gershwin musical Girl Crazy. Oberlin has the rarest number, Oscar Levant and Dorothy Fields’s ‘Don’t mention love to me’, from a minor RKO movie, In Person, and she has fun with one of the lesser known songs from Roberta, ‘I’ll be hard to handle’. Ross, never happier than when performing Cole Porter, warmly caresses the rueful ballad, ‘After you, who?’ from the stage version of The Gay Divorce, and solos on piano for a rapturous account of ‘Begin the beguine’.

Oberlin and Ross team particularly well when trading humorous quips – a partly spoken ‘Let’s call the whole thing off’ is a treat – and there are some humorous anecdotes as well as some pithy documentation – when Rogers made her Broadway debut in Girl Crazy, Astaire was the choreographer for ‘Embraceable you’. There are also some rarely heard lyrics – in ‘But not for me’ Oberlin resurrects the little heard concluding couplet, “Love ain’t done right by Nell, however, what the hell!”. Ross reminds us that ‘I guess I’ll have to change my plan’ was considered shocking when written (for the 1929 revue, The Little Show) because of the line, “Why did I buy those blue pajamas before the big affair began?”. It was banned on radio. Oberlin gets chuckles with her Pig Latin slang version of ‘We’re in the Money’, which Rogers did in Gold Diggers of 1933.

Oberlin and Ross remind us of ‘The Carioca’ and ‘The Continental’, the big production numbers, rarely heard today, from the first two films Astaire and Rogers made together, Flying Down to Rio and The Gay Divorcee. The voices of Ross and Oberlin blend as harmoniously as did the feet of Astaire and Rogers, and their show can be summed up in the title of their final encore: ‘S’wonderful!’.