Rubinstein
The Demon – Opera in three Acts with a Prologue and an Epilogue to a libretto by Pavel Viskovatov and the composer after Mikhail Lermontov’s poem [concert performance; sung in Russian, with English surtitles] 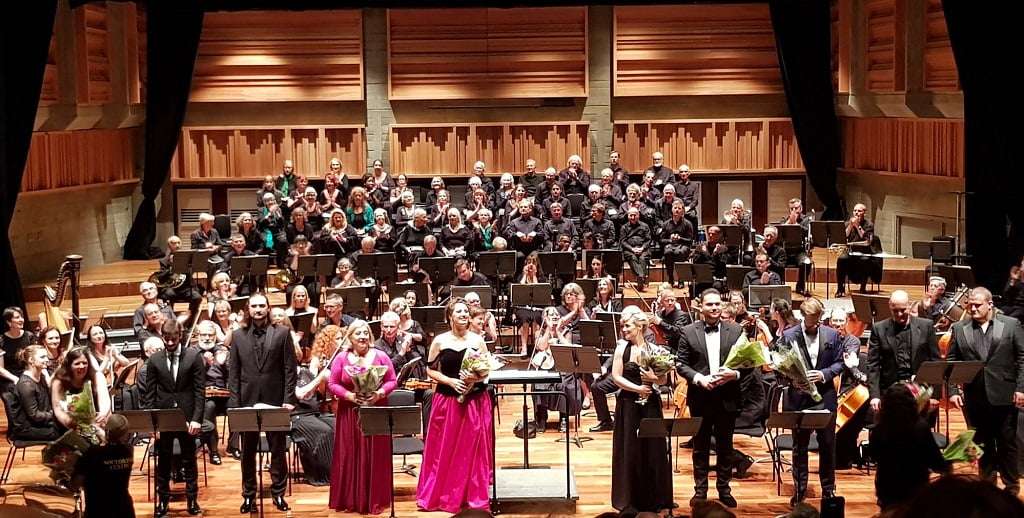 In the early years of its life Anton Rubinstein’s The Demon was a rather successful work; it received over 100 performances in its first decade. On the basis of this Chelsea Opera performance the current neglect of The Demon is a puzzle, for it offers singers some wonderful music to enchant and enthral.

The plot concerns unshakeable obsession and the mental terrorising of a maiden by the Byronic anti-hero. The Demon, at war with heavenly angels and God and imbued with hatred of mankind finds himself enthralled by the beauty and purity of Tamara and is determined to possesses her. He engineers the death of Tamara’s fiancée Prince Sinodal, and by intermittently revealing himself drives her to a state of neurosis that alarms her father, Prince Gudal, and the court. He pursues her to the convent where she has tried to evade him. Her resistance falters. She allows him to kiss her with predictably fatal results. The apotheosis shows the redemption of her soul and the consignment of The Demon to his everlasting angry isolation.

The music, blending Russian foundations with influences from western operatic traditions (Rubinstein was widely travelled) is often thrilling, and at times emotionally engaging – particularly the final Act, which is a prototype for the encounter of Eugene Onegin and Tatyana.

Oliver Zeffman and the Chelsea Opera Orchestra, on fine form, made a very persuasive argument for the work, successfully revealing Rubinstein’s striking effects. Elsewhere the propulsive surge of the strings in passages depicting the Demon’s turbulent existence was a prominent feature, as was the complex chromaticism at the start of the third Act. The ensemble passages, utilising most of the principals and the chorus, did not fail to excite.

Chelsea Opera managed something of a coup by having already engaged Andrei Kymach, recently the newly-crowned Cardiff Singer of the World, for the title role. He has a sappy virile voice, not without a hint of underlying steel, allied to a strong sense of musical line and an imposing stage presence. The Demon only really communicates with the Angel and Tamara. Kymach made these encounters suitably dramatic, whilst projecting the character’s isolation and also his dangerously alluring yet malevolent control over proceedings.

The rest of the cast was strong. As Tamara, Anush Hovhannisyan thrilled with the vibrancy and abandon of her performance, and dramatically she charted the mental decline and increasing emotional torment of the girl. Graeme Broadbent imbued the highly moral Old Retainer with wonderfully authoritative, rich and gravelly bass tone. Angela Simkin and Sarah Pring both brought rich vocal and theatrical individuality to their roles. Another fine singer was Giorgi Sturua who hails from the Bolshoi.

Not easy for a male choir of nineteen to encapsulate Prince Sinodal’s servants, retainers and soldiers as well as a vengeful troupe of tartars against an impressive orchestral onslaught but they managed extraordinarily well. Indeed, the entire chorus enjoyed the challenges, right up to the fabulously frenetic and then sugary final moments.