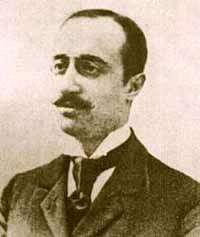 Even after the premiere of “Adriana Lecouvreur” at the Teatro Lirico in Milan in 1902, with Angelica Pandolfini, Enrico Caruso and Giuseppe De Luca, the composer continued to tinker with his opera, as with the dropping of the Prince’s aria ‘Candida lieve’. Although the work reached London two years later (Rina Gianchetti, Giuseppe Anselmi, Mario Sammarco and Eleanora de Cisneros at Covent Garden), it has never proved popular, and a performance in Britain is not common.

All credit must go to Chelsea Opera Group for presenting it. Andrew Greenwood drew committed and confident playing from the orchestra; certainly enough for the drama to unfold. 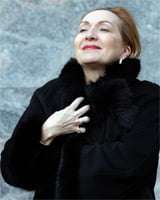 A strong cast had been assembled, led by Nelly Miricioiu as the eponymous actress. She showed that Adriana’s changing fortunes can be revealed without the singer going over the top. She knows how to play such a role, which she has sung a number of times, and her skilful working with the voice through its many shades and expressions created a full all-round picture of her character’s reactions. Her poised mezza voce upper notes and diminuendos were not only pleasing in themselves but helped to create a range of colours. It was interesting to note that although this was a concert performance she was responding to her colledagues and to the interplay, as did some of the others.

As Maurizio, Adriana’s lover, Peter Auty developed through the performance, with a slight initial tightness of tone giving way to a generous flow of strong tenorial sound. The opera’s final scene brought from him a weight of focused tone truly worthy of a lirico spinto tenor. He was not, however, just belting out, even in Maurizio’s third aria, the martial ‘Il russo Mèncikoff’, which he delivered spiritedly.

Rosalind Plowright’s jealous, unyielding Princesse de Bouillon was a haughty figure who unleashed a strong, dark tone at the start of ‘Acerba voluttà’, her entrance aria, as she waits for Maurizio, thinking, wrongly, that he loves her. Plowright kept her voice under control, making the Princess’s envy all the more potent for not being exaggerated by wild singing.

A baritone whom I had not heard before, Craig Smith, brought well defined tone to the part of Michonnet. His supported voice was firmly concentrated in a role which does not require the big guns needed for Verdi. Smith was well suited to his music. From conversation with friends afterwards I found that I was not alone in appreciating his contribution. One wonders why, as an Englishman, he is not better known in this country.

Andrew Mackenzie-Wicks was effective as the Abbé, his voice clear in a role which loses by not being performed in a full production. Young Daniel Grice presented a lightish, cleanly defined bass as the Prince.

The work does not give the chorus much to do, but COG’s massed voices performed their usual sterling task. It was another successful presentation. COG’s next offering will be “Simon Boccanegra”, in the original 1857 version, conducted by Tecwyn Evans at the QEH on Sunday 7 June.