Rossini
Mosè in Egitto – Opera in three Acts to a libretto by Andrea Leone Tottola after Francesco Ringhieri’s play L’Osiride [1818 version with some revisions of 1819; concert performance; sung in Italian, with English surtitles] 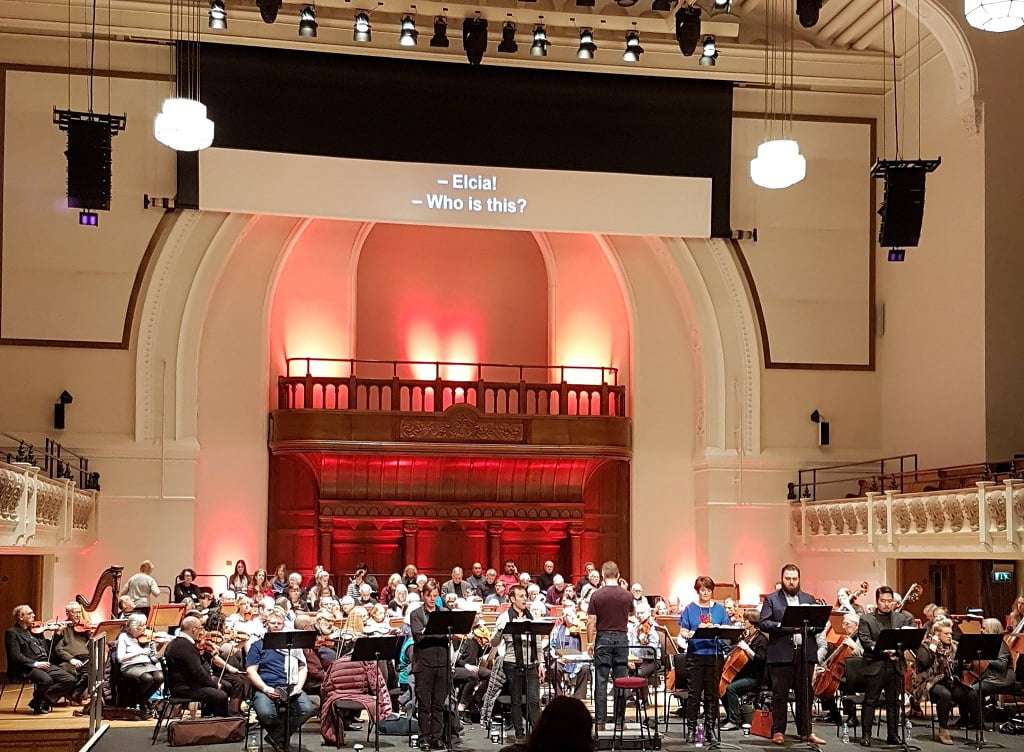 Appropriately for the season of Lent, Chelsea Opera Group presented this powerful performance of Rossini’s Biblical epic Mosè in Egitto, first offered by the composer during the same time of year in Naples where secular dramatic subjects were not permitted during the solemn period before Easter, and was once more highly regarded – for Italians, Moses’s leading the Israelites out of Egyptian captivity through the Red Sea pre-empted Verdi’s Nabucco as a symbolic, nationalist call for the unification of their country; whilst the treatment of the same episode as Handel’s Israel in Egypt and the Rossini’s preponderance of ensembles and choruses over arias, led to some popularity in England where, bizarrely, it was sometimes performed with interpolations from the Handel.

From the three arresting chords in C-major in place of an Overture, Robin Newton directed an interpretation of corresponding gravitas, stirring up the COG Orchestra impressively in the dramatic sweep of the first scene, from the initial commotion of the plague of darkness over Egypt, to the euphoric reappearance of light, reminiscent of the same progression in the first part of Haydn’s Creation. Likewise the players made considerable bluster for the storm at the end of Act One, and again for the sensational escape of the Israelites through, and the overwhelming of Pharaoh’s forces by, the Red Sea at the final climax. Resplendent textures from the brass and thundering timpani enhanced the effect of all these episodes.

At other times the strings were not quite crisp or unanimous enough, and if there were any quibble with Newton’s reading, it was that the fluid structure of the score – which shifts fairly seamlessly between accompanied recitative and more lyrical numbers – could have been delineated with more clarity and decisiveness between different sections to create a more consistent sense of dramatic narrative. But the execution of the music was otherwise excellent, such as a tender horn solo to accompany the Hebrew ladies Elcia and Amenofi’s Act One duet, and a fine battery of percussion delightfully colouring some of the Israelites’ music, sounding unexpectedly like the Turkish-themed sequences of Mozart’s Abduction from the Seraglio.

Rossini’s opera conflates the Biblical story with the love-interest of Ringhieri’s play L’Osiride that involves Pharaoh’s son and Elcia, and the former’s attempts to halt the departure of the Israelites so as not to lose the latter. Osiride is eventually thwarted – struck down by a bolt of lightning – but Nico Darmanin gave a suitably heroic performance, outstandingly even in tone throughout his vocal range, and acting the part with vivid gestures and actions so as to set the character at the centre of this performance.

Alongside him Daniel Grice’s Pharaoh was confident and authoritative (even whilst changing his mind more than once as to whether to liberate the Israelites) though comparatively more passive and vocally unvaried. Likewise James Platt made for a sternly assertive Mosè in advancing the cause of the oppressed Israelites, and threatening God’s vengeance upon the Egyptians (in that respect notably unlike the hesitant, uncertain figure of Schoenberg’s Moses und Aron). Platt rightly relented, however, with more lyrical fervour for the one famous number, the Act Three prayer to God before the Israelites’ departure, added by Rossini in his 1819 revision, and upon which Paganini wrote a set of variations).

In the other major role of Amaltea, Pharaoh’s wife, Anush Hovhannisyan made a fine contribution with her Act Two aria, in duet with a clarinet; initially a touch brittle, her coloratura for the faster stretta was splendidly pure of tone and exact in tuning, making a striking impression.

The Chorus was generally proficient in bringing sufficient clamour and urgency to the music for the Israelites, though occasionally with unfocussed sound. But yet again Chelsea Opera Group has done a commendable service in reviving a now rarely-seen stage-work that can only deepen our understanding and appreciation of Rossini’s sizeable output.