Boito
Mefistofele – Opera in a Prologue, four Acts and an Epilogue, to a libretto by the composer based on the play Faust by Johann Wolfgang von Goethe [concert performance of the final version of 1881; sung in Italian, with English surtitles] 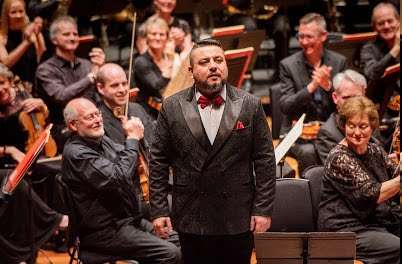 Boito’s Mefistofele gets relatively infrequent airings. Boito’s brilliance as a librettist for Verdi is often commented upon, but his working of the Goethe narrative of Faust for his own Mefistofele is curiously lacking in dramatic progression and sweep, seeming to rely on an expectation that we all know the plot. Thus, the preamble to Faust’s wooing of Margherita whilst Mefistofele keeps Marta distracted is dispensed with and we start Act Two with the lovers already in full flow. Boito also chose to include the Helen of Troy scene from Goethe’s work – generally ignored by other composers.

Dramatically more akin to the Faust works by Berlioz or Schumann the music certainly deserves greater exposure, for there are times when a real individuality in orchestration and expression strike one, even if they are often not developed or maintained.

There are some important contributions needed from the chorus, but the work relies particularly heavily on the soloists. The title role requires a bass singer of full rich voice with real stage presence and ability to us on-side. Chelsea Opera was lucky to engage Vazgen Gazaryan. Despite having the score he seldom used it. The voice is robust and firm throughout its wide range and he knows how to colour the tone well, particularly when Mefistofele is in sardonic mode. Nattily dressed in black suit with red tie, hanky and socks and not-so-discreet glittery shoes he eschewed the bravado, bonhomie and ebullience that was a characteristic of other interpreters (Siepi, Treigle, Ghiaurov and Ramey) in favour of something rather more enigmatic and sinister – an original touch.

Elizabeth Llewellyn was at her radiant best in her two incarnations as Margherita and Elena, differentiating the two beautifully. As Margherita in love she unleashed waves of powerful velvety sound but then found exactly the right sense of pathos and stillness as she is imprisoned and seeks salvation. As Elena she was full of dangerous allure. The wide-eyed faces of the Capital Arts Children’s Choir (a distinct asset to the evening) marvelling at it was a delight! 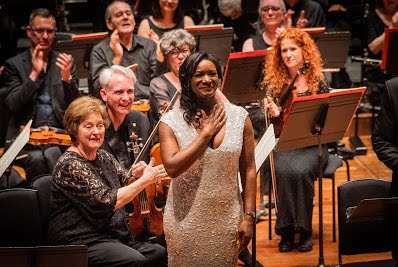 There was a more comprehensive dramatic performance trying to emerge from Llewellyn – but she was partly hampered by a lack of engagement from Faust, Pablo Bemsch. His singing was super – glorious full-throttle Italianate tone and style throughout this taxing role – but he was, sadly, glued to his score and did not strike up a great rapport with his colleagues.

In the supporting roles the qualities of Aaron Godfrey-Mayes and Angharad Lyddon were positive. Lyddon certainly made the most of her duetting as Pantalis with Llewellyn’s Elena – a wonderful blend of two distinctive voices. The chorus has fairly tough music, often set against some pretty dense orchestral competition, and there were times when one wished for a little more body to the sound and a greater sense of both attack and abandon.

Orchestrally, the performance was very strong with Matthew Scott Rogers launching into the introduction almost as soon as he was on the podium and maintaining that throughout. The dances had real vitality and some of the solo passages – notably those of the harp and oboe – were ravishingly played, although the fortissimo passages were almost overwhelming. Fascinating to re-encounter Mefistofele – now for Nerone (please)?