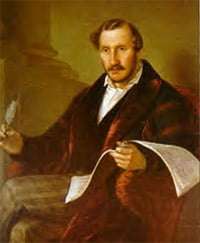 As was often the case in the realm of Italian opera in Donizetti’s time, censors interfered and banned a premiere, in this instance “Maria Stuarda” in Naples in 1834. It was not until the penultimate day of 1835 that the work was first staged, in Milan. It is a splendid opera, with some glorious melodies, not least Maria’s prayer before her death.

Chelsea Opera Group presented the 1991 edition based on the autograph manuscript, returning to the original two acts rather than three. Two sopranos sung the warring queens rather than the more usual soprano (Maria) and mezzo-soprano (Elisabetta), though one available recording employs two sopranos in Beverly Sills and Eileen Farrell. When English National Opera staged “Maria Stuarda” years ago (also recorded), the casting was reversed, with the mezzo (Janet Baker) taking Maria.

Majella Cullagh was COG’s Maria, a role she has sung elsewhere and to which she is well suited vocally. At home in the field of bel canto, as in a number of recordings for Opera Rara, she brought her usual gleaming sound and freedom of voice, rippling through the cabalettas, adding decorative touches in da capo sections, yet spinning out long cantilena phrases on a smooth vocal emission. There is a line in Maria’s prayer in which she projects a single note over the chorus. It culminates in a four-note ascent: very effective if encompassed in one breath. Cullagh managed to do just that.

As Elisabetta was South African soprano Sally Silver, making her COG debut, and a very successful one. She too experienced no difficulties. Her voice has the focus to convey Elisabetta’s firm resolve. History supports Elizabeth, but Donizetti has skewed the story in Mary Stuart’s favour, and his Queen of England has few pleasant features. Silver’s accomplished technique and a voice in pristine condition were on a par with Cullagh’s, the two sopranos carrying the evening before them.

I was in two minds about American tenor Todd Wilander. There was little ‘beef’ in his high-centred tone, which was steely and, on higher notes, pinched. He started well, but it became apparent that he was experiencing problems, almost marking some notes rather than singing them full and even. I thought he had sung them so quietly that I just did not hear them. I was told, by someone sitting closer to him that I was, that he omitted them. Wilander struggled again in the trio near the start of Act Two. It was not until the next day that I was informed that apparently he had been unwell. If so, an apology should have been made on his behalf. Wrong impressions may have been formed. I should like to hear him again, to make a better judgement.

Anne Marie Gibbons’s well-placed mezzo is worthy of more than comprimario roles. The basses Roderick Earle and Philippe Fourcade, with contrasting voices, gave good support. Earle’s tone did seem a bit fixed, as though he was not confident enough to let it flow freely. Fourcade’s more open sound had some roughness for a few minutes at the beginning but became steadier and stronger.

COG’s amateur forces came together well under Tecwyn Evans, born in New Zealand despite his very Welsh Christian name. Both chorus and orchestra can be relied upon to give their respective best. I am sure some younger voices would be welcome: some golden threads among the silver, but the loyal participants continue to give pleasure. (One chorister told me that he has been a member for 25 years and is still one of the youngest.) Evans paced the music sympathetically and gave good support to his soloists, allowing them freedom to phrase intelligently. COG would do well to invite him back. The orchestra was excitingly rousing in the finale.

On 29 March, COG presents the 1847 version of Verdi’s “Macbeth”, with Nelly Miricioiu as Lady Macbeth. That will be at the Queen Elizabeth Hall rather than the acoustically superior Cadogan Hall. Then comes Massenet’s “Cendrillon” with Liora Grodnikaite on 1 June, also at QEH.