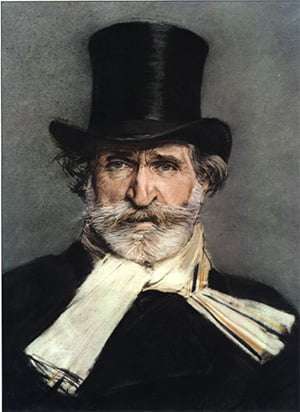 During the mid-to-late-1960s, the early operas of Verdi (those he termed products of his “galley years”) were just beginning to be explored and re-assessed. Having languished in critical derision for decades, works such as Nabucco, Ernani and Attila, as well as the later Macbeth and Luisa Miller began to be taken seriously. Less frequently did one hear the claim from academics that only Otello and Falstaff were true masterpieces.

Chelsea Opera Group was born during this period of critical disapproval and it took the company a while to warm up to the Verdi revival, with only eight of his operas performed in the first three decades of the group’s existence. In the last quarter-century, however, the early works have received much greater attention, with performances of Nabucco, Ernani, Aroldo, La Battaglia di Legnano, Jerusalem, Luisa Miller, I Lombardi, Giovanna d’Arco, Attila, and the 1847 version of Macbeth.

COG’s offering for Verdi’s bicentenary year was Alzira, an opera which has been much slower acceptance and has been virtually unknown. Its Covent Garden premiere was as recently as 1996 (a concert and for a single performance) and only three Verdi operas have received fewer recordings. Alzira was the product of an invitation from the San Carlo theatre in Naples, then, as now, one of Italy’s most prestigious houses, with the added benefit that Verdi could benefit from working with Salvatore Cammarano, at that time (1845) widely regarded as Italy’s leading librettist (and later to be the author of the Il Trovatore text). The singers were drawn from some of Italy’s finest, so Alzira had a great deal going for it. Verdi’s own attitude towards the opera swung markedly over the years. He was optimistic about its chances of enduring success but history proved him wrong and he was later to describe it as “downright bad”. Within ten years the work had dropped out of the repertory, where it languished for virtually a hundred years. 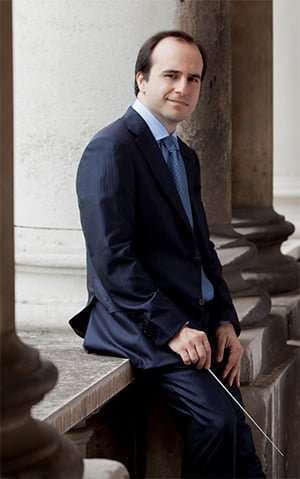 Certain features can be held responsible for this turn of events, not least the plot was denuded of virtually all its religious and political dimensions in the conversion, and the clash of cultures which Voltaire depicts in the relationship between the Inca lovers and the European governor boils down to nothing more than rivalry in love. Alzira is one of Verdi’s shortest operas. Arguably the libretto would have been better suited to Donizetti’s more expansive treatment than to Verdi’s terse setting. He even had to be commissioned to add an unplanned overture at the last minute.

A brief assessment of the music reveals a curate’s egg of a work. The tenor’s cavatina in the Prologue is similar to its counterpart in Verdi’s previous opera, Ernani. Unfortunately this one runs out of melodic interest quite soon, though turning the cabaletta into a battle hymn for the Incas gives it a compelling impetus. Act One introduces us to Gusmano in an aria which never rises above the routine. When it is indistinguishable from any number of others and the ensuing cabaletta has a melody as insipid as this, the baritone has some catching up to do. The scene changes to Alzira’s quarters and the standard rises. Her aria is in the narrative shape which Cammarano was to use in Il Trovatore. Alzira, of all three principals, gets the best aria, initially forceful and mobile, followed by an extended lyrical phrase, with a cabaletta which twinkles with staccato triplets, trills and scales.

Next comes what must be one of the shortest love-duets in operatic literature. The quality is uneven. The excitement of the lovers’ reunion is succeeded by a rewarding passage marked lento e piacere in which the pair reassure each other of the sincerity of their affection before they break into a stretta of rather foursquare melodic shape with voices in thirds and sixths.By contrast, the duet between Alzira and Gusman must be one of the best of that ilk before Rigoletto. Zamoro’s second aria is touching and musically imaginative, but I am forced to the conclusion that the most consistent musical quality is to be found in the two finales. That to Act One is the more extended and inventive: set in motion by Zamoro with his “Tecospirai” the concertato has a lugubrious opening D flat, turning to an extended melody from Alzira, settling into a sextet as good in its way as that from Donizetti’s in Lucia di Lammermoor, with singers paired. The Act Two finale provides a noble conclusion to the work. At the core of it is the recently redeemed Gusmano: his flowing, generous melodic line is punctuated by the interventions of the other voices.

On the solo side, COG’s performance was very strongly cast. Mario Sofroniou’s performance as Zamoro suggested a singer with a future. In the Prologue and first Act he kept his powder relatively dry but his tone expanded readily for his declarations of patriotism and love. His stance on the platform was also rather phlegmatic. One suspected that he was holding something back for the Act Two scena, and the tactic paid off in the extra vocal freshness with which he arrived there, and the concluding B flat truly crowned his performance. Mark Holland does not have the most ingratiating of baritone voices. He occasionally landed on the flat side of a note and one might have preferred more elasticity to his tone but he has the wherewithal for the role of Gusmano. His characterisation of the Spanish ruler was as relentless as his singing: a thunderous scowl never left his face.

COG’s promotional angle on the performance had been the participation of Majella Cullagh in the title role. She introduced herself with a perfectly poised soft note and many vocal graces were to be heard from her. But she also held her own in the testing finales. The voice already has a muscular element to match its beauty. Her duet with Holland was a highlight. Though this was a concert performance the two singers turned it into a direct physical confrontation, with Gusmano’s brutish intimidation bullying Alzira into submission. The only possible reservation was that this made his change of heart in the following scene somewhat implausible.

COG engaged a particularly strong complement of voices for the minor parts. Paolo Battaglia’s bass tone was rounded and sonorous and his acting as the father of Gusmano sincere. Ataliba, Alzira’s father, is given some utterances which promote him to the front of the lesser characters. Francisco Javier Borda sang the part with tonal incisiveness. Paul Curievici’s clear, bright tenor has been heard before with COG and Liora Grodnikaite was luxury casting as Alzira’s maidservant.

Gianluca Marcianò’s conducting did not hide the coarser elements of the young Verdi’s style. He let the orchestra have its head in the louder passages, encouraged the crude scoring which is so characteristic of the early works, and did not restrain the doubling of melodic lines which added an element of homespun vulgarity to the accompaniments; Marcianò revelled unashamedly in the sheer colour and noise. Several times jumping into the air, he conveyed his own excitement to the performers. If too much was heard of the percussion, it was Verdi’s fault. I know some felt that the orchestra was too loud, covering the singers in the first Act finale. I disagreed, except in relation to the chorus, its members a long way back in the Queen Elizabeth Hall and deriving no help from a sunken orchestra pit. Alzira is an ideal chorus opera and the COG choristers performed with enthusiasm, with only a slight raggedness from the men in Act Two/scene 2 being a fraction disappointing.

Alzira was an inspired choice and COG is to be complimented for its generosity in allowing the London public to hear a virtually unexposed Verdi opera in this particular year. The performance was dedicated to the late Sir Colin Davis and preceded by a tribute to the President and first conductor of Chelsea Opera Group by David Cairns, the Leporello of the production of Mozart’s Don Giovanni with which COG began its activities in 1950. The orchestra then played the Overture to that work with noticeable élan.